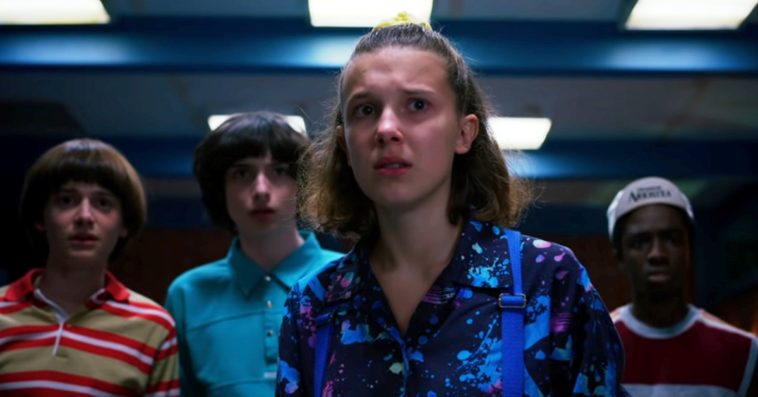 Two weeks before the much-awaited return of Stranger Things, Netflix has dropped the final trailer for Season 3 of the retro sci-fi hit.

The hair-raising three-minute video opens with an ominous voice saying, “You let us in… and now you are going to have to let us stay.” As expected, Eleven (Milly Bobby Brown) is confused because she thought all along that she’d already closed the gate to the Upside Down for good.

With Eleven’s uncertainty, Will (Finn Wolfhard) comes up with a frightening theory: “What if he never left? What if we locked him out here with us?” As Will speculates that the Demogorgon might “attach himself” to “a new host,” the trailer shows a shot of Billy (Dacre Montgomery) looking quite wicked. Is Max’s (Sadie Sink) brother the show’s new big bad? Only time will tell.

To keep her kids away from danger once and for all, Joyce (Winona Ryder) vows to help end the evil invasion. Jonathan (Charlie Heaton) and Nancy (Natalia Dyer) are also ready to protect themselves and their loved ones against the evil forces. The former is seen grabbing an axe while the latter is seen cocking a shotgun at some point in the trailer. Also, Steve (Joe Keery) and his buddy Dustin (Gaten Matarazzo) find a strange vial of glowing green goo.

The trailer ends with an action-packed sequence, in which the crew hides from an unseen monster lurking inside the town’s new mall.

Aside from dropping the final trailer for Stranger Things Season 3, Netflix also released the synopsis for the show’s next 8-episode run:

“It’s 1985 in Hawkins, Indiana, and summer’s heating up. School’s out, there’s a brand new mall in town, and the Hawkins crew are on the cusp of adulthood. Romance blossoms and complicates the group’s dynamic, and they’ll have to figure out how to grow up without growing apart. Meanwhile, danger looms. When the town’s threatened by enemies old and new, Eleven and her friends are reminded that evil never ends; it evolves. Now they’ll have to band together to survive, and remember that friendship is always stronger than fear.”

The complete third season of Stranger Things will be available to stream on Netflix starting July 4th.