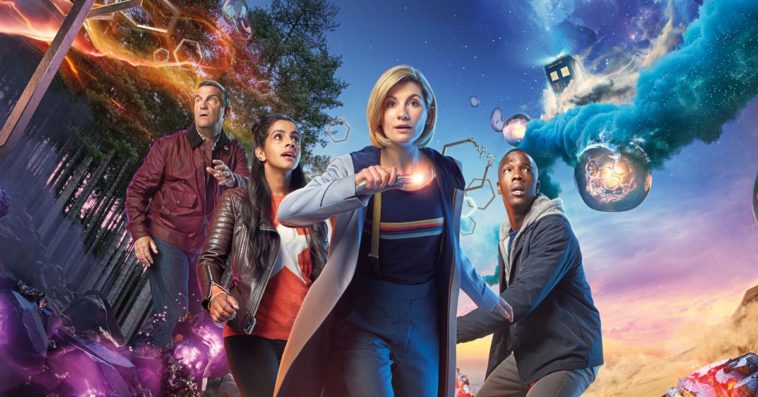 The impending arrival of a mysterious threat puts the world in great peril in the official trailer for Doctor Who New Year’s Day special.

Released just before the airing of the show’s season 11 finale, the 30-second teaser finds the thirteenth doctor (Jodie Whittaker) and her companions Graham (Bradley Walsh), Ryan (Tosin Cole), and Yaz (Mandip Gill) in the middle of a very serious situation inside the TARDIS control room.

“This is the DNA of the most dangerous creature in the universe,” the doctor reveals to her team as she intently looks at something in the console of the time machine.

Shocked by what he’s just heard, Graham asks the doctor to give more details. “It’s been buried on Earth since the ninth century,” the doctor adds of the upcoming menace as explosive battle sequences both in the past and in the present are shown.  “It’s not gonna stop until it has taken control of this planet. It’s gonna kill anyone that gets in its path.”

Though the trailer ends just before the doctor reveals the name of the threat, the immediate assumption of most Whovians is that Whittaker’s character is referring to Daleks. But since the said character has already been featured on the show several times in the past, it wouldn’t be surprising if the “dangerous creature” the doctor is talking about is something that fans haven’t seen before.

Doctor Who New Year’s Day special, titled Resolution, will premiere on Tuesday, January 1st, 2019 at 8:00 pm ET on BBC America. The whole TARDIS crew will then return for a brand new season in early 2020.