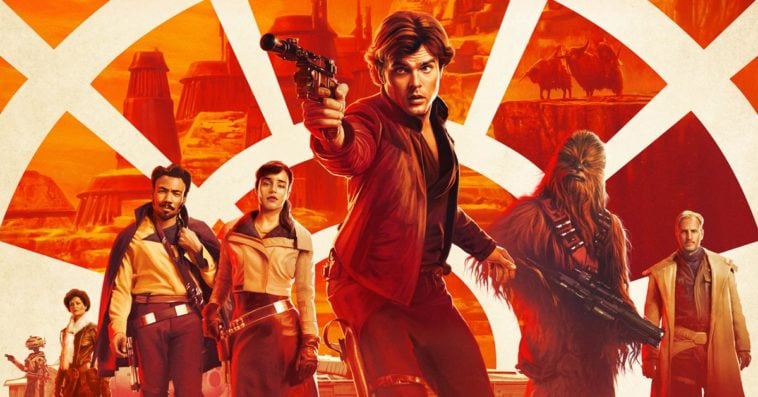 Netflix is starting the upcoming New Year with a bang!

The streaming giant has just shared the list of new titles that will be available this January and there’s something for just about everyone.

If you’re into action and adventure, then you’ll definitely enjoy the complete Indiana Jones film series (January 1st). You’ll also get the chance to watch Solo: A Star Wars Story (January 9th), Marvel Studio’s Ant-Man and the Wasp (January 29th), and Disney Pixar’s The Incredibles 2 (January 30th) on the platform just before the Mickey Mouse company launches its own streaming service Disney+ in late 2019.

Besides The Incredibles 2, another animated movie coming to Netflix next month is Sony Pictures’ Hotel Transylvania 3: Summer Vacation (January 24th). The streamer is also adding two new animated series to its library, and these are Pinky Malinki (January 1st) from Nickelodeon and Carmen Sandiego (January 18th), which features the voice of Jane the Virgin’s Gina Rodriguez. The month also marks the Season 5 premiere of DreamWorks Animation’s Trolls: The Beat Goes On! (January 18th).

On the live-action front, you’ll get to see the last seasons of A Series of Unfortunate Events (January 1st) and Unbreakable Kimmy Schmidt (January 25th) as well as the new seasons of Friends from College (January 11th), Grace and Frankie (January 18th), and Z Nation (January 27th). The second season of Marvel’s The Punisher will also debut in January, but its exact release date has yet to be announced.

Netflix also has a slew of new titles for documentary fans. This includes ReMastered: Massacre at the Stadium (January 11th), FYRE: The Greatest Party That Never Happened (January 18th), and Conversations with a Killer: The Ted Bundy Tapes (January 24th).

Meanwhile, the following are some of the big titles that will be leaving Netflix next month: Blade, Blade II, Sharknado film series, The Godfather trilogy, Rogue One: A Star Wars Story, and The Lord of the Rings: The Fellowship of the Ring, among many others.