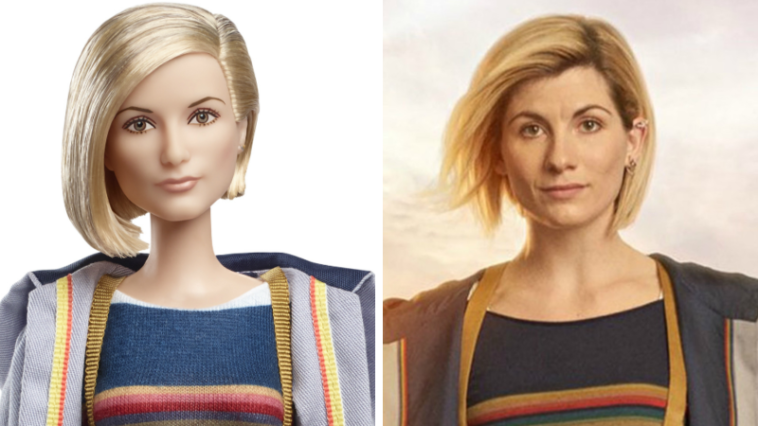 Actress Jodie Whittaker is receiving her very own Barbie doll and she is the first ever Doctor Who to be immortalized as a Barbie.

In honor of Doctor Who’s first female lead, the BBC and Barbie have joined forces to create a doll to commemorate the milestone achievement. Barbie has a history of turning pioneering female role models into figures meant to inspire young girls all around the world. Whittaker now joins Amelia Earhart, Gabby Douglas, Frida Kahlo, and a host of other women that have accomplished greatness in their respective field.

The upcoming doll dons the Doctor in a “rainbow-striped t-shirt, cropped trousers, and a trench coat,” according to Nerdist. And in case you were wondering, they didn’t forget the Time Lord’s sonic screwdriver nor the iconic suspenders and lace-up boots.

Certain outlets – including HotTopic – are now taking preorders ($50) for the upcoming doll. However, if you’re interested in buying your own, you better act fast, because Doctor Who’s massive debut suggests there’s a ton of interest in the new season.