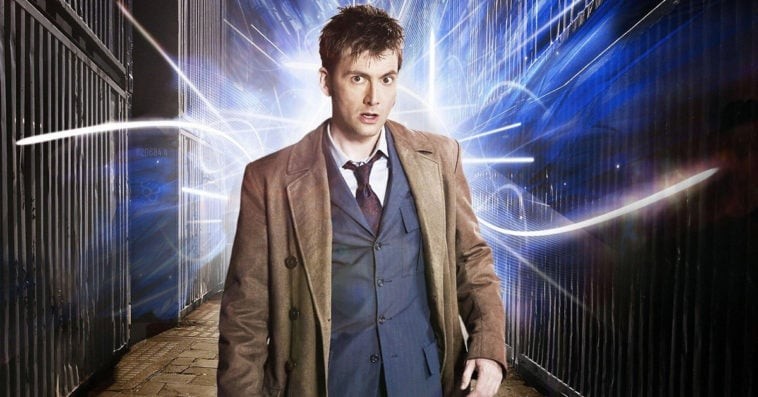 After playing the Tenth Doctor in Doctor Who, Kilgrave in Marvel’s Jessica Jones, and Barty Crouch in Harry Potter and the Goblet of Fire, David Tennant has revealed that he’d also love to be a part of the Star Trek franchise.

During a recent Reddit AMA to promote the second season of his podcast, Tennant was asked whether there’s any other media franchise he’d like to cross off his acting bucket list. “Star Trek would be great,” he replied. “After talking to George Takei for the podcast I’ve got a bit immersed in it.”

Takei, who played Hikaru Sulu in the Star Trek: The Original Series, is one of Tennant’s upcoming guests in the sophomore run of his podcast, which also includes interviews with Jim Parsons, Judi Dench, Brian Cox, and many more. The episode with Parsons has been released earlier this week.

While Tennant didn’t explain how exactly his conversation with Takei has left him interested in knowing more about the Star Trek franchise, a number of concepts in the Gene Roddenberry property were actually based on Doctor Who. For instance, Star Trek’s the Borg was actually inspired by Doctor Who’s the Cybermen. In fact, the Star Trek: The Next Generation (TNG) episode that introduced the Borg is titled Q Who ― an apparent nod to the British sci-fi drama franchise produced by the BBC since 1963.

Interestingly, based on responses from Reddit, a lot of fans seem to love the idea of Tennant taking on the Star Trek role of Q, which was originally played by John de Lancie in TNG.

Also during the Reddit AMA, Tennant revealed that after playing Kilgrave on Marvel’s Jessica Jones he’d be “very happy [to] play whoever DC suggest[s].”

Succeeding Christopher Eccleston and preceding Matt Smith in the role of The Doctor, Tennant starred in Doctor Who for three seasons and nine specials from 2005 to 2010.