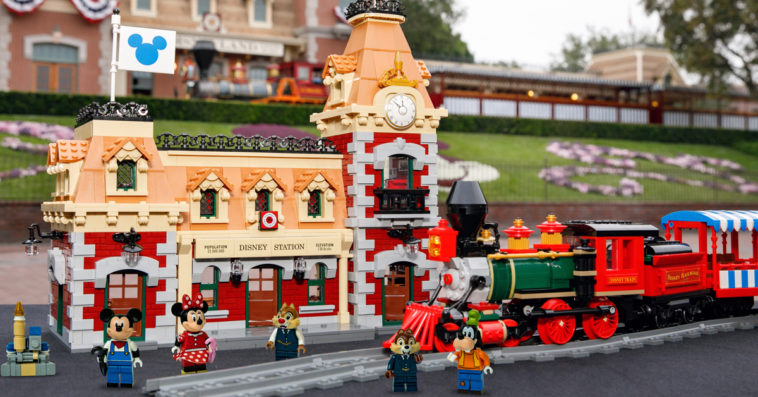 Relive your fun trips to The Happiest Place on Earth with this magical LEGO playset inspired by the classic Disneyland Railroad attraction.

Comprised of more than 2,900 LEGO pieces, this train and station set includes 16 curved pieces and 4 straight pieces of track, a motorized steam-style locomotive with tender, a spacious passenger car, a luxurious parlor car, and an iconic Disney Parks-style station building. 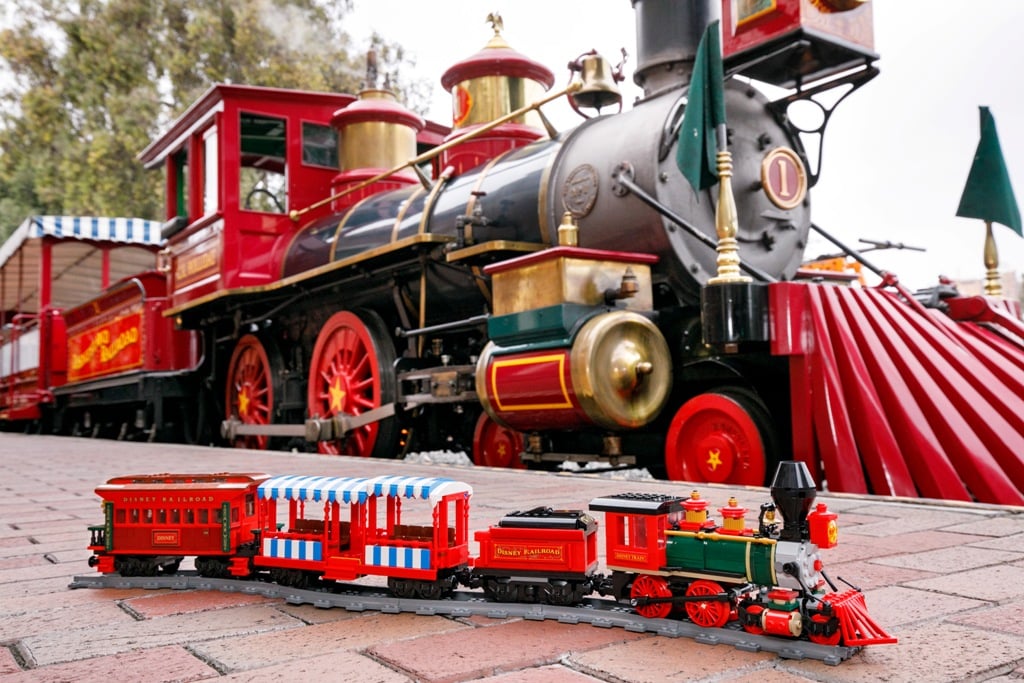 The passenger car, meanwhile, has seating for LEGO Disney minifigures like Mickey Mouse, Minnie Mouse, Chip, Dale, and Goofy, which are all included in the playset. 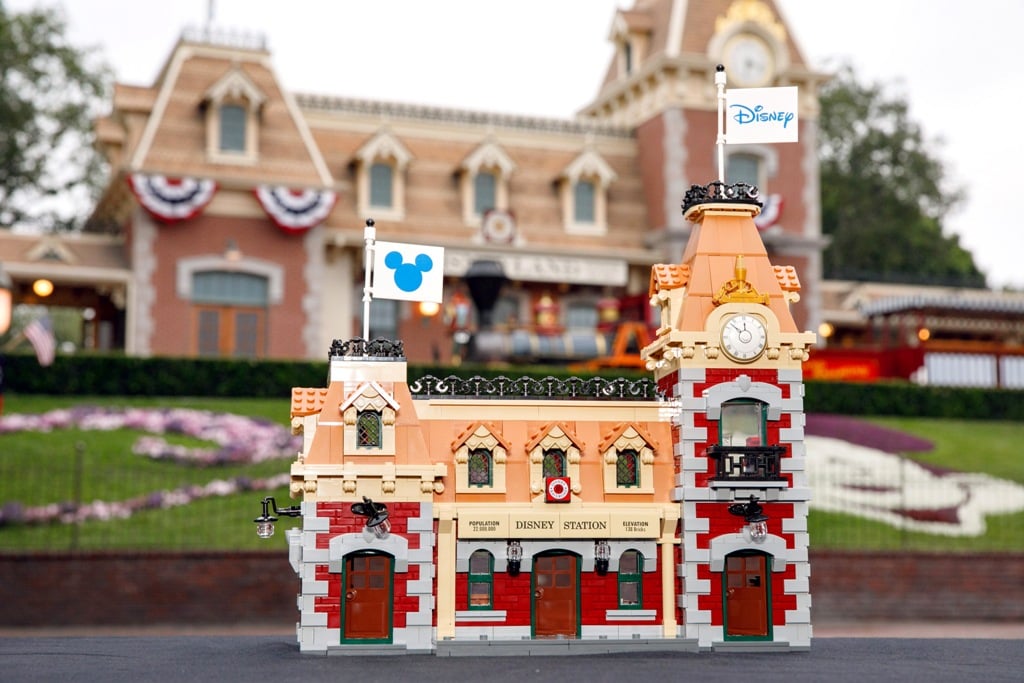 The parlor car can be opened by removing its panel, giving players access to its detailed interior that is furnished with table, armchairs, teapot and cup, and more.

Lastly, the train station building has a quaint exterior that features a detailed facade with balcony, a clock, and 2 flagged towers. The interior of the building houses a ticket counter, a café corner, a Disney-themed tower room, and an array of brick-built furnishings, including draped windows, wall clock, chandelier, and many more. 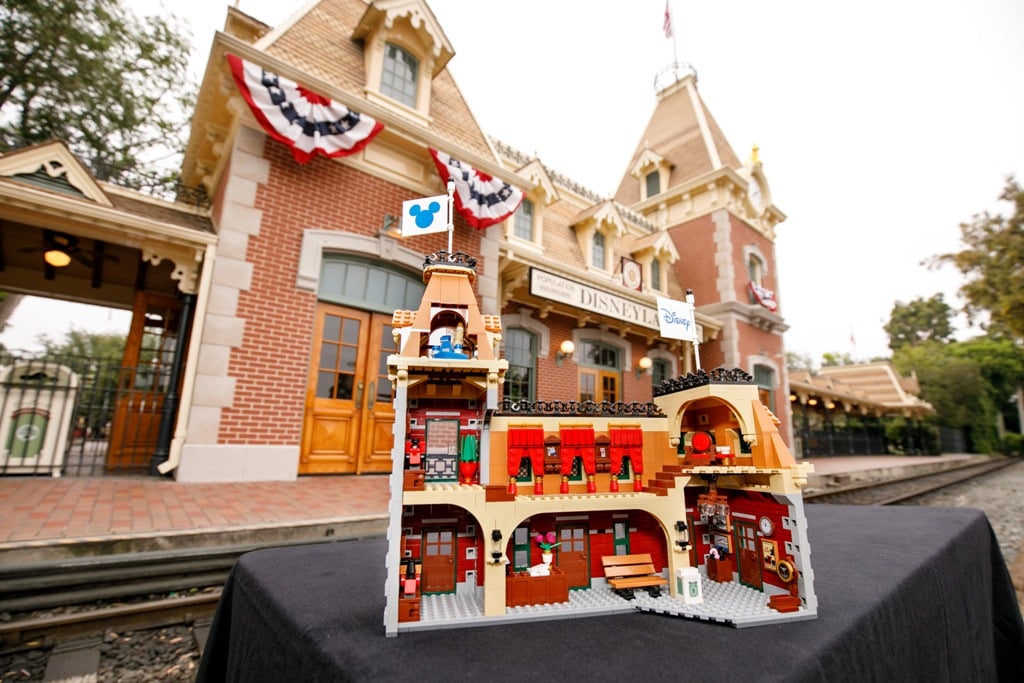 This building set also comes with magnetic LEGO couplings that allow builders to connect the locomotive and the train cars to one another securely and with ease. When everything is all joined up, players can also control the train while emitting realistic sound effects using a smartphone or a tablet through the LEGO Powered Up app. 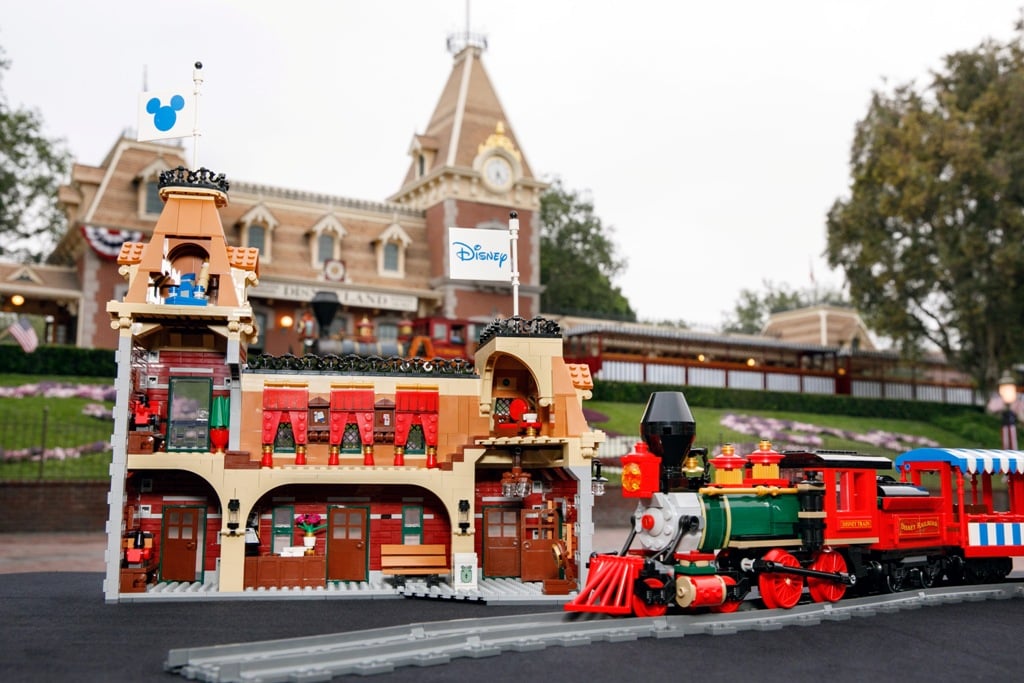 Priced at $329.99, this LEGO Disney train and station set will be available directly from LEGO retail stores and at shop.LEGO.com for LEGO VIP members starting August 21st. The general public, meanwhile, can purchase the set beginning September 1st.