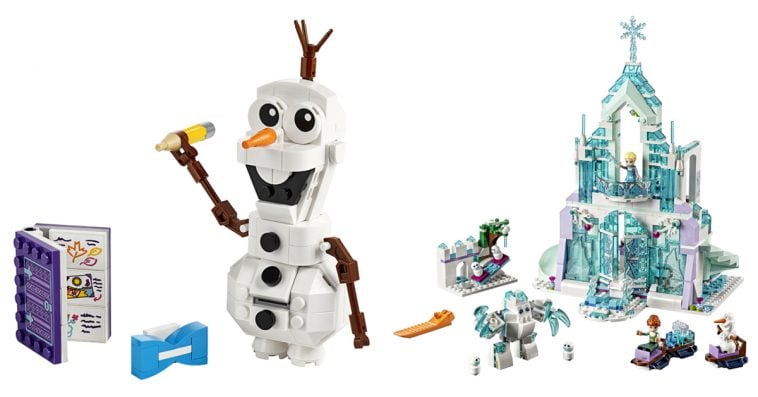 In celebration of Disney’s Frozen Fan Fest that marks the official launch of all the latest Frozen 2 merchandise starting October 4th, the LEGO Group has unveiled seven new building sets inspired by the much-awaited movie sequel.

Based on scenes from the upcoming animated movie, these construction toys feature original franchise characters like Elsa, Anna, and Olaf as well as new allies and threats. All these playsets are now available at shop.LEGO.com, in LEGO Stores, and other toy stores worldwide. 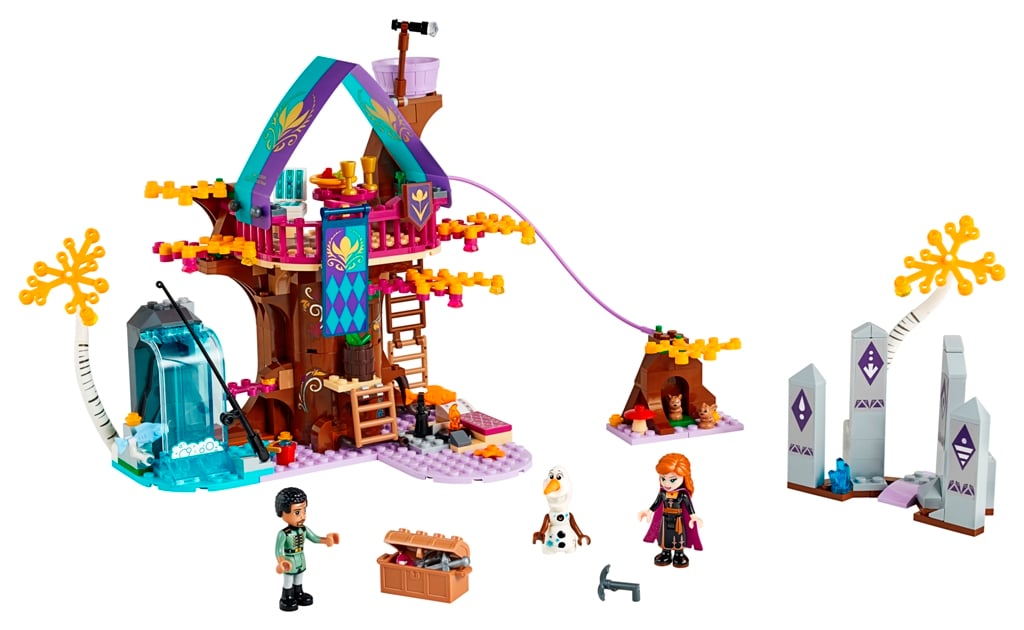 This treehouse has a downstairs bedroom, upstairs dining area, lookout tower, zip wire, bunny house, camping area, a fishing area, and a magic portal. The set also includes towering mythical stones that hold clues of an ancient magic that has been reawakened. Completing the set are mini-doll figures of Anna and new character Mattias, plus LEGO figures of Olaf, two bunnies, and a fish. 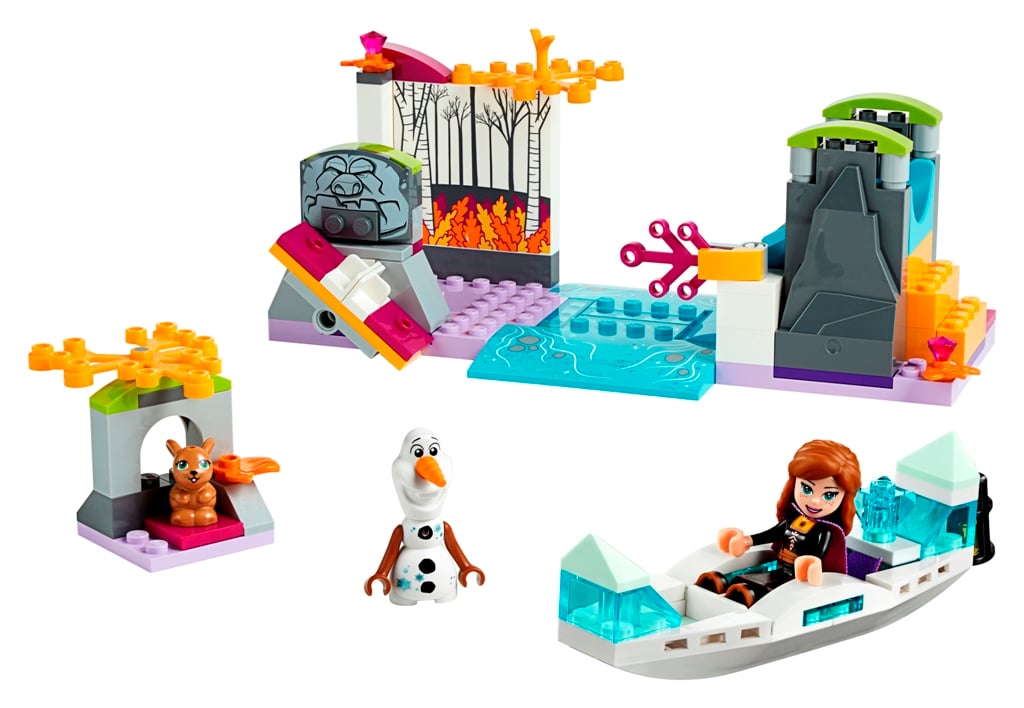 This adventure playset features an ice canoe and a river scene with ice slide, seesaw, movable foliage, and rocks with a sleeping earth giant image. With the included mini-doll figures of Anna and Olaf and a LEGO bunny figure, young builders can have the Princess of Arendelle and the magical snowman pull up to the riverbank to feed the cute rabbit and have them play together on the seesaw and even whizz down the ice slide into the river.

Elsa’s wagon can seat two mini-doll figures and has a harness that can be attached to Sven. In addition to a mini-doll figure of the Snow Queen and a LEGO figure of Sven, this set also includes a baby reindeer figure. The set also comes with a stable with water trough and campfire, hay feeder, and a Frozen picnic area. 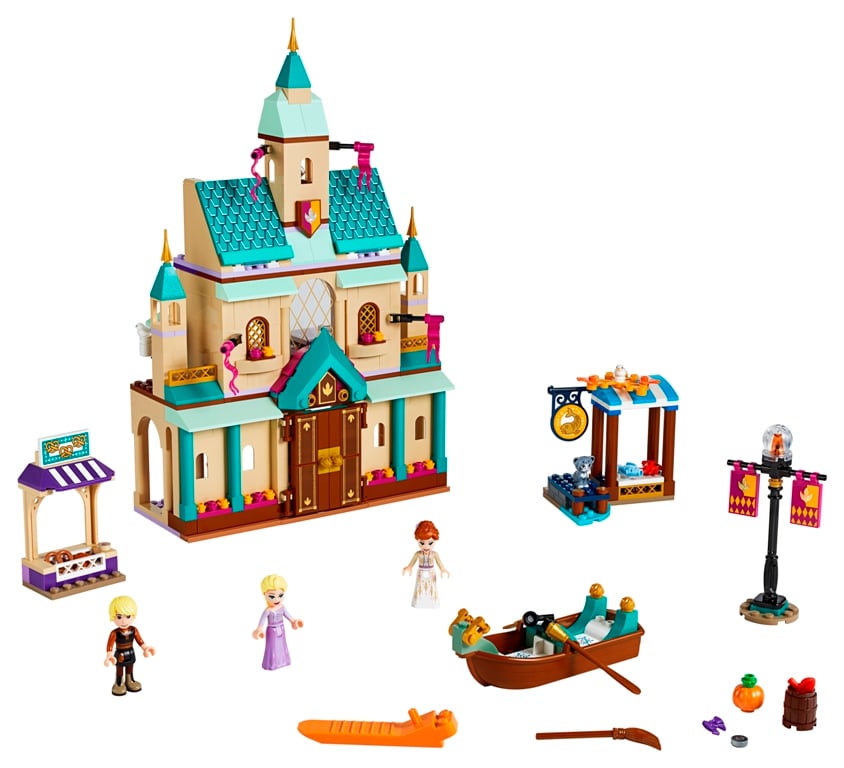 This model of the Arendelle castle is a three-story building with a throne room, bedroom, and an attic. All these spaces are furnished with furniture pieces that are easy to move and can be mixed around between rooms. The castle’s stories can be taken apart and reassembled, allowing builders to play inside different parts of the castle at the same time. In addition to the castle itself, the set also includes a baker’s stall, a fishmonger’s stall with a small dock, and a rowing boat with oars. This set also comes with mini-doll figures of Elsa, Anna, and Kristoff, plus a LEGO cat figure and two birds. 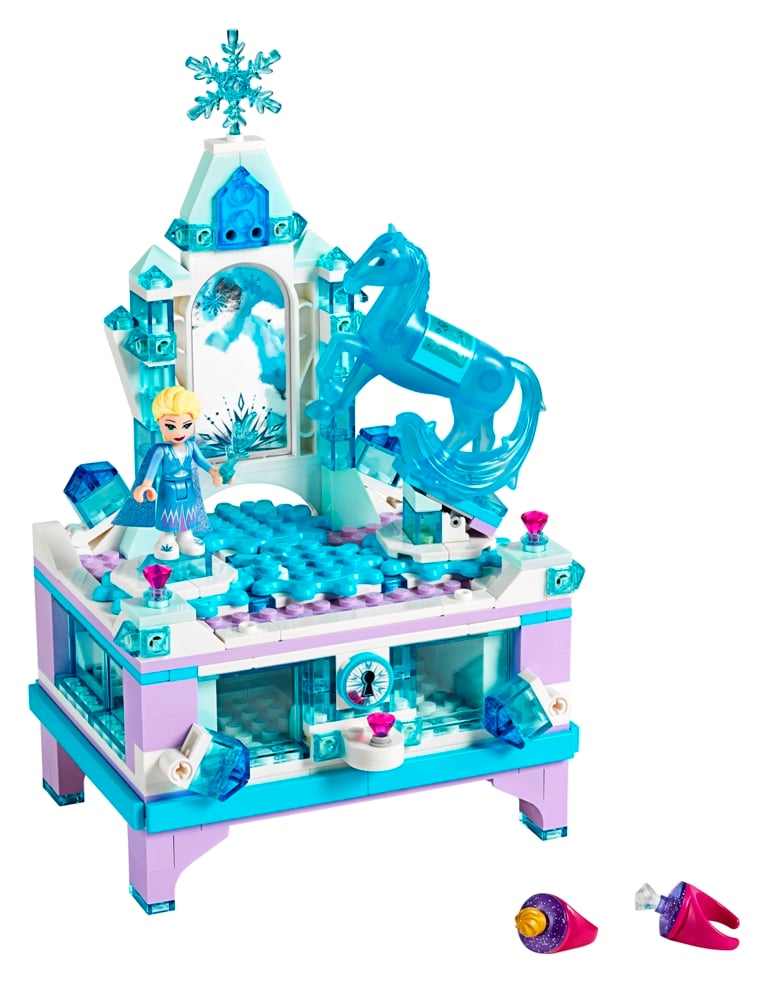 Inspired by Elsa’s ice castle, this beautiful trinket box features a lockable drawer and a dome top mirror. When the turntables are spun, Elsa and the mythical water spirit Nokk will spin around in front of the mirror. In addition to an Elsa mini-doll figure and a Nokk LEGO figure, the jewelry box also comes with two new LEGO rings inside. 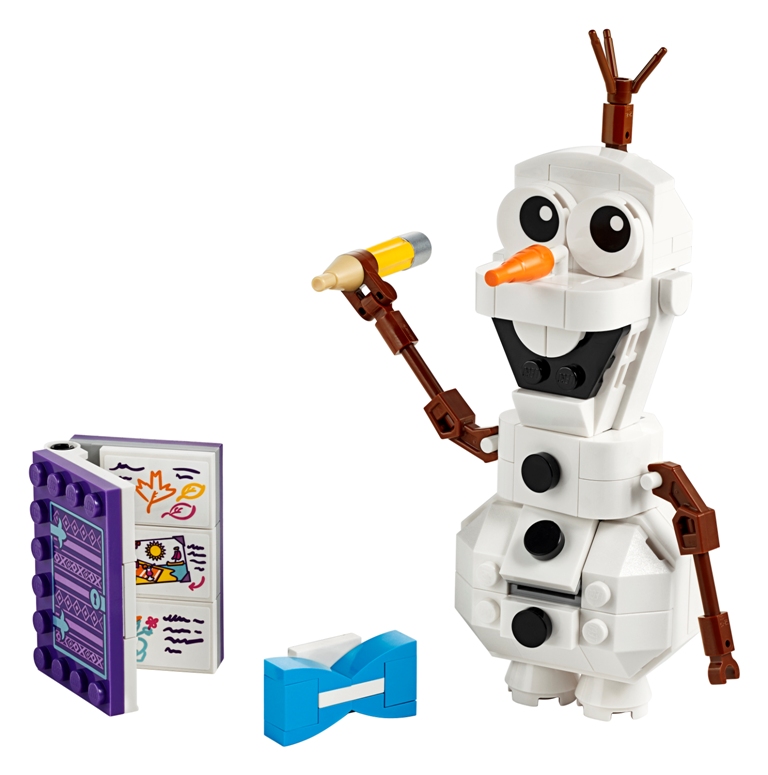 This brick-built Olaf figure has adjustable and articulated arms and neck. Builders can replace the snowman’s top button with an adorable blue bow tie and can also make him busy with the included journal and pencil. This Olaf replica is perfect to display at home or in the office. 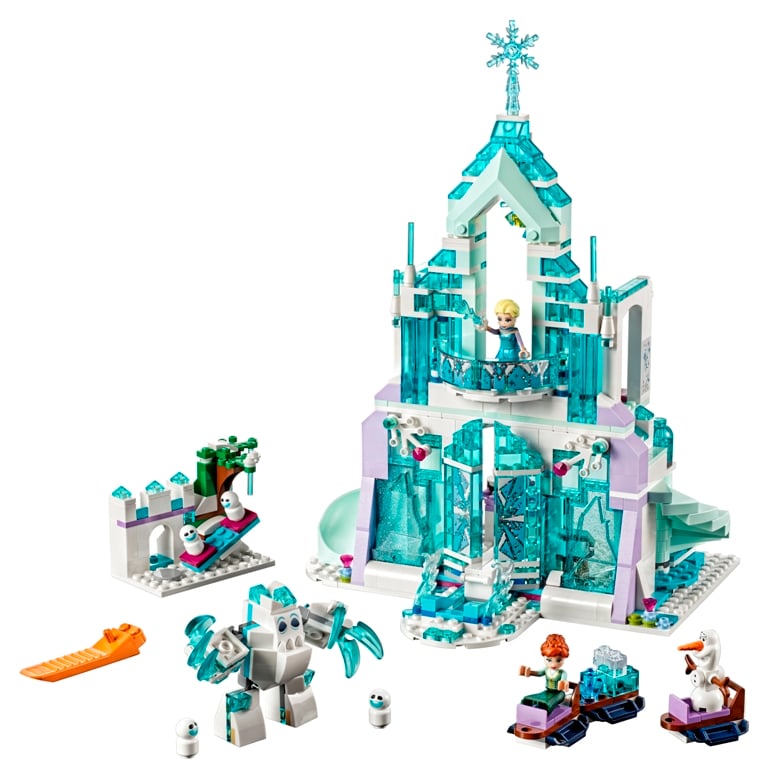 This majestic playset includes a palace with a sliding bridge, revolving staircase, translucent balcony, kitchen with table and chairs, music room with a music stand and sheet music, and an outdoor playground with snow fort and seesaw. Builders can play out scenes from Disney’s Frozen and Frozen Fever with the included mini-doll figures of Elsa and Anna as well as Olaf, Marshmallow and four Snowgie minifigures.