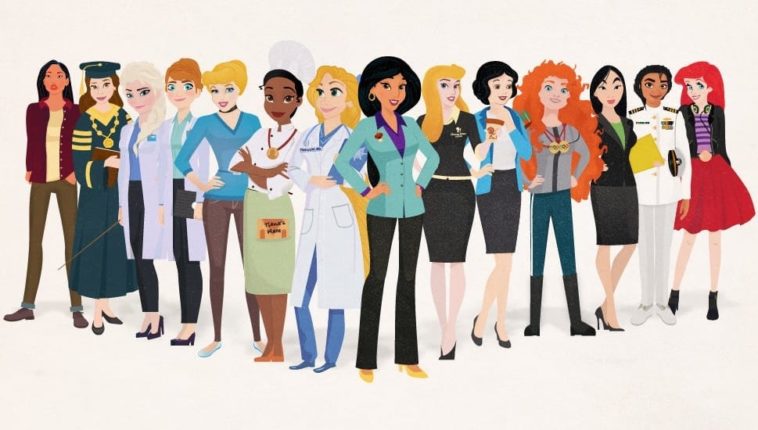 The Disney Princesses have been an inspiration to many since their first member, Snow White, was introduced in 1937. Their kindness, optimism, and courage, among many other principled qualities, have made them role models to children. And for these iconic characters to continue inspiring people, especially the new generation, top-notch graphic artist Matt Burt teamed up with Simple Thrifty Living to reimagine them as modern day career women.

The illustrations below reinterpret the Disney Princesses as professionals succeeding in various fields traditionally dominated by men — a decision made by Burt in the hope of making little girls realize at an early age that they can be anything they want to be when they grow up.

#1 Ariel as a pop star and record producer

Ariel took her passion for singing to the next level when she released her song Part of Your World as her debut single. The power ballad, which expresses Ariel’s strong desire to become human, became a huge hit, giving the Princess of Atlantica her first ever multi-platinum award. But her success in the music industry doesn’t stop there, as she now works as a producer at her own label, Seven Seas Records.