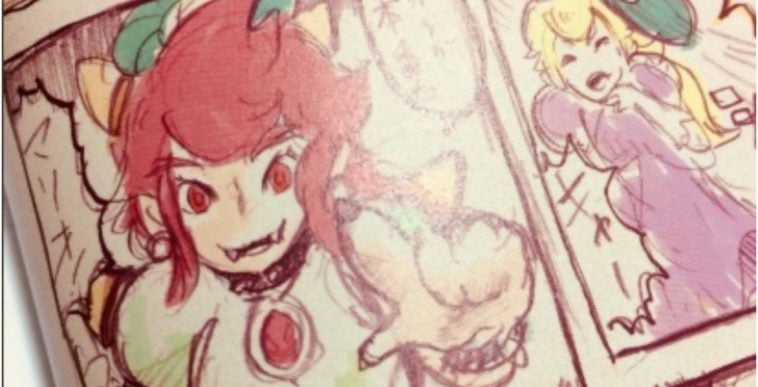 Did you know Bowsette was almost a real Nintendo character?

The Gamer is reporting that Nintendo explored the idea of a character that was eerily similar during the development of Super Mario Odyssey. According to a newly released book that takes fans behind the scenes of the game’s creation, concept artists at Nintendo were working on a version of Peach that was possessed by Bowser.

Similar to Toadette’s Super Crown, Super Mario Odyssey designers proposed an ‘evil version of Cappy’ that granted Bowser the ability to take over the bodies of other characters.

As it’s described in the aforementioned book, at one point during the game, Bowser was to use said cap to take over Peach’s body. Like Bowsette, the Super Mario Odyssey Bowser / Peach concept kept most of Peach’s physical features, though retained Bowser’s tail, spikes, and bright red hair.

In the end, the proposed character was never used, but nonetheless, it’s interesting to see that Nintendo had envisioned such a hybrid well over a year before ‘Bowsette mania’ took over the web