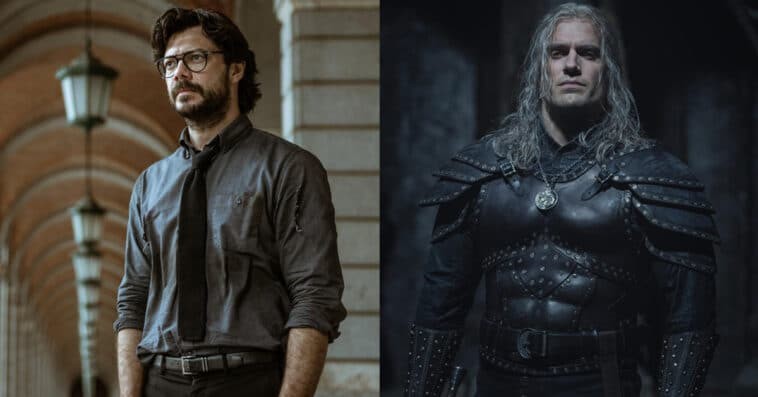 Netflix is bringing back several fan-favorite original series next month.

Arriving on the very first day of December is the third and final season of Lost in Space. In the last installment of the sci-fi series, the Robinsons’ survival instincts kick into hyperdrive as they race to reunite and protect Alpha Centauri from a robot invasion.

Meanwhile, the final five episodes of Money Heist will debut on the streamer on December 3rd. In the second half of the show’s fifth season, the stakes couldn’t be higher for the embattled Professor (Álvaro Morte) as he races to get the gold — and more importantly, his team — out of the bank. Fans of the Spanish crime drama series can also watch the second volume of the documentary Money Heist: From Tokyo to Berlin on the streaming service starting December 3rd.

The Witcher is set to return to Netflix for its second season on December 17th. In the show’s sophomore run, Geralt of Rivia (Henry Cavill) brings Princess Ciri (Freya Allan) to his childhood home of Kaer Morhen after he is convinced that Yennefer’s (Anya Chalotra) life was lost at the Battle of Sodden. While the Continent’s kings, elves, humans, and demons strive for supremacy outside its walls, Geralt must protect the Ciri from something far more dangerous: the mysterious power she possesses inside.

Also coming back to Netflix next month is the comedy-drama Emily in Paris. Available to stream starting December 22nd, the second season of the Lily Collins-led series promises more fun, more fashion, and more faux pas. As Collins’ Emily finds her footing in Paris in the new batch of episodes, the fallout from a night of passion could send her stumbling into trouble.

The fourth season of Cobra Kai is dropping on Netflix on December 31st. The new 10-episode season finds the Miyagi-Do and Eagle Fang dojos joining forces to take down Cobra Kai at the All Valley Under 18 Karate Tournament and whoever loses must hang up their gi. As Samantha (Mary Mouser) and Miguel (Xolo Maridueña) try to maintain the dojo alliance and Robby (Tanner Buchanan) goes all in at Cobra Kai, the fate of the Valley has never been more precarious. Can Daniel (Ralph Macchio) and Johnny (William Zabka) finally bury their decades-long hatchet to defeat Kreese (Martin Kove)?

On the unscripted front, Queer Eye is scheduled to make its fabulous season 6 return on Netflix on December 31st. In the new season, Queer Eye’s fearless ambassadors – Antoni Porowski, Tan France, Karamo Brown, Bobby Berk, and Jonathan Van Ness – head to the Lone Star state to work their life-changing magic yet again and transform the lives of deserving Texans.

Aside from returning fan-favorite series, Netflix is also introducing a bunch of new original series, including Coming Out Colton and Saturday Morning All Star Hits!

Premiering on December 3rd, Coming Out Colton follows former professional football player and The Bachelor star Colton Underwood as he embarks on a journey of self-discovery including coming out as a gay man, addressing his past, and embracing his place in the LGBTQ community.

Saturday Morning All Star Hits!, meanwhile, is a live-action/adult animation hybrid that celebrates the campy Saturday-morning shows of the ‘80s and ‘90s. In the wildly irreverent and slightly disturbing series, twin hosts Skip and Treybor (both played by Kyle Mooney) take viewers on a trip through the Saturday Morning cartoon experience. The series will debut on December 10th.

Completing Netflix’s December lineup of new content is a number of high-profile original movies. First on the list is the Western drama The Power of Dog starring Benedict Cumberbatch. Set to arrive on the streamer on December 1st, the Jane Campion-directed movie centers on charismatic rancher Phil Burbank (Cumberbatch) who inspires fear and awe in those around him. When his brother brings home a new wife and her son, Phil torments them until he finds himself exposed to the possibility of love.

Meanwhile, the drama film The Unforgivable will be available to stream on the platform starting December 10th. Based on the 2009 British miniseries Unforgiven written by Sally Wainwright, the Nora Fingscheidt-directed movie stars Sandra Bullock as a woman who attempts to rebuild her life after serving time in prison for committing a violent crime.

Sci-fi black comedy flick Don’t Look Up starring Leonardo DiCaprio and Jennifer Lawrence will have its streaming premiere on December 24th. Directed by Adam McKay, the movie follows two low-level astronomers who go on a media tour to warn humankind of a planet-killing comet hurtling toward Earth.

Also making its Netflix debut in December is the psychological drama film The Lost Daughter. Arriving on the streamer on December 31st, the Maggie Gyllenhaal-helmed flick is about a woman who finds herself becoming obsessed with another woman and her daughter while on a summer holiday, prompting memories of her own early motherhood to come back and unravel her.

Most of the new movies arriving on Netflix this December are Christmas flicks, and two of those are A California Christmas: City Lights (December 16th) and 1000 Miles from Christmas (December 24th).

Netflix’s December movie list also includes a couple of Asian films, including the Gong Yoo-led South Korean sci-fi flick The Silent Sea and the Japanese animated movie Stand by Me Doraemon 2. Both films are set to drop on the streamer on December 24th.

Check out other series, films, and specials coming to Netflix in December in the video below: