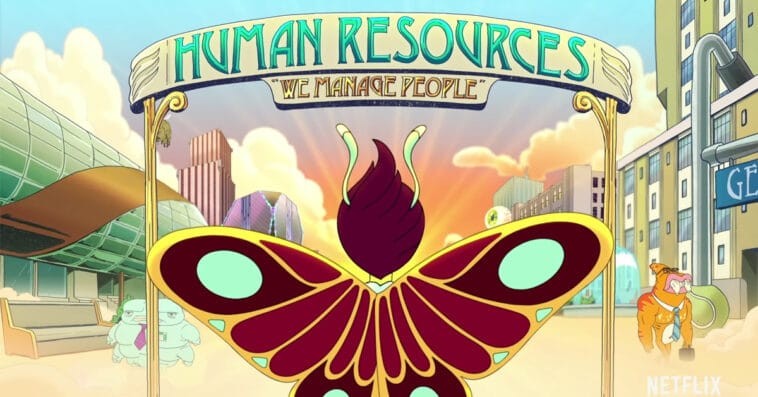 The streaming service announced on Monday that Randall Park (Fresh Off the Boat), Keke Palmer (Akeelah and the Bee), and Aidy Bryant (Saturday Night Live) have been cast as series regulars in Human Resources. The trio joins Big Mouth stars Nick Kroll, Maya Rudolph, and David Thewlis, who are set to reprise their roles as Maury the Hormone Monster, Connie the Hormone Monstress, and The Shame Wizard, respectively, in the sequel. Big Mouth season 4 writer Brandon Kyle Goodman is also stepping up to the mic for the spinoff.

First announced last October, Human Resources pulls back the curtain on the daily lives of the creatures ― Hormone Monsters, Depression Kitties, Shame Wizards and many more ― that help humans journey through every aspect of life from puberty to childbirth to the twilight years. Described as “even edgier and adult-ier” than the original series, the spinoff will feature the creatures themselves as the main protagonists.

“You have these characters that represent a major force in the human condition,” Kroll explained of the major difference in creating Big Mouth and Human Resources at the shows’ presentation at the film festival. “The challenge has been that these characters don’t only function according to the one thing they do professionally. The Logic Rock is filled with a lot of emotion and love and that defies his nature. Building out the characters in that complex way has been a joy.”

Park also made a brief appearance during the presentation to share a first-look photo of his character, a Logic Rock named Pete. “I’m very much a logic rock,” Park said when asked if he related to any of the monsters from the Human Resources world. “I felt like this part was written for me, was it? I’m very logical, organized, clean. Pete does everything by the book like me. He has rock hard abs…”

Human Resources, which will be animated by Big Mouth animators Titmouse, doesn’t have a release date yet. Big Mouth, meanwhile, was renewed by Netflix through season 6. Its fourth and latest season premiered last December. There’s no word yet on when season 5 will arrive on the streamer.