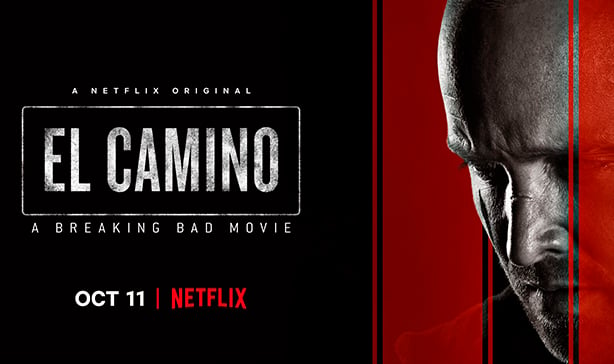 We’re inching closer and closer to the premiere date of the highly-anticipated Netflix release, El Camino. This follow-up movie to AMC’s hit show Breaking Bad will be exclusively released on Netflix starting October 11, 3:01 AM EST.

Samsung and Netflix have partnered up to create a custom channel exclusively available on the Samsung TV Plus platform that is currently hosting a countdown to El Camino’s release. The countdown features fan favorite, Huell Babineux, who played Saul Goodman’s personal bodyguard. Apart from the actual countdown, fans will be treated to a familiar scene with Huell who we now know is also anxiously waiting for El Camino’s release. The channel can be accessed by opening the Samsung TV Plus app, available on Samsung Smart TVs, and tuning in to channel 1000. 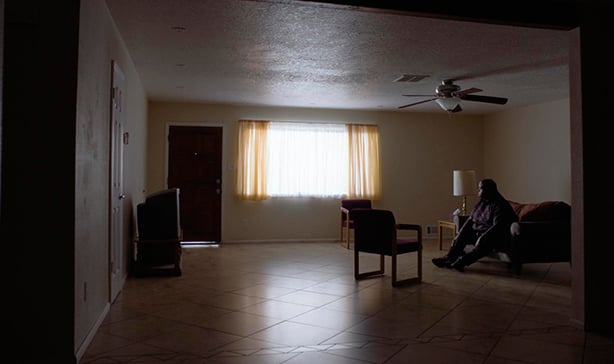 Breaking Bad was a show starring Bryan Cranston and Aaron Paul who plays a brilliant chemist diagnosed with stage-3 lung cancer and a depressed high school junkie dropout respectively. These two create an unlikely partnership to produce and peddle meth. The show became a huge hit and garnered a large number of fans. El Camino is the follow-up movie to Breaking Bad 6 years after the series ended in 2013.

Fans of the show as well as Samsung Smart TV owners will be delighted to know that they can join Samsung and Netflix for a viewing party on October 11th. Hosted at the Samsung 837 building in New York, starting at 7 PM, fans can enjoy the immersive photo installation inspired by the movie’s set pieces which include an El Camino car while waiting for the screening. Samsung will treat its guests by playing the movie on a gigantic three-story Samsung screen. You can RSVP for the event here.

READ  Lucifer sets a new record for the most consecutive weeks at No. 1 on TV Time’s Binge Report
ADVERTISEMENT
ADVERTISEMENT

This event is only the beginning of Samsung and Netflix’s partnership as it hopes to bring home future premieres to Samsung TVs. Grace Dolan, Vice President of Marketing, Home Entertainment at Samsung Electronics America says,

“At Samsung, our mission is to deliver bigger and better viewing experiences for our consumers. Partnering with Netflix to fuel the frenzy in the lead up to El Camino, with truly unique experiences for fans, is a prime example of how we make value-added content that consumers love even better.” 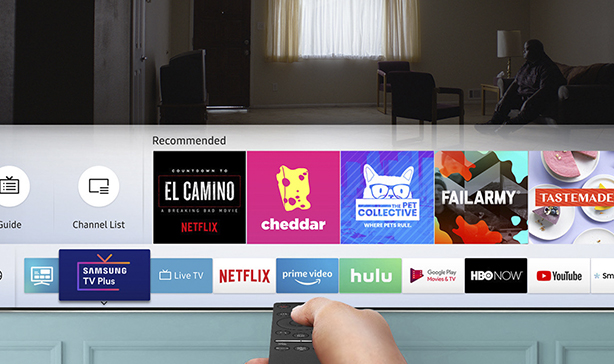 Samsung TV Plus is a completely free, no-strings-attached, ad-supported video service for Samsung Smart TVs. It comes pre-installed in 2016-2019 models and features a variety of free channels such as Cheddar, WeatherNation, Moonbug, Tastemade, IGN, Sports Network, PeopleTV and so much more. No additional downloads, devices or credit card information is needed to access this service. For more information, you can visit Samsung’s official site.