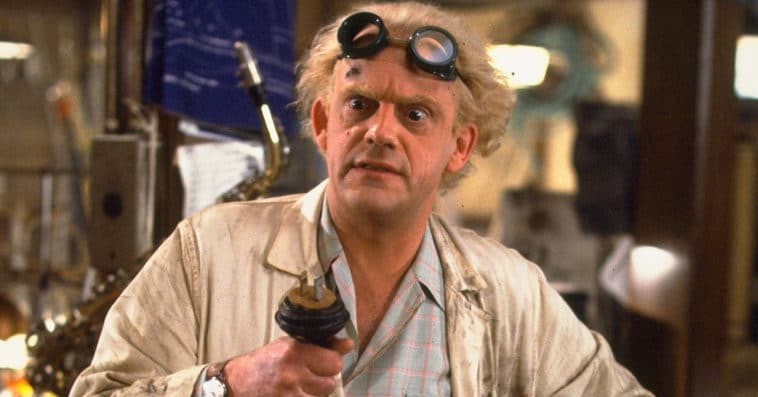 Christopher Lloyd will be hitting the road to track down existing versions of the DeLorean DMC-12 in the upcoming Discovery+ series Expedition: Back to the Future.

Lloyd, who played Emmett “Doc” Brown ― the inventor of the time machine DeLorean in the Back to the Future movie trilogy, is teaming up with Expedition Unknown host Josh Gates for the on-the-road adventure that will stream as a four-part series on Discovery+ starting March 15th.

As fans of the sci-fi franchise may know, the main DeLorean used in the films is currently at the Peterson Automotive Museum in Los Angeles. But as revealed in the trailer for the new series, there are actually six other versions of the DeLorean featured in the movies. Lloyd and Gates head out to locate all of them and determine which one is the perfect ride to be given to Michael J. Fox, who will sell it at an auction for the benefit of the Michael J. Fox Foundation.

Fox, of course, is Lloyd’s co-star in the Back to the Future movies, portraying the role of high school student and aspiring musician, Marty McFly.

Great Scott! @JoshuaGates and @DocBrownLloyd are on a mission to find the most iconic car in Hollywood history – The DeLorean Time Machine.

Aside from Fox, Lloyd and Gates ― while on their quest ― also cross paths with other Back to the Future cast members, including Lea Thompson (Lorraine Banes-McFly), Donald Fullilove (Goldie Wilson), James Tolkan (Gerald Strickland), and Harry Waters Jr (Marvin Berry). They also meet up with Back to the Future director Robert Zemeckis and Back to the Future screenwriter Bob Gale, as well as DeLorean experts, collectors, and superfans to learn more about the iconic vehicle.

The DeLorean DMC-12 was the only automobile manufactured by John DeLorean’s DeLorean Motor Company for the American market from 1981 to 1983. Designed by Giorgetto Giugiaro, the sports car boasts flashy gull-wing doors and brushed stainless-steel outer body panels. Though it became widely known for its poor build quality and disappointing power and performance, the DeLorean continues to have a cult following because of the popularity of the Back to the Future movies.