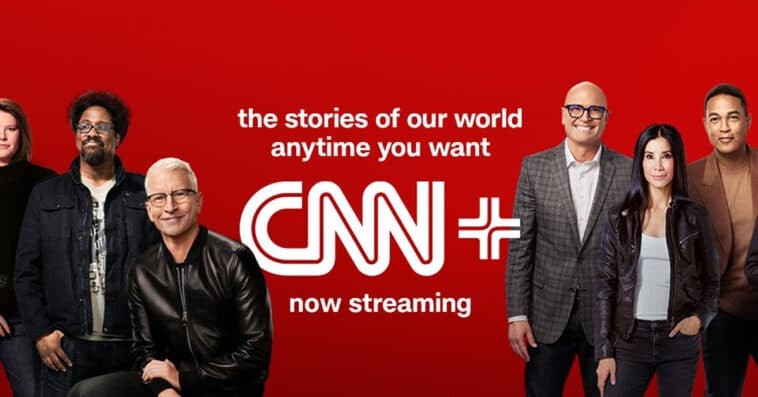 CNN+, the streaming service offshoot of CNN that launched just last March, is shutting down at the end of April. Executives at CNN+ said they had secured 150,000 paying subscribers and were on a pace to hit first-year subscription goals, but why did CNN+ fail?

Why is CNN+ shutting down?

While executives at CNN+ thought the streaming service was performing just fine, its new owner, Warner Bros. Discovery, was reportedly not impressed with the number of viewers the online platform was attracting. Two people familiar with the figures told The New York Times that fewer than 10,000 people were watching the service at any given time.

CNN’s former parent company, WarnerMedia, merged with Discovery to form Warner Bros. Discovery earlier this month. And unfortunately, the vision of CNN’s previous management team for CNN+ runs opposite to Warner Bros. Discovery CEO David Zaslav’s plan to merge its other subscription platforms — Discovery+ and HBO Max — into one giant streaming service. Apparently, Zaslav and other executives at Warner Bros. Discovery are convinced that a niche product like CNN+ could not be viable on its own.

“In a complex streaming market, consumers want simplicity and an all-in service which provides a better experience and more value than stand-alone offerings, and, for the company, a more sustainable business model to drive our future investments in great journalism and storytelling,” Discovery’s global head of streaming J.B. Perrette said in a statement. “We have very exciting opportunities ahead in the streaming space and CNN, one of the world’s premier reputational assets, will play an important role there.”

The merger of WarnerMedia and Discovery left Warner Bros. Discovery owing about $55 billion, and that massive debt also contributed to the conglomerate’s abrupt decision to shut down CNN+. Sources told The New York Times that CNN had been planning to spend more than $1 billion on CNN+ over four years. So, it’s clear that ceasing the operation of CNN+ will be a huge help for Warner Bros. Discovery to repay its debt.

How many CNN+ staffers may lose their jobs?

According to CNN, hundreds of CNN+ staffers may lose their jobs due to the shutdown. But in an internal memo, incoming CNN CEO Chris Licht said that “all CNN+ employees will continue to be paid and receive benefits for the next 90 days to explore opportunities at CNN, CNN Digital, and elsewhere in the Warner Bros. Discovery family.”

Licht added that CNN+ employees who aren’t absorbed elsewhere in the company will receive a minimum of six months of severance.

“It’s not your fault that you had the rug pulled out from underneath you,” Licht said in a town hall-style meeting with staffers Thursday morning, before comparing CNN+ to a residential property that had been built without the input of its intended owner. “The new owner came in and said: ‘What a beautiful house! But I need an apartment. And that doesn’t take anything away from this beautiful house you built. I am proud of it, and I am proud of this team, and I am gutted by what this means for you.”

What will happen to CNN+ programs and anchors?

The future of CNN+ shows — as well as the fate of the anchors it poached from rival networks like former NBC News Capitol Hill correspondent Kasie Hunt and ex-Fox News Sunday anchor Chris Wallace — remains unclear. However, sources told The New York Times that a number of programs are expected to be moved to HBO Max, Discovery+ or CNN.com.

CNN+ will remain live until the end of the month.