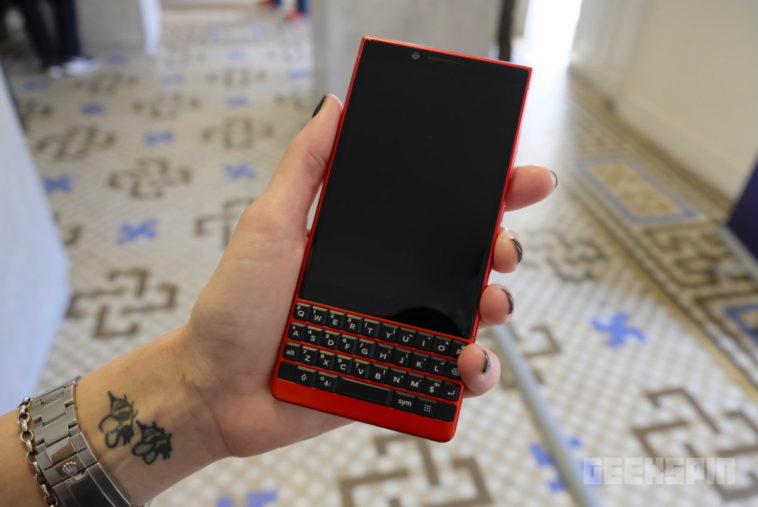 Blackberry really doesn’t want to go down without a fight. The company has announced, that they will, once again, be making phones and they’re slated to arrive in North America in Europe in 2021.

After terminating their contract with TCL late last year, it seemed highly unlikely that a Blackberry phone would ever be produced again. But in a press release, Blackberry announced their new partnership with OnwardMobility to deliver a new Android-powered, Blackberry 5G smartphone.

In true Blackberry fashion, the upcoming phone will still house a physical keyboard. The company, along with OnwardMobility, will also be working with supplier FIH Mobile Limited to bring this new device to life. In their agreement, OnwardMobility has secured the rights to “develop, engineer, and bring to market a Blackberry 5G mobile device.”

“Enterprise professionals are eager for secure 5G devices that enable productivity, without sacrificing the user experience,” said Peter Franklin, CEO of OnwardMobility. “BlackBerry smartphones are known for protecting communications, privacy, and data. This is an incredible opportunity for OnwardMobility to bring next-generation 5G devices to market with the backing of BlackBerry and FIH Mobile.”

Security will be a priority in the creation of this new device. Jack Gold, President and principal analyst of J. Gold Associates, LLC. says that due to the rise of 5G technology and the security risks it may entail, “deploying highly secure products like the Blackberry 5G devices in enterprises, government, and regulated industries like financial or legal, is mission-critical.”

Product planning and market development for these upcoming smartphones in North America will be conducted by OnwardMobility while FIH Mobile will take on designing and manufacturing.