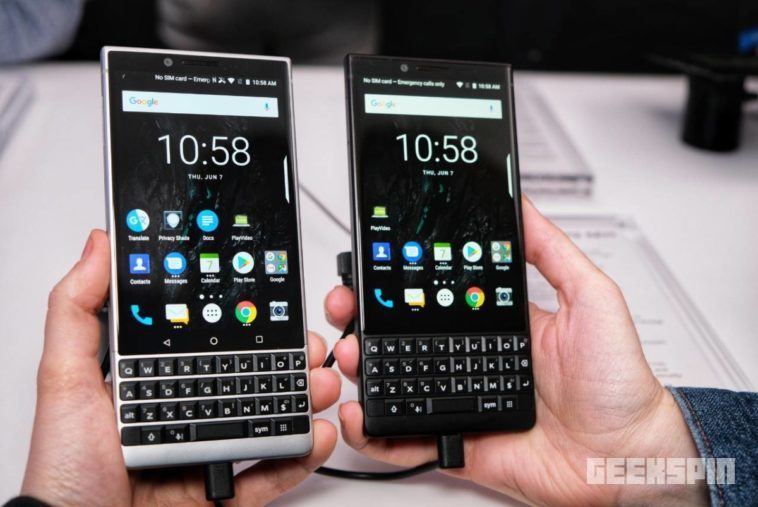 BlackBerry has announced the KEY2 and it’s all about bringing the iconic phone up to date with other 2018 smartphones. That all starts with BlackBerry’s first ever dual-rear camera. The phone also comes running the latest version of Android – Android 8.1 Oreo, and they have added a new “Speed Key” to the keyboard which is a dedicated button that can be used to instantly pull up the app or contact of your choice.

On the display front, the BlackBerry KEY2 sports a similar 4.5” (1620 x 1080 resolution at 434 PPI) sized display of its predecessor, but this time around it’s got an edge-to-edge look with a smaller “forehead”. Which brings us to the updated and refined design of the KEY2. The build quality for the KeyOne was no slouch, but the KEY2 looks to be even more elegant and durable with its new Series 7 aluminum frame for added durability. The KEY2’s soft touch back has also been outfitted with a new diamond pattern that offers a better grip. 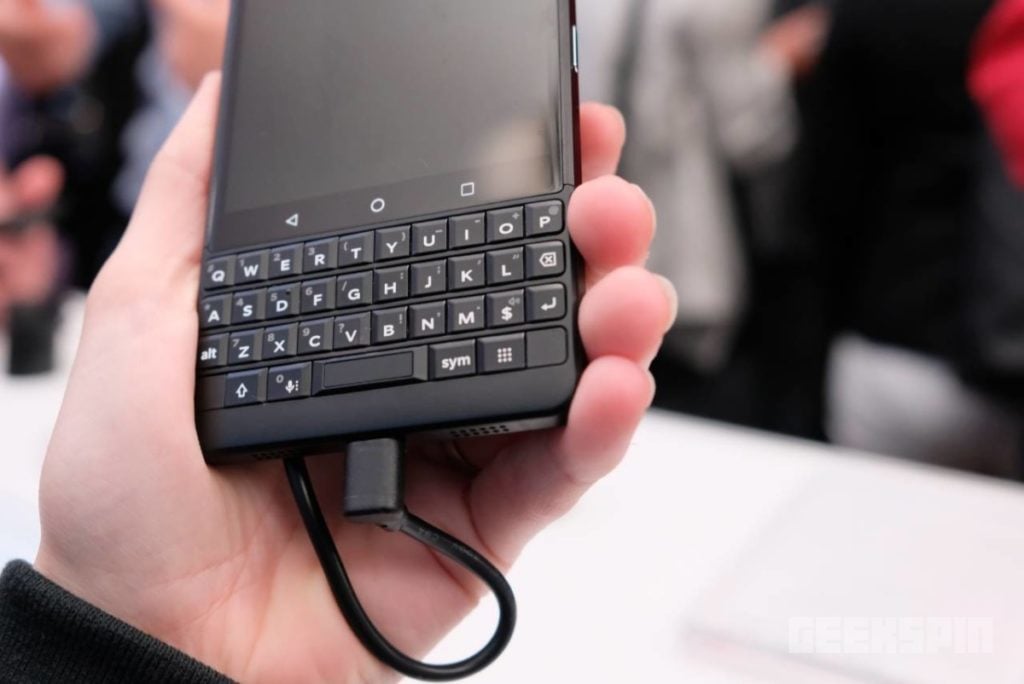 The iconic keyboard is of course still there but the key height has been raised by 20 percent for a more accurate typing experience. The keyboard is also sporting a new matte key finish and it houses a neat in-keyboard fingerprint sensor inside of the space bar. We briefly tried the keyboard ourselves and our initial impressions are that it’s vastly more comfortable to type on than the KeyOne. 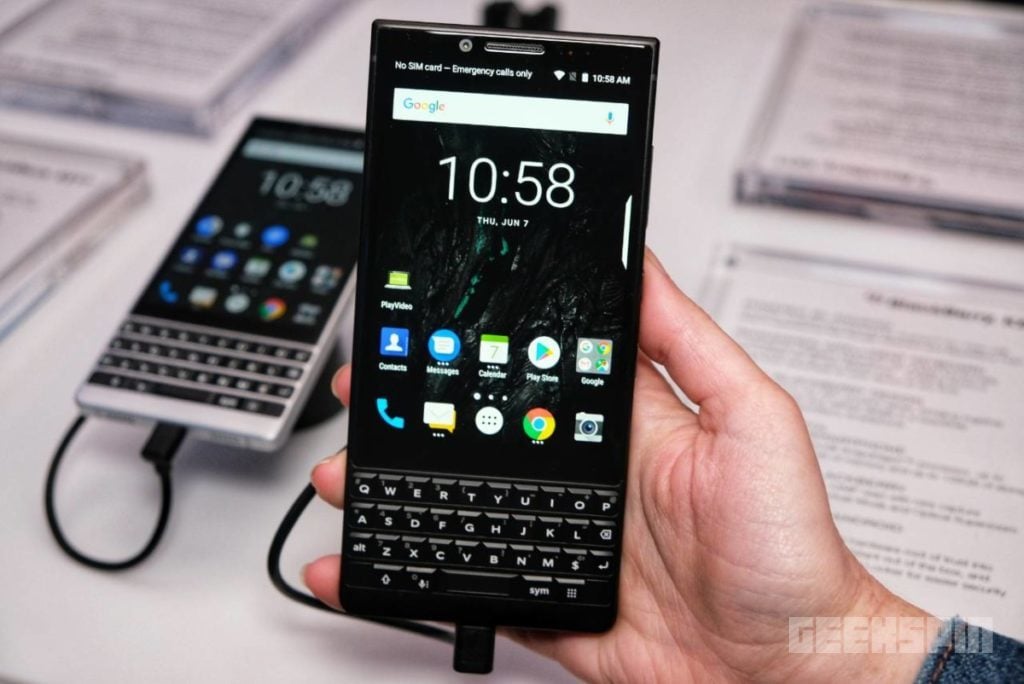 Under the hood, the BlackBerry KEY2 is powered by a battery efficient Qualcomm 660 processor and 6GB of RAM. That processor, combined with its 3,500 mAh battery capacity promises two days of battery life – which is something extraordinary if it proves to be true. The phone also supports Qualcomm Quick Charge 3.0, and comes with a feature called Smart Battery Experience that learns from your daily charging habits and recommends when to charge the device so you have enough battery life to make it through that next meeting, or event.

The BlackBerry KEY2 might be running on Android Oreo but it’s heavily focused on security and privacy. BlackBerry says that it’s the world’s most secure Android smartphone and indeed it comes with a slew of neat security features. For example, the new Locker Privacy Control feature adds an extra layer of authentication to your work email, so that if someone borrows your phone to make a call – your email stays private. The Locker Privacy Control also lets you do things like have certain apps disappear from your home screen so that they are only accessible from the locker. 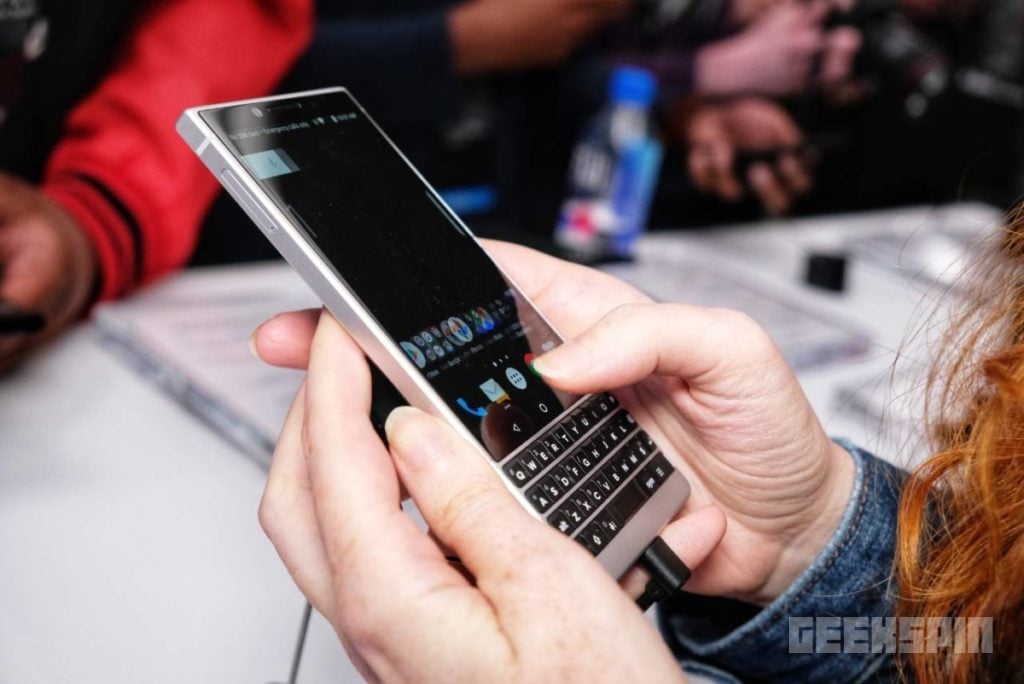 We are so far very impressed with the design of the new BlackBerry. Even the keyboard is making us feel nostalgic enough to want to give up some of our display real estate for it. Its privacy features are also especially enticing at a time when privacy concerns are heightened. That said, it’s up to BlackBerry to market the KEY2 properly. Like Nokia, the BlackBerry brand still has lots of positive sentiment in the U.S., but there isn’t much awareness out there regarding the fact that BlackBerry is still making phone altogether. If TCL and BlackBerry can market the KEY2 better than they marketed last year’s KeyOne, there’s a chance that BlackBerry could become popular again.

The BlackBerry KEY2 will retail for $649 USD. We’ll update this story with availability once we have it. 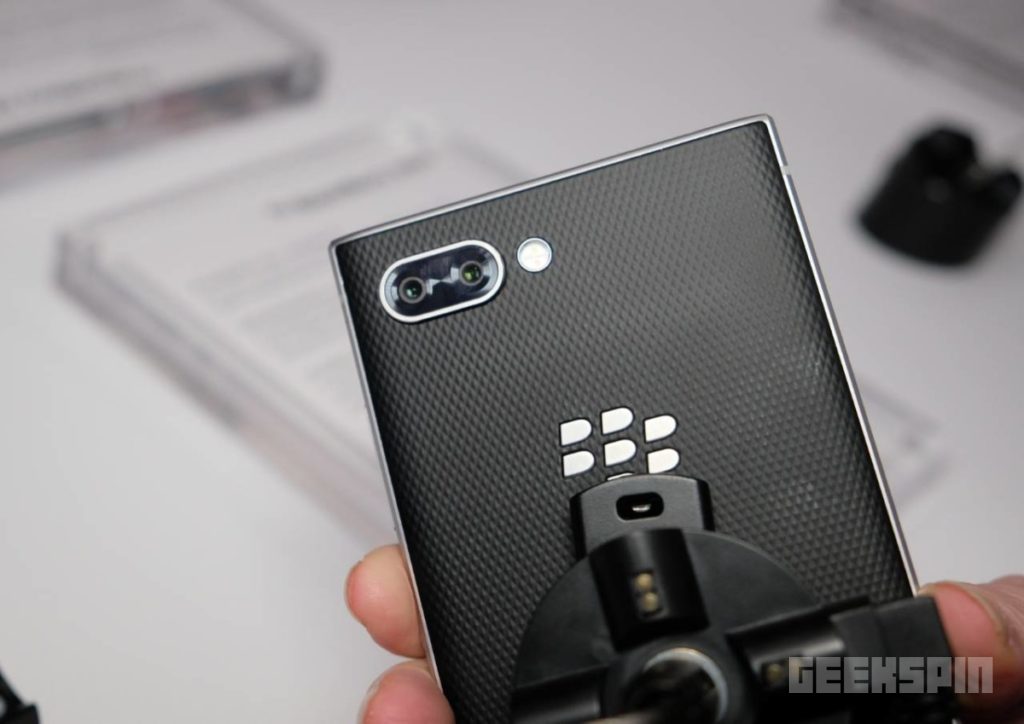