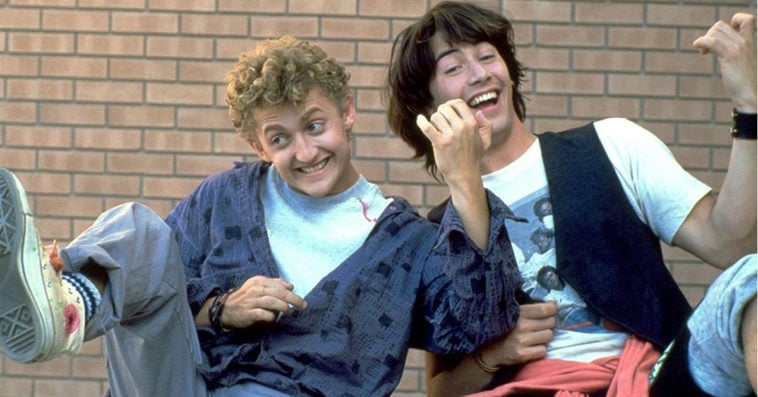 Despite a series of delays, the long-awaited third installment of the Bill & Ted film series is still a go.

In a video announcement released by film distributor Orion Pictures last week, stars Alex Winter and Keanu Reeves revealed that the new movie, officially titled Bill & Ted Face the Music, will kick off its production this summer and is scheduled for an August 21st, 2020 release date.

“We want to say thank you to you, the fans, because it looks like we might actually, hopefully, make a movie this summer: Bill & Ted 3: Face the Music,” says Reeves, who plays Theodore “Ted” Logan in the film series.

“It is all because of you guys, so we owe you a huge debt of gratitude and we want to say thank you,” adds Winter, who portrays the role of Bill S. Preston, Esq. in the series.

Released in 1989, the first film in the franchise, Bill & Ted’s Excellent Adventure, follows slackers Bill and Ted who travel through time to assemble historical figures for their high school history presentation. The movie, which features historical figures like Socrates, Billy the Kid, and Joan of Arc, was a commercial success, grossing $40.4 million domestically on a budget of about $10 million.

Two years later, a sequel to the movie was released. Titled Bill & Ted’s Bogus Journey, the second installment of the film series sees the rocker duo being killed by robot doubles who capture their fiancées, and follows their attempts to get back from the afterlife by challenging the Grim Reaper (William Sadler) to a series of games. The reception to the movie was mixed, with some critics saying that Winter and Reeves’ pairing was far less effective the second time around.

“Yet to fulfill their rock ‘n’ roll destiny, the now middle-aged best friends set out on a new adventure, when a visitor from the future warns them that only their song can save life as we know it and bring harmony to the universe. Along the way, they will be helped by their families, old friends and a few music legends.”