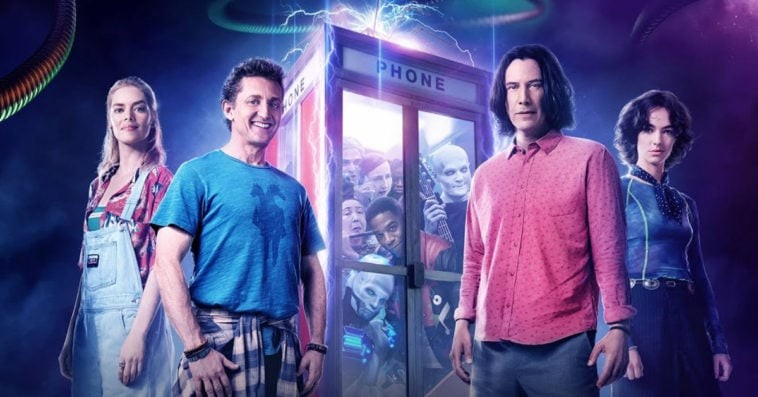 After changing its release date several times, sci-fi comedy film Bill & Ted Face the Music is finally hitting select theaters in the U.S. on August 28th. But if you’re not ready to brave the theaters just yet due to the coronavirus pandemic, there are many ways to watch it from the comfort of your own home. In fact, streaming pre-orders for the movie are now live, and it’s available to own.

Amazon Prime Video, Apple iTunes, Microsoft, and Vudu are offering the movie to own for $24.99, while it appears that FandangoNow is only offering it for rental for $19.99.

Pre-ordering at FandangoNow will give you bonus content, including a discussion of the origins of the franchise; a behind-the-scenes look at the making of the highly anticipated sequel; a candid tour of Death’s (William Sadler) mid-century house in hell; a featurette of the cast and crew discussing the timely theme of “be excellent to each other”; and the complete Bill & Ted Face The Music panel at Comic-Con@Home.

Pre-orders at other streaming services also include bonus content but availability may vary by platforms. Vudu is also offering a $3 credit with pre-orders.

Directed by Oscar-winner Dean Parisot from a story written by Chris Matheson and Ed Solomon, Bill & Ted Face the Music follows now middle-aged best friends William “Bill” S. Preston Esq. (Alex Winter) and Theodore “Ted” Logan (Keanu Reeves) as they embark on a new adventure to fulfill their rock and roll destiny after a visitor from the future warns them that only their song can save life as we know it. Along the way, the duo will be helped by their daughters, a new batch of historical figures, and a few music legends – to seek the song that will set their world right and bring harmony in the universe.