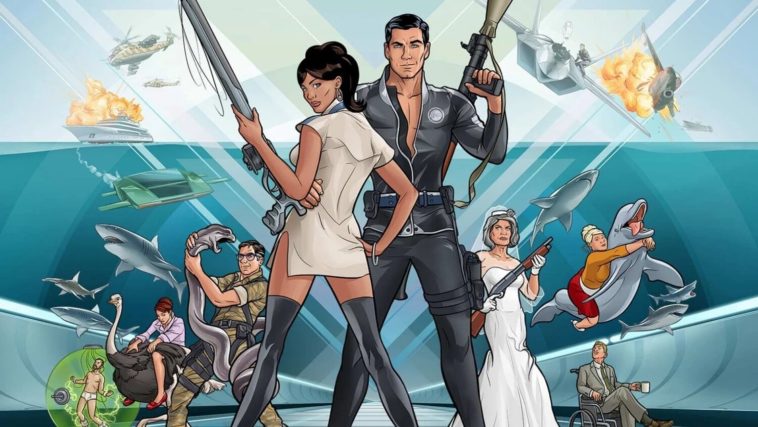 Over the course of more than a decade, eleven seasons and well over one hundred episodes, Archer has firmly solidified itself as one of the best and most popular animated comedy shows of the modern era. Adam Reed’s brainchild has been constantly reinvented over the years to stop the series from stagnating, and each fresh new batch of adventures for the gang only brings more unique situations and settings for the team to bumble their way through.

Archer may be a spy story at its core, but the show draws inspirations from everywhere and fits them around the signature rapid-fire jokes, fourth wall breaking, meta humor and incredibly obscure references that have become the show’s hallmark.

Six episodes were initially ordered by FX, but the first season ended up running for ten, and it quickly went on to become an integral part of the network’s comedy lineup, even after being moved to sister station FXX starting with the eight run.

The premise has always largely remained the same, with a band of dysfunctional spies working of the International Secret Intelligence Service, led by Malory Archer. Her narcissistic and suave son Sterling is the golden boy of the organization, but is nowhere near as good at his job as he believes himself to be.

Over the last eleven years, the creative team has regularly switched things up. The first few seasons took place in an anachronistic universe clearly inspired by the Cold War, and real events were frequently mentioned, although Archer has gone to great lengths not to settle on an official timeline.

The most recent seasons have adopted an anthology approach, dropping the characters into completely different scenarios without sacrificing any of the core appeal. Archer: Vice found them getting into the cocaine business, Season 6 takes place in the jungles of Borneo, Season 7 relocated the action to Los Angeles, Archer: Dreamland was inspired by 1950s noir cinema, Archer: Danger Island finds the title hero stranded on the mysterious Mitimotu and Archer: 1999 heads into outer space, all of them technically existing as canon due to Sterling being in a coma the entire time.

Season 11 premiered last month, and is the first in a long time to pick up the main storyline, although much has changed for the title hero after spending three years lying comatose. Archer has remained one of the rare long-running comedy shows that’s received strong reviews for every season, with critics and fans praising the decision to tackle so many different sub-genres.

The current run doesn’t wrap up until next week, but Archer had already been renewed for a twelfth season, and with viewership jumping massively after Season 11 was delayed for months as a result of the ongoing global health crisis, there’s no end in sight for the cult classic as it continues to remain incredibly popular.