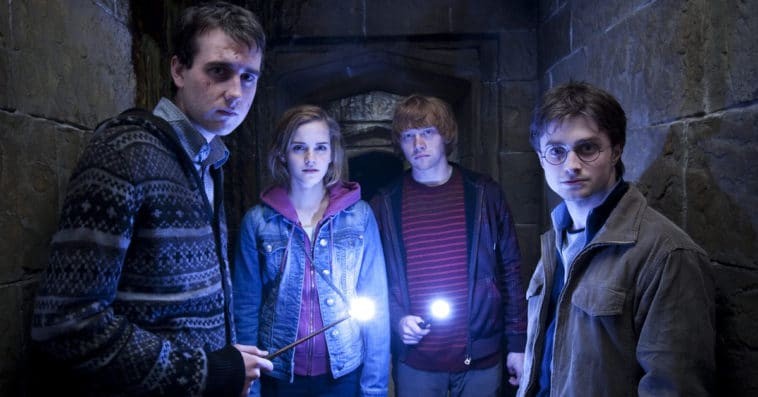 According to The Hollywood Reporter, a live-action Harry Potter TV series is in early development at the WarnerMedia-backed streamer. HBO Max and Warner Bros. executives have reportedly had early-stage exploratory meetings with potential writers to look into possible ways of bringing the beloved fantasy franchise to the small screen.

But THR noted that no writers or talent are currently attached to the Harry Potter TV series, as the negotiations are still in the extremely early stages. This was reaffirmed by HBO Max and Warner Bros. in a statement, saying: “There are no Harry Potter series in development at the studio or on the streaming platform.”

While nothing is official yet, it’s only a matter of time before the Wizarding World of Harry Potter make the leap to television. After all, several popular movie properties like Star Wars and the Marvel Cinematic Universe have already started to expand their respective franchises on TV.

Of course, loyal Potterheads are excited about the possibility of a Harry Potter TV series. But some fans just don’t know how to feel about it especially after Rowling ― who controls the rights to franchise ― sparked backlash from the trans community after saying that transgender individuals should be defined by their biological sex.

Me getting excited about a Harry Potter tv series in the works, then I remember jk Rowling exists. pic.twitter.com/fiLSB0cbOG

Harry Potter tv series daw hhmmm make sure to watch it illegally! Don't give anymore money to the TERF. Enjoy the content without supporting her

So HBO are in talks about a Harry Potter TV series. As much as Potter means to me, it’s so dangerous to expand a world, driven by a transphobic creator. I don’t know why I haven’t seen any articles about it. Through things like this Trumpism lives on

i have mixed feelings about a harry potter tv series. on the one hand, i want it because i've been dreaming of it and idk if they can get the OGs. on the other hand, JK Rowling will profit from it no matter what and she doesn't deserve that.

Others, meanwhile, are more interested in seeing fresh and original content from HBO Max than having a spinoff or a reboot of the Harry Potter franchise.

Apparently, they're gonna make a Harry Potter TV series and while I loved that universe dearly, I think it's time to move on. It saddens me that money is always invested in the same old things, feels like there is no hope for fresh new stories. We are on a recycling circle.

It seems, however, that a lot of people are still eager to see the property expand in the form of a TV series, with many of them sharing their suggestions on what it should be about:

For the Harry Potter TV Series they should do 5 seasons. 4 seasons for every witch/wizard’s story (Hufflepuff, Slytherin, Gryffindor and Ravenclaw) and the last season all of them coming together #HarryPotter

A Harry Potter TV series on HBO max.
What the hell took so long? Also give me a Marauders storyline or a Hogwarts founder's storyline. Thank you.

If there is to be a Harry Potter TV Series I wanna see Lily, Mini Snape, James and Marauders at Hogwarts in the 70s with a bangin soundtrack. So who's in the cast? I'll start… @MichelleGomez as Younger Feirce Prof McGonagall #HarryPotter you're welcome @hbomax hire me x pic.twitter.com/ncocFNRuWL

The only sane way to do a Harry Potter TV series is to follow his parents during their school days at Hogwarts. So each season can play around with events we know will happen to them, obviously ending with Harry being attacked by Voldemort.

They should make a series that is set on the Wizarding World, but not about Harry Potter.

A Harry Potter TV Series can only work if the original cast of the movies is in some way involved with it. May that be as a cameo or full on integrated idc ✌️ pic.twitter.com/YMbIyB6Inv

While it appears that it will take time for a Harry Potter TV series to materialize, the franchise is set to release the video game Hogwarts Legacy on PlayStation 5 sometime in 2022. The third installment of the Fantastic Beasts film series is also slated to be released in July of that year, with two more Fantastic Beasts movies in the pipeline.