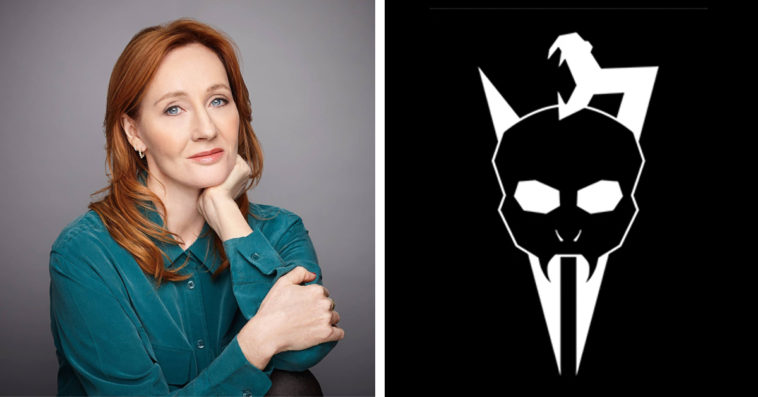 J.K. Rowling sparked excitement among Potterheads on Thursday when she posted a mysterious tweet referencing the Tony-winning stage play Harry Potter and the Cursed Child.

“Sometimes, darkness comes from unexpected places #HarryPotter #CursedChild,” Rowling wrote on Twitter, along with a black-and-white image of the Dark Mark that serves as the notorious symbol of Lord Voldemort and his Death Eaters in the franchise.

According to Entertainment Weekly, Rowling’s social media post came after the marquee for the New York production of the stage play started using new signs that depict the iconic Harry Potter logo designed by the legendary illustrator Mary GrandPré over 23 years ago. Since the said logo was also used in the Harry Potter film series, this had led several fans to speculate that Warner Bros. might have acquired the theatrical rights to the stage play and a film adaptation is on the way.

This speculation, however, was quickly debunked by a rep for the stage play on Broadway. “I can confirm that these rumors are absolutely not true,” the spokesperson said in an email to Entertainment Weekly. “The show has not changed ownership. Harry Potter and the Cursed Child continues to be produced by Sonia Friedman, Colin Callender and Harry Potter Theatrical Productions in London, Broadway and all around the world. Warner Bros. has always been a valued partner of Cursed Child since its inception. Their role has not changed.”

Pottermore, the official Harry Potter fan site, also quashed the movie rumors by tweeting: “There is something exciting coming later on from @CursedChildNYC, but it’s not a movie.”

There is something exciting coming later on from @CursedChildNYC, but it’s not a movie… https://t.co/iGoKf7cGSO

Apparently, that “something exciting” is simply a new tagline and a marketing artwork for the stage play, which were both officially unveiled on Friday.