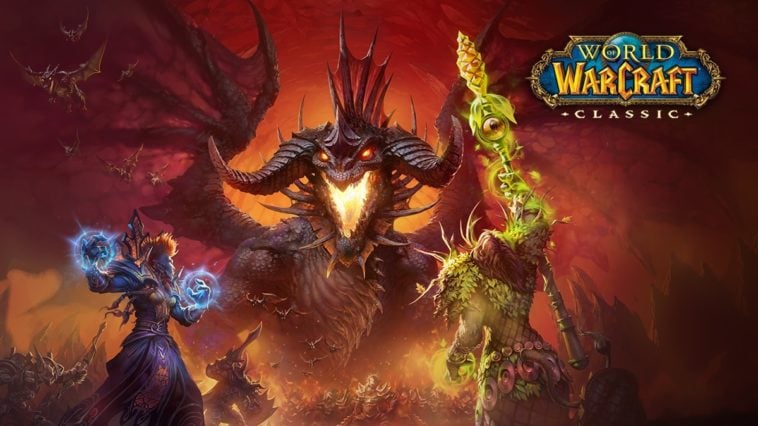 Game developer Blizzard Entertainment’s World of Warcraft is celebrating its 15th anniversary this year by releasing WoW Classic. For almost two years now, fans of the game have been anticipating this release, which strips it of all the updates and improvements for the past 15 years. This was evident on the streaming platform, Twitch, as it reached a new peak viewership record of 1.1 million concurrent viewers.

Along with the game’s evident popularity, well-known Twitch streamers also helped in fueling the massive viewer count. According to TwitchTracker, a record high of 1,135,186 viewers were active across 19,080 channels on the game’s launch day. That’s a far count from the usual average of about 40,000 viewers per month.

World of Warcraft has been a dominant title in the MMORPG genre for years. It cultured a generation of gamers, many of whom are still actively playing WoW today. So, it is not the least bit surprising that WoW classic would have such a grand reception despite it being very unoptimized for this generation.

WoW Classic recreates the original World of Warcraft as it was in 2006 before its first major expansion, Burning Crusade. It reverts back to the original graphics and gameplay, features the original 8 races for the characters and a cap at level 60. In contrast, the current version has 13 races and a level cap of 120. The classic version, however, retains its social features for easier communication between players.

Despite the step-down in graphics, gamers flooded the servers creating long queues and congested starting areas. Low-level players found it difficult to complete quests due to the sheer number of other players trying to accomplish the same thing. Thankfully, the community kept patient through these problems and found solutions among themselves. An example of which is creating queues in-game to aid with quest completion. This and the willingness of more than a million players to share the game is a great example of the positive influence World of Warcraft has.

To access WoW Classic, you will have to purchase a World of Warcraft subscription which will also let you play the current version of the game. A free version of the regular WoW is also available to try, but it has a level cap of 20.