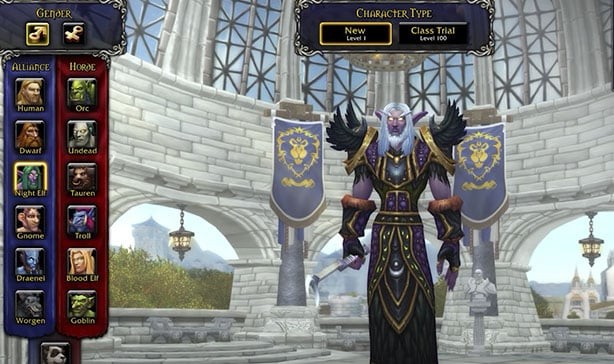 There aren’t a lot of companies that make changing your character’s gender be locked behind a paywall, but since 2009, Blizzard has been one of them. In World of Warcraft, players who wish to change their gender must pay $15 to do so with the reason being so that players “don’t do it every day.”

But now, it seems the company is having a change of heart. Blizzard will now be allowing users to change their character’s gender for free because. The company says that “it’s not the right message” to have to pay before being able to change genders. Additionally, Blizzard has told The Verge that players won’t have to pay for the upcoming Shadowlands expansion to switch.

In a review with Eurogamer, executive producer of Shadowlands, John Hight, says that changing genders can be done through the in-game barbershop where players initially went to change their avatar’s hair and facial features. Apart from the ability to change physics features and genders, Shadowlands will also add new skin tones and ethnicities for the human race in World of Warcraft.

Initially, swapping genders was thought to be part of the expansion, meaning players would have to shell out to be able to do it. Blizzard clarifies, though, that these features will be available for everyone through a patch. It’s only a matter of when it will be released.