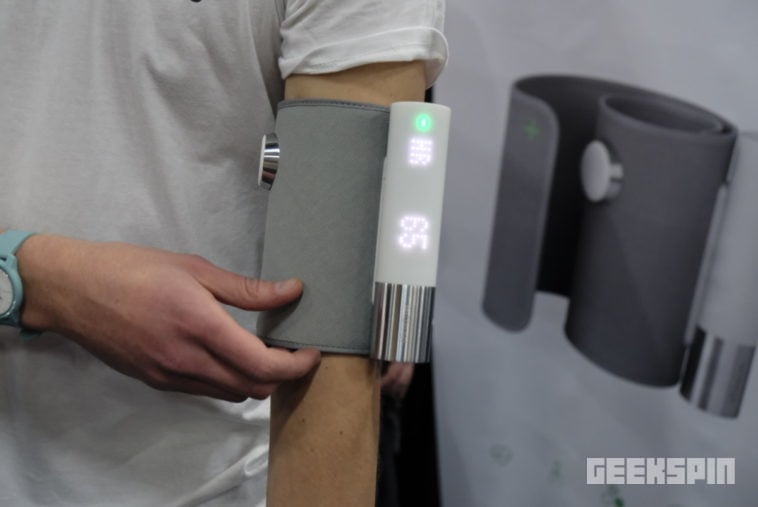 According to the W.H.O, cardiovascular disease is the world’s number cause of death, killing nearly 10 million people per year. While the underlying causes are plentiful, medical experts agree that early detection and management can help save or extend the lives of those affected.

Withings says its cutting-edge, in-home cardiovascular monitor now affords users the ability to collect pertinent health data that was “traditionally only available in a clinical setting.”

By packaging its three-in-one heart monitor into a user-friendly device, Withing is hoping to “help prevent disease and promote healthy lifestyles,” touts the company.

At the root of it all is the high-tech armband designed to look like your average blood pressure cuff. Buried deep within is housed a wealth of cutting-edge sensors that allow the BPM Core to check blood pressure, ECG, and heart valve health.

In all, the BPM Core allows the user and his/her doctors to easily monitor diseases such as diabetes, as well as detect other abnormalities such as atrial fibrillation earlier than otherwise.

And this all works from the comfort of your home.

But perhaps most impressive is the speed in which the BPM Core operates. For example, after it’s positioned, the cuff takes just 90 seconds to tests blood pressure, ECG, and valvular health. Said stats are then color-coded and neatly presented by the accompanying iOS / Android app.

CES 2019 attendees can stop by the company’s booth to check out the BPM Core from January 8th to 11th. Currently, the device still under review by the FDA, however, Withings is planning a Spring-2019 launch at $250 each.