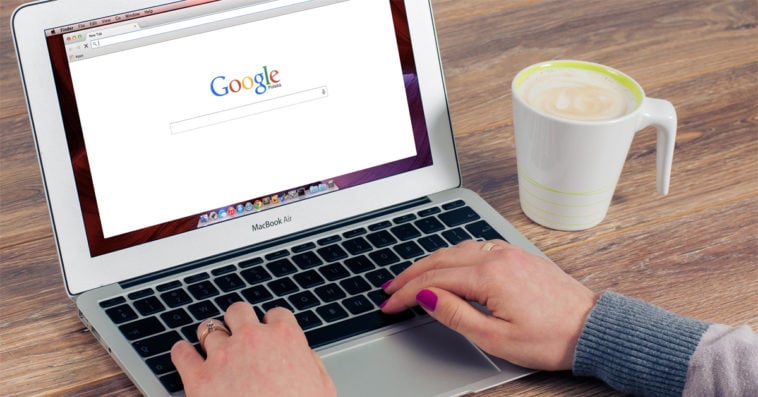 Job resource site Zippia used Google Trends to determine the most interesting thing each state was googling during the quarantine period from April to August. And while some results are somehow expected, others are weird and completely surprising.

For instance, as a lot of companies have adopted a work-from-home setup since the onset of COVID-19 pandemic, people in New Jersey were googling about “virtual interview,” while California residents were looking for “cool Zoom backgrounds” on the Internet.

Sadly, probably due to the anxiety brought on by the coronavirus, people in Texas were “having trouble sleeping” like Floridians who were googling about “how to sleep at work.”

While the global health crisis has ruined everyone’s summer plans, there were people who were trying to salvage the supposedly fun season ― like the Arizonians who were googling for “staycation” ideas; Iowans who were making the best of pool shortages with “stock tank pools”; and North Carolinians who were researching “how to get a cruise refund.”

Apparently, the pandemic has made some people become more conscious about their health. Nevada residents were googling about “going vegan,” while people in West Virginia were looking for tips on how to “quit smoking.”

While it seems that a lot of Colorado residents were searching for steps on “how to stop drinking” completely, people in Mississippi (vodka pops), Minnesota (boxed wine), Nebraska (Mike’s Hard Lemonades), New Mexico (day drinking), South Carolina (frose), Wisconsin (Bloody Mary), and Tennessee (Cracker Barrel Alcohol) are doing the opposite.

Restaurants were not allowed to accept dine-in customers during the early part of the quarantine period, so people, as expected, were googling how they could order their favorite comfort food online,  like grilled cheese (Virginia), hot wings (Wyoming), chicken nuggets (Oklahoma), Chinese food (Rhode Island), and Chick-fil-A (Georgia).

READ  How did exes Bruce Willis and Demi Moore end up quarantining together?

And with a lot of time to spare during the quarantine period, a lot of people appeared to have started new hobbies such as cross-stitch (Kansas), virtual book club (Massachusetts), baking (Vermont), and sushi-making (Washington). While others made themselves busy by working on DIY projects like chicken coop (Maine) and patio (New Hampshire), many people in Indiana are surprisingly interested in becoming a YouTuber.

Meanwhile, people in Idaho were apparently done with Facebook and were searching how to delete their accounts. South Dakota residents, on the other hand, were planning to leave the U.S., googling “How to move to Canada” the most.

And probably the funniest among all the results, people in Louisiana were asking how often they should wash their hair, while Pennsylvania residents were wondering why their plants are dying.

Take a look at the map below to see all 50 states’ most interesting google searches during the quarantine period: 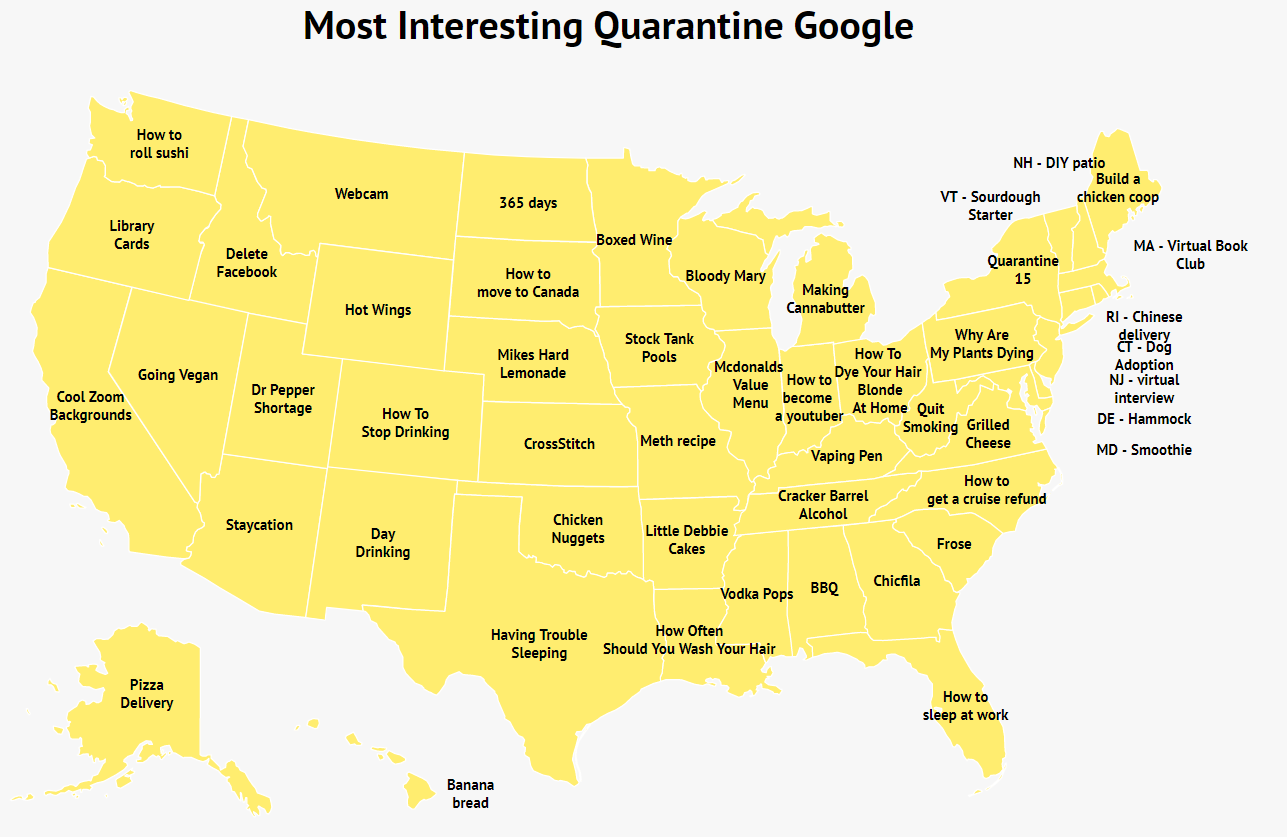