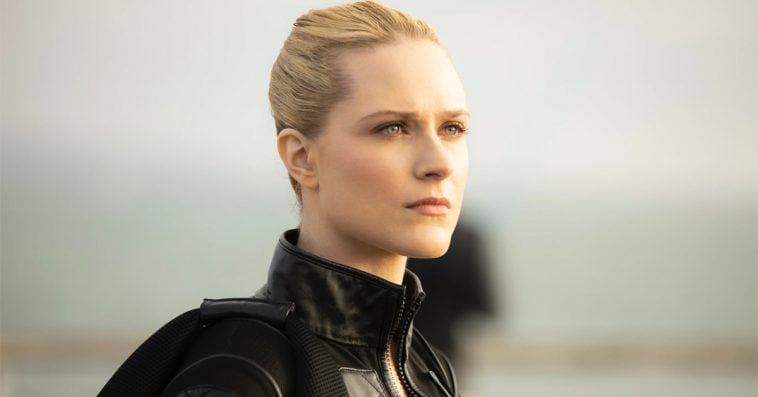 HBO has set the return date for Westworld.

In a new teaser video released on Sunday, the premium cable network announced that Season 3 of the sci-fi series will premiere on March 15th.

Aside from revealing the show’s return date, the clip also confirmed the show’s timeline by introducing a series of significant world events that ultimately led to the robot uprising.

The timeline starts with two real-world events, the Hong Kong protests on June 12th, 2019 and President Donald Trump’s impeachment on December 18th, 2019. These are then followed by a series of fictional incidents that haven’t taken place yet, including the ecological collapse in Indonesia on May 20th, 2020; the assassination of the U.S. president-elect in Buenos Aires on December 9th, 2024; a thermonuclear incident in Paris on October 9th, 2025; and the start of the second Russian civil war in Moscow on February 19th, 2037.

While most events in the timeline are described clearly, there are two items that are shrouded in mystery: the April 17th, 2039 launch of a system called “Solomon Build 0.06” and an undisclosed “critical event” concerning the said system on February, 27th, 2058.

Though the teaser video doesn’t give any additional details about this “critical event,” many fans believe that it’s likely the time Dolores (Evan Rachel Wood) and the other hosts gained consciousness, took over the Westworld park, and infiltrated the outside world.

As the intriguing timeline is being laid out in the video, a voiceover by an unidentified narrator plays in the background. “We are in the middle of a war. No one knows it’s happened yet or that it’s already been lost,” the narrator says. “For the most part, humanity has been a miserable little band of thugs stumbling from one catastrophe to the next. Our history is like the ravings of lunatics, chaos. But we’ve changed that. For the first time, history has an author, a system. And up until very recently, the system was working. But there’s someone we haven’t accounted for … you.”

In addition to Wood, Season 3 will also see the return of Thandie Newton as Maeve, Ed Harris as the Man in Black, Jeffrey Wright as Bernard, Tessa Thompson as Charlotte, Luke Hemsworth as Stubbs, Simon Quarterman as Lee Sizemore, and Rodrigo Santoro as Hector Escaton. They will be joined by new cast members Aaron Paul as Caleb, Vincent Cassel, Lena Waithe, Scott Mescudi, Marshawn Lynch, John Gallagher Jr., and Michael and Tommy Flanagan.

Just last week at CES, HBO creepily revealed that a data-mining company called INCITE will be featured in the new season.