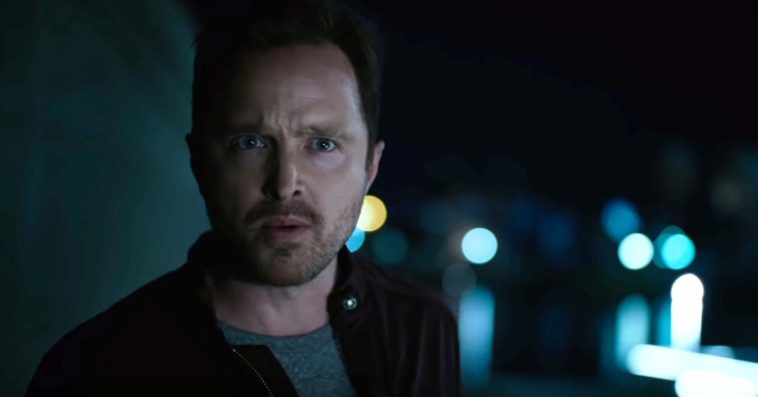 HBO is hoping to attract Game of Thrones fans to watch its sci-fi series Westworld.

A few minutes before the series finale of Game of Thrones began airing on Sunday night, the network dropped the first trailer for Season 3 of Westworld.

The one-and-a-half-minute clip introduces a new character played by Breaking Bad star Aaron Paul. “Sometimes, it seems the world looks alright like they put a coat of paint on it. But inside, it’s rotting to pieces,” Paul’s unnamed character is heard saying at the beginning of the video as the song Brain Damage by Pink Floyd starts to play. “They said they would make a better world, smooth away the rough edges. But that was a lie. I guess the rough edges are the only thing I’m hanging onto.”

Though Paul’s character is living in a more technologically advanced world with driverless motorcycle, robot co-worker, and drone-like helicopter, it appears that this new world is also plagued with injustices. In a scene from the trailer, Paul’s character is seen kissing the forehead of a woman in what looks like a hospital room. While the relationship between the two characters is unclear, the care Paul’s character has for the woman suggests that she’s one of the reasons he’s aspiring for a better world.

While Paul’s character is clearly out for justice, it looks like he’s trying to achieve it unlawful ways. For instance, at some point in the video, Paul’s onscreen alter ego is seen carrying out a heist with two of his fellow robbers portrayed by Lena Waithe and Marshawn Lynch.

The trailer also gives a glimpse at Scott Mescudi, whose character appears to be locked up behind bars.

The only returning character featured in the teaser is Evan Rachel Wood’s Dolores, who shows up at the end of the trailer looking badly hurt. So when Paul’s character meets Dolores in a tunnel, the new character quickly asks her if she needs some help.

An exact release date for the new season has yet to be announced, but the trailer reveals that the series will return to HBO in 2020.