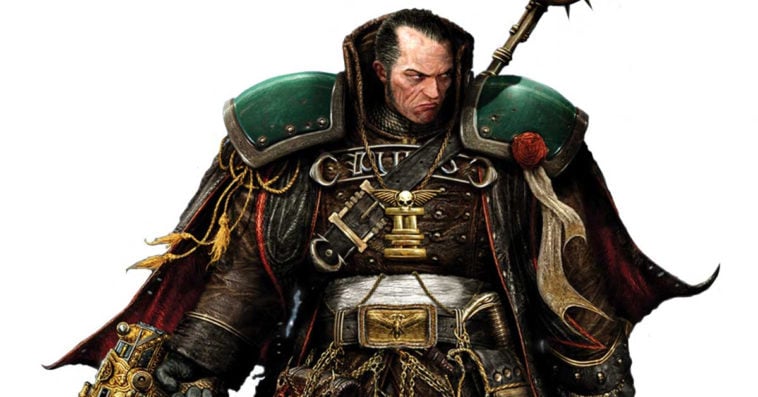 Warhammer 40,000 is getting its first ever TV adaptation.

Games Workshop — producer of the miniature wargame Warhammer 40,000 that has spawned novels, video games, and even a movie — has recruited The Man in the High Castle creator Frank Spotnitz to develop a live-action series based on the franchise character named Gregor Eisenhorn.

The sci-fi fantasy series, titled Eisenhorn, is set in the Warhammer 40,000 universe where mankind teeters on the brink of annihilation. While humanity’s armies wage unending war across a million battlefields, in the darkness, a secret conflict fought by the agents of the Imperial Inquisition rages. The show will see Inquisitor Gregor Eisenhorn leading his band of investigators in the fight against monstrous schemes of aliens, heretics, and daemons, before mankind’s doom is sealed.

EXCLUSIVE: The Man In The High Castle creator Frank Spotnitz is developing a TV series based on Games Workshop’s Warhammer 40,000 universe https://t.co/t2j4St2WbL

Spotnitz, who has been nominated for three Emmys for his work on The X-Files, will serve as the showrunner of Eisenhorn. He will also executive produce the series with Big Light creative director Emily Feller, who has worked on shows including Ordinary Lies, Trust Me, and Medici.

“We are delighted to collaborate with Games Workshop to develop the beloved visionary world of Warhammer 40,000 into a TV series,” said Spotnitz in a statement. Warhammer 40,000 is steeped in rich and complex lore, with a myriad of traditions and stories that have accumulated over time in this thrilling and complex world, making it one of the most exciting properties to adapt for television audiences and the franchise’s loyal global fanbase. There is nothing else like it on television, and we are incredibly excited to tap into our own experience creating imaginative, complex and compelling worlds to bring this incredible saga to the screen.”

Eisenhorn is based on novels written by New York Times best-selling author Dan Abnett, who has also worked for Marvel Comics on titles like Guardians of the Galaxy and X-Men. Originally published in 2001 by Games Workshop’s publishing imprint Black Library, Abnett’s Eisenhorn novel series have been reprinted in multiple languages and have sold over half a million copies worldwide. Abnett was also the scriptwriter of the 2010 Warhammer 40,000 CGI film, Ultramarines.

“Gregor Eisenhorn is a relentless force in the Dark Future of the Warhammer universe: a destroyer of daemons and a purger of heretics, implacable, powerful and dedicated. But the appeal to me, from the moment I started writing him, was his complexity,” Abnett said of the show’s titular character. “He is not the simple, ruthless hero he appears to be. His battle with the Warp leads him into dark places and forces him to question his duty, his understanding of the Imperium, and his own identity. With Eisenhorn, it’s not just the adventures, and they are certainly vivid: it’s the journey he takes to the very limits of what he is and what it means to be loyal.”

Eisenhorn doesn’t still have a broadcaster or a platform at the moment, but Games Workshop will be taking the project out to market soon.