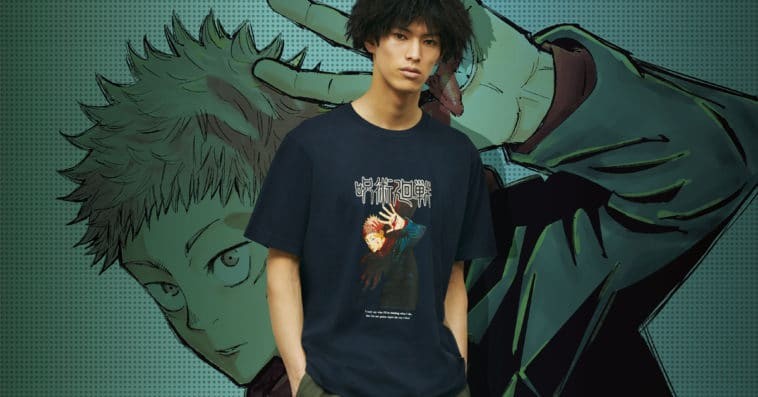 The wildly popular manga and anime series Jujutsu Kaisen is getting a UNIQLO T-shirt collection.

Global apparel retailer UNIQLO announced on Monday that it is launching a two-part Jujutsu Kaisen UT collection in the U.S. next month. The first installment of the collaboration, which is comprised of T-shirts featuring exclusive illustrations from the manga series, will be available on UNIQLO.com and at all UNIQLO stores across the country starting June 3rd. The second part of the collection, meanwhile, will feature exclusive designs from the anime series and will be released at a later date.

Both installments of the UNIQLO x Jujutsu Kaisen UT collection will also be available in other parts of the world, but launch dates will vary by region.

The Jujutsu Kaisen UT Manga lineup includes seven T-shirt designs for adults ($19.90 each) and four designs for kids ($9.90 each). The designs feature memorable scenes and actions from the most popular characters in the Jujutsu Kaisen manga series, including main protagonist Yuji Itadori and one of the primary villains, Ryomen Sukuna. Also depicted in the collection are the Hollow Purple technique of sorcerer and teacher Satoru Gojo and a design showing Shikigami curses that sorcerer Megumi Fushiguro summons. 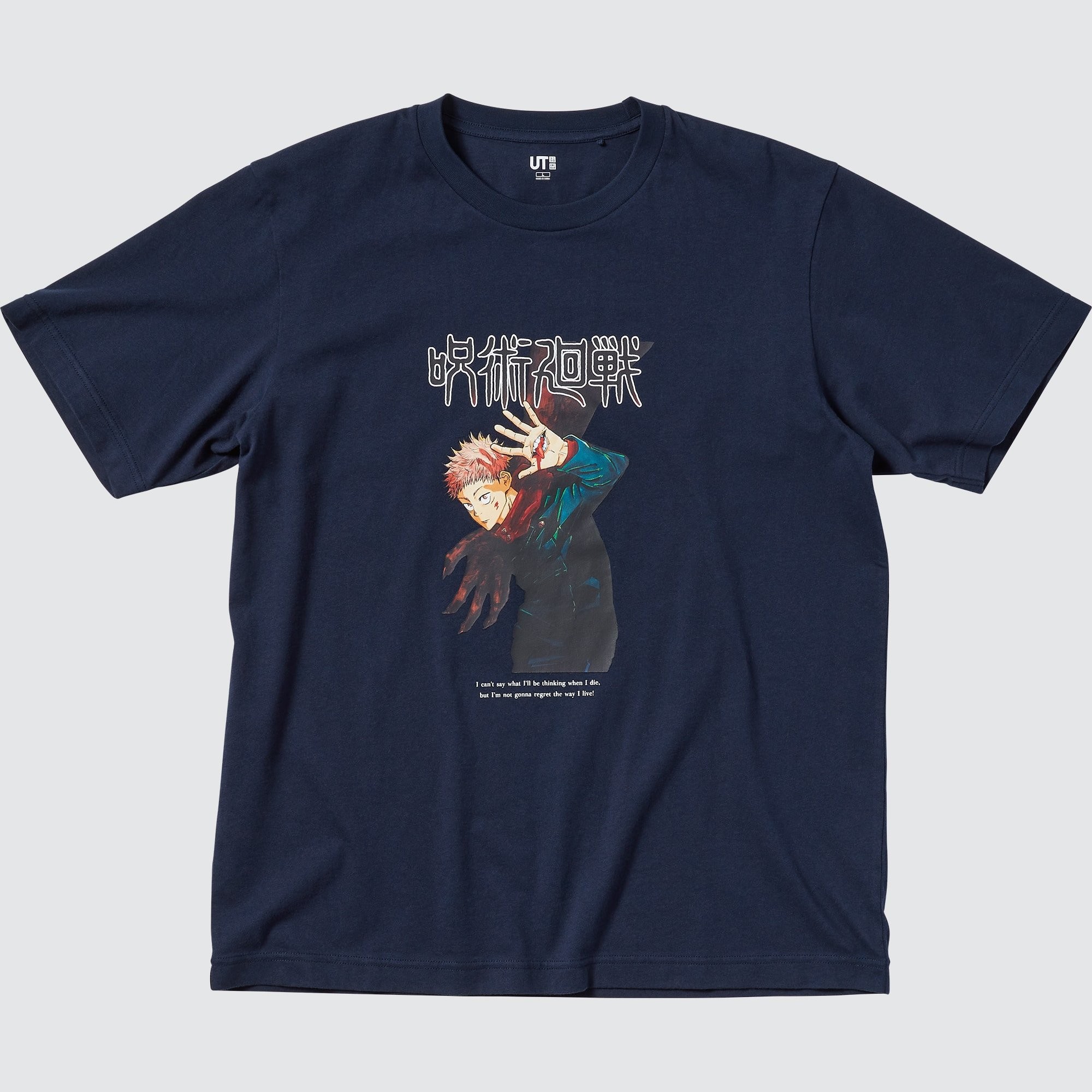 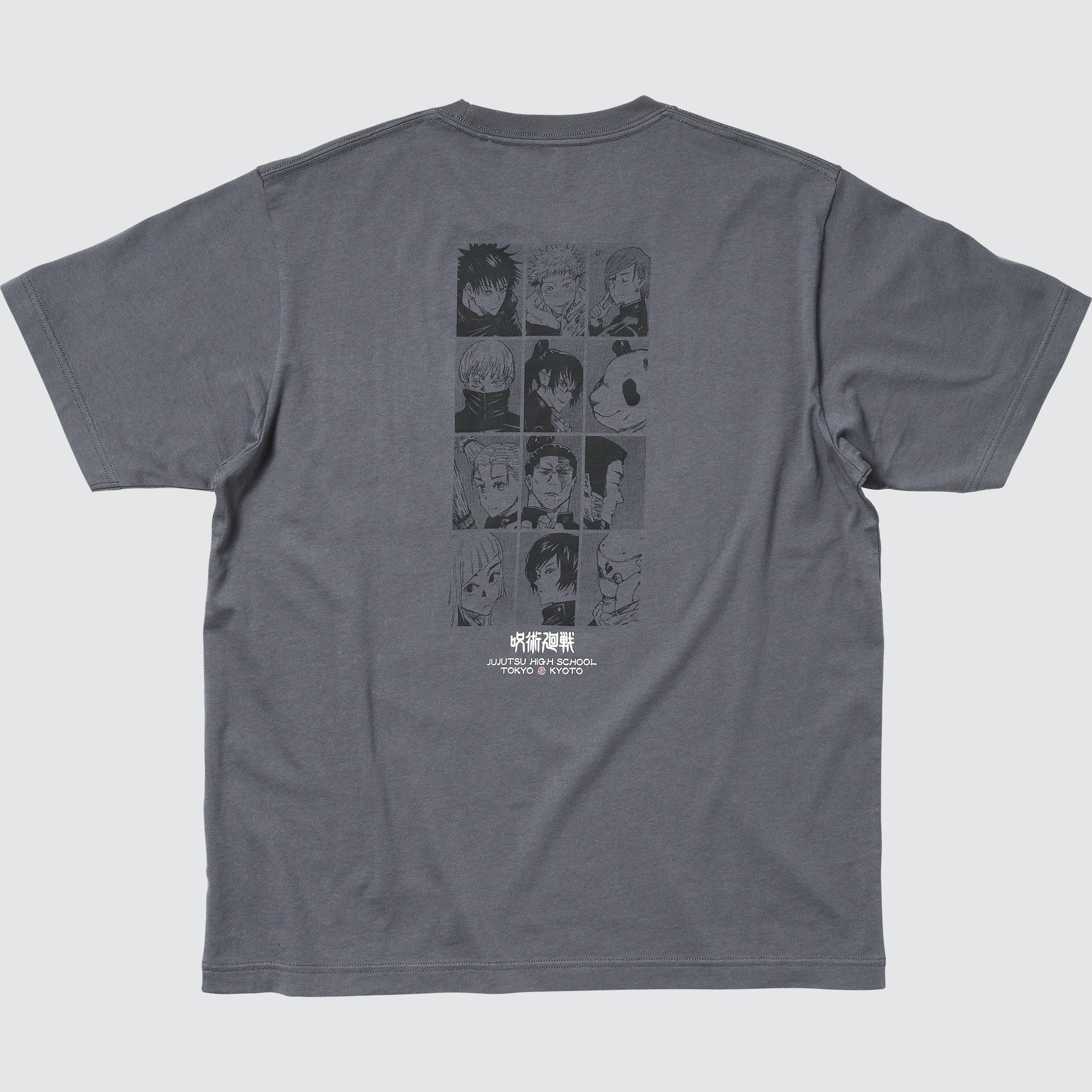 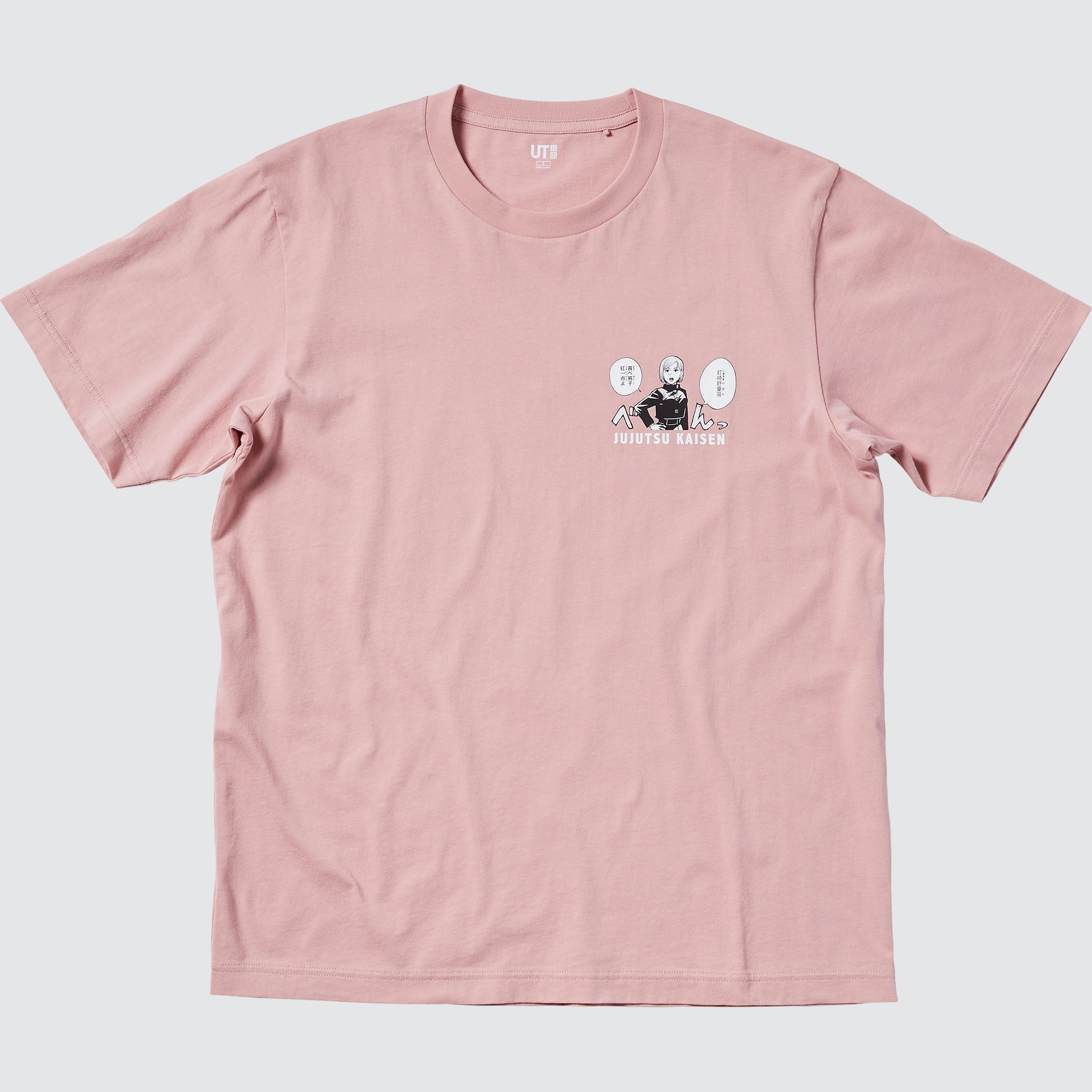 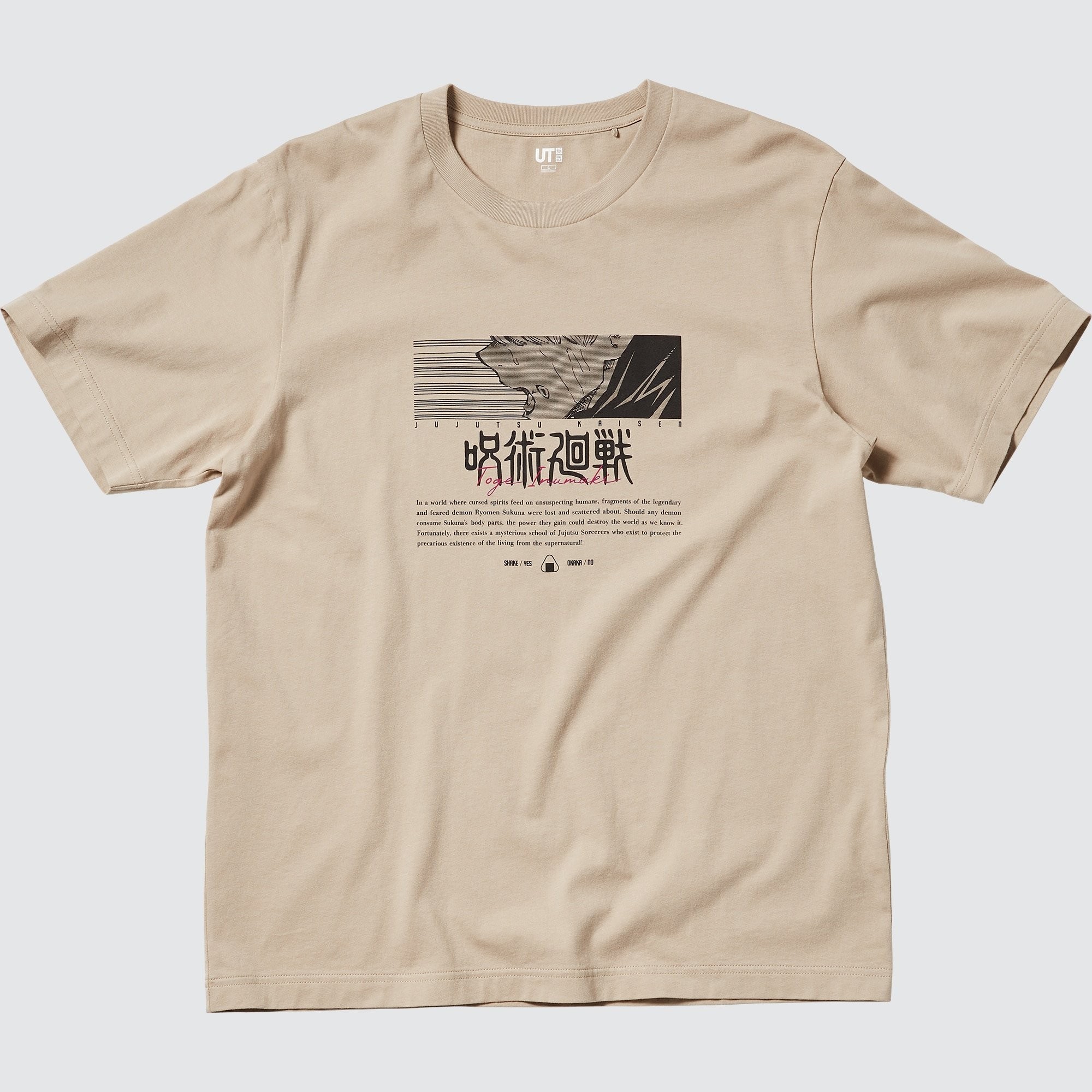 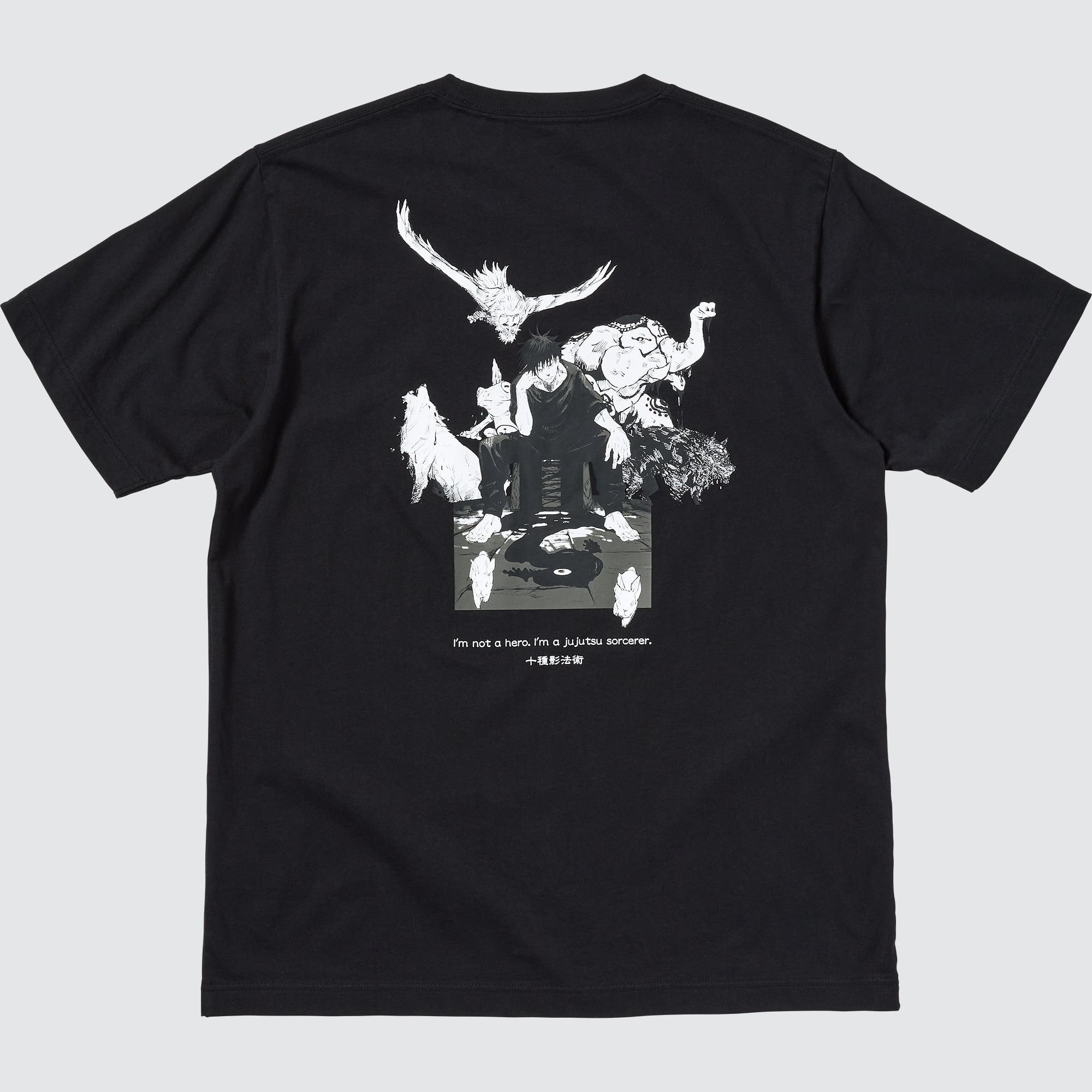 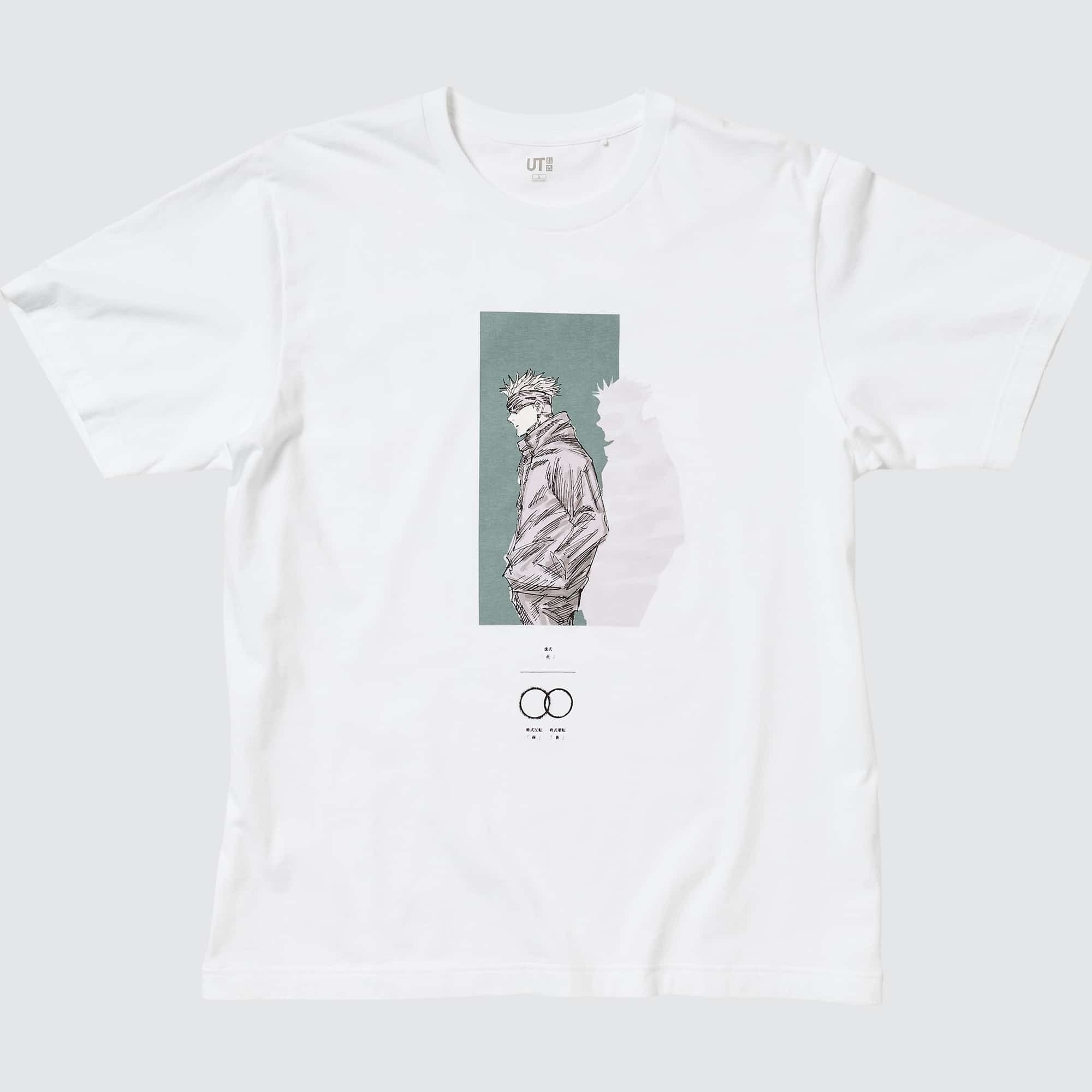 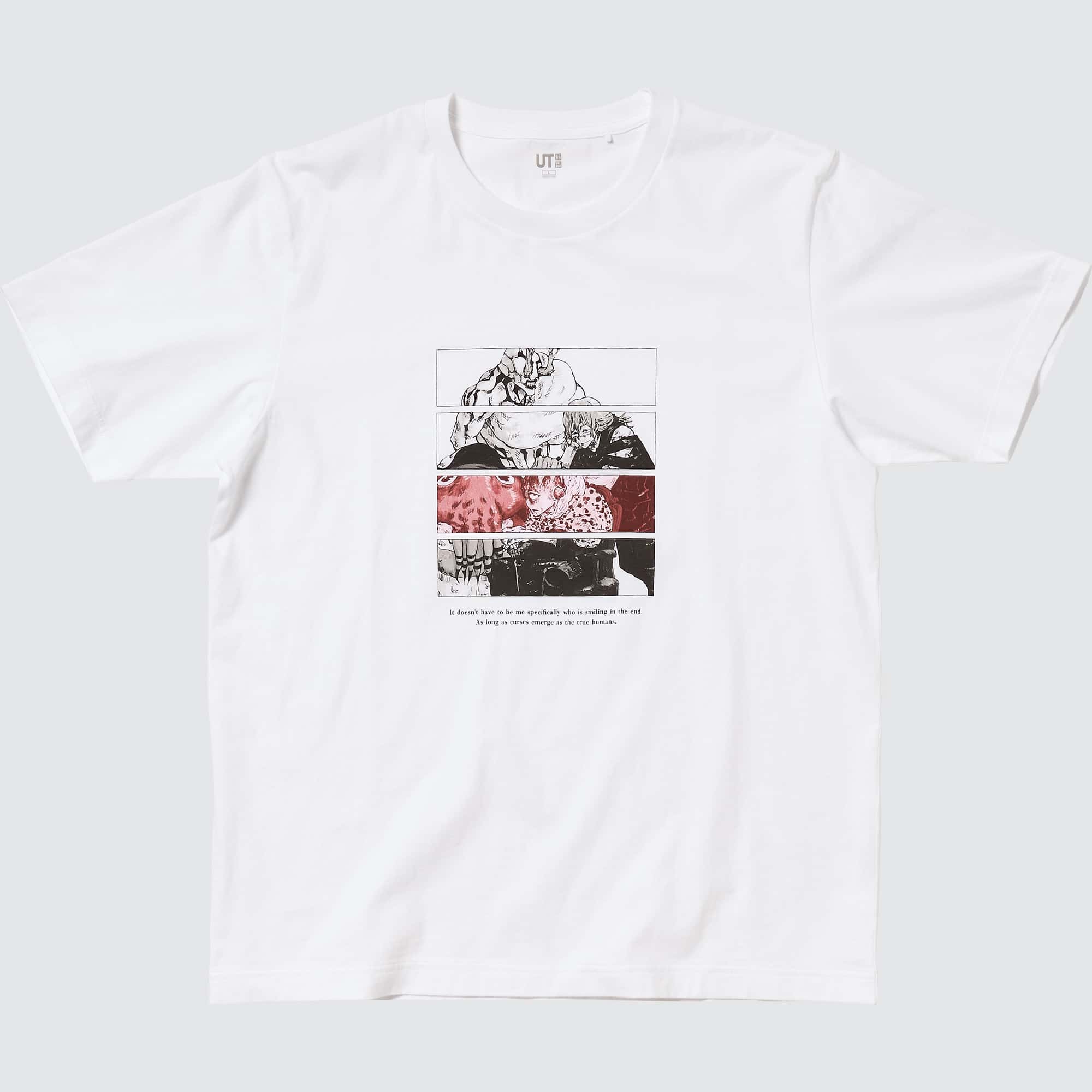 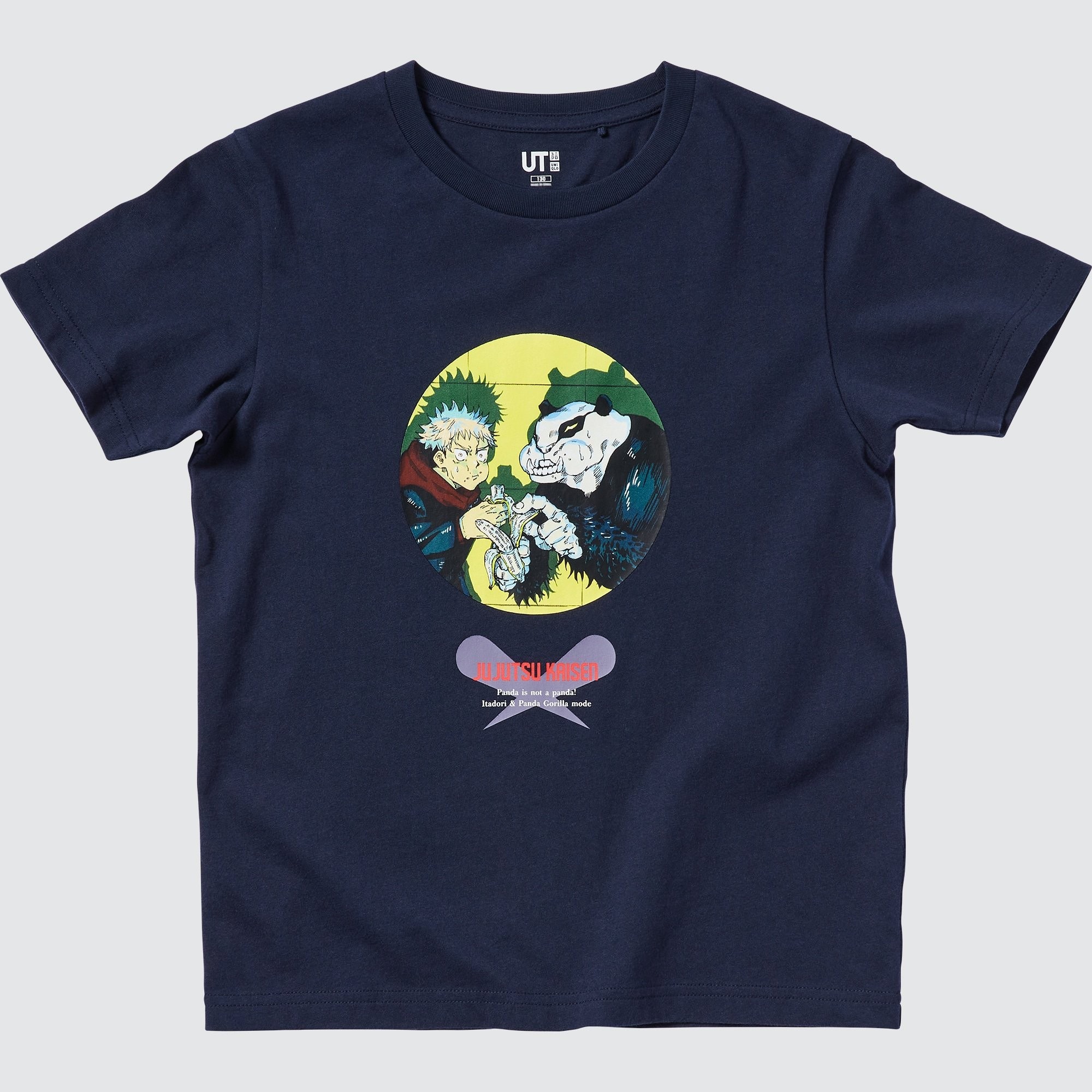 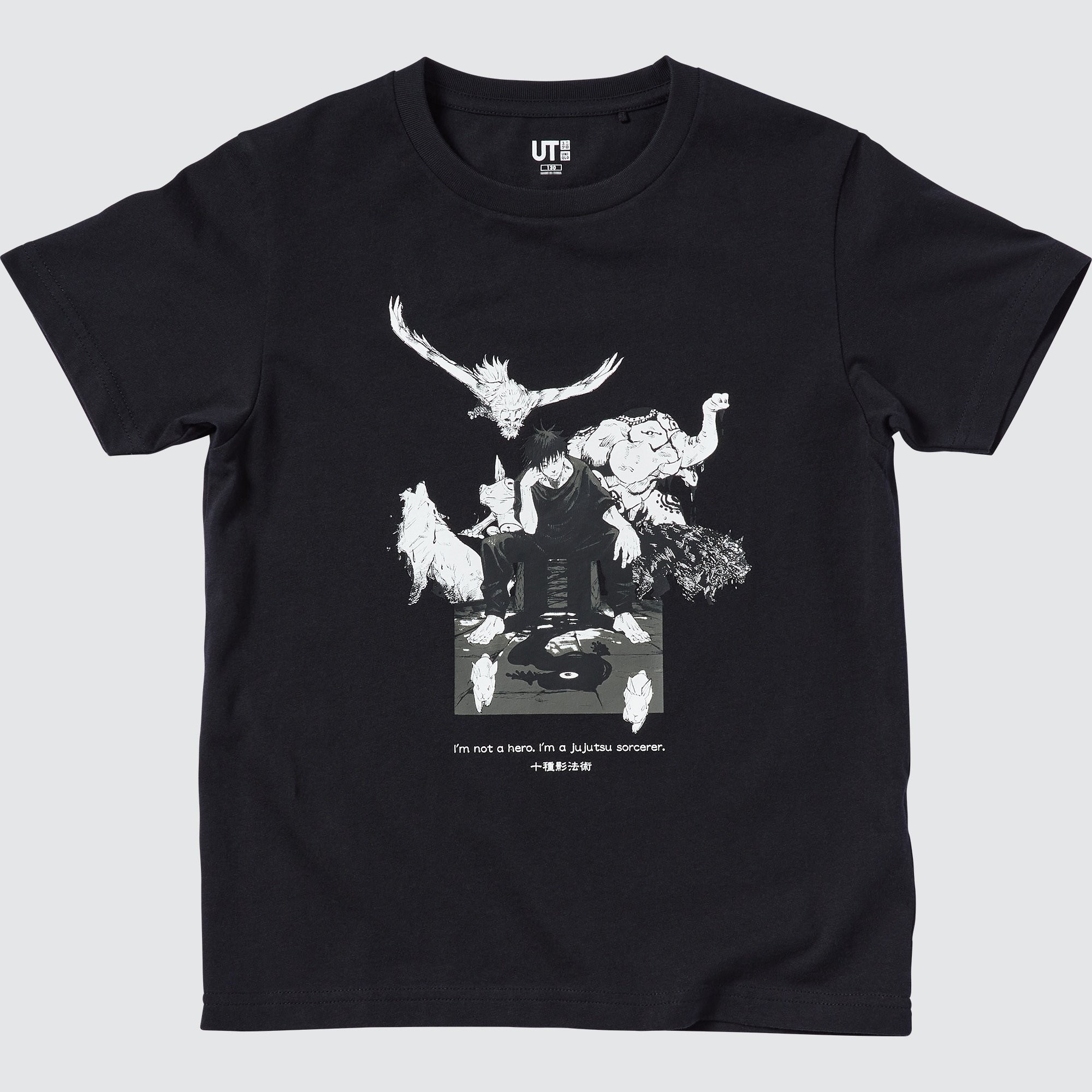 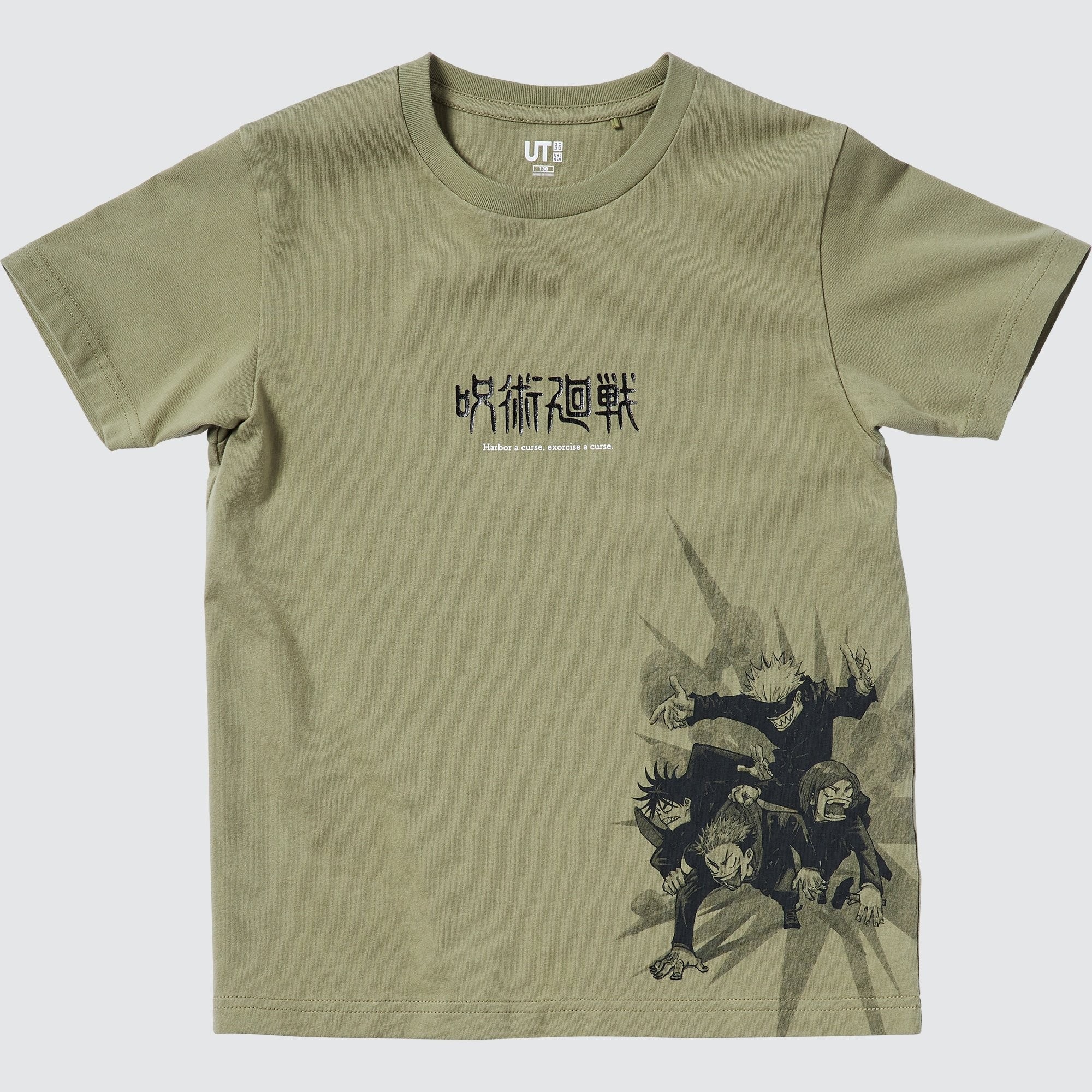 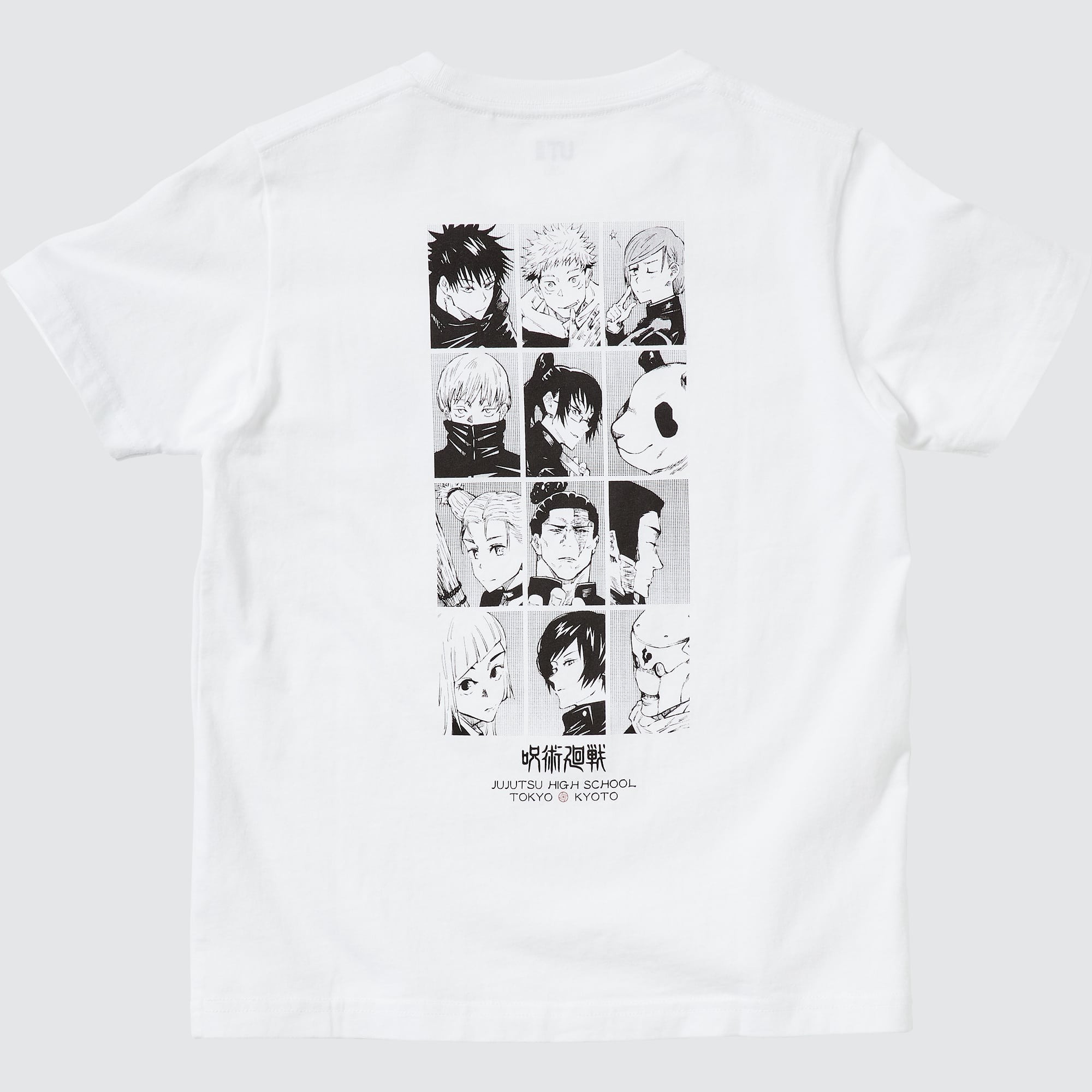 Written and illustrated by Gege Akutami, the Jujutsu Kaisen manga series follows high school student Yuji Itadori as he joins a secret organization of Jujutsu Sorcerers in order to kill a powerful cursed spirit named Ryomen Sukuna, of whom Yuji becomes the host. Launched in March 2018, the ongoing manga series currently has 15 volumes. And as of April 2021, Jujutsu Kaisen had over 45 million copies in circulation, including digital versions, making it one of the best-selling manga series of all time.

A 24-episode anime TV series adaptation of the manga aired on the Japanese TV channel MBS from October 2020 to March 2021. Outside of Asia, the anime, which was produced by animation studio MAPPA, is currently streaming on Crunchyroll. The streamer released an English dub of the anime in November 2020.