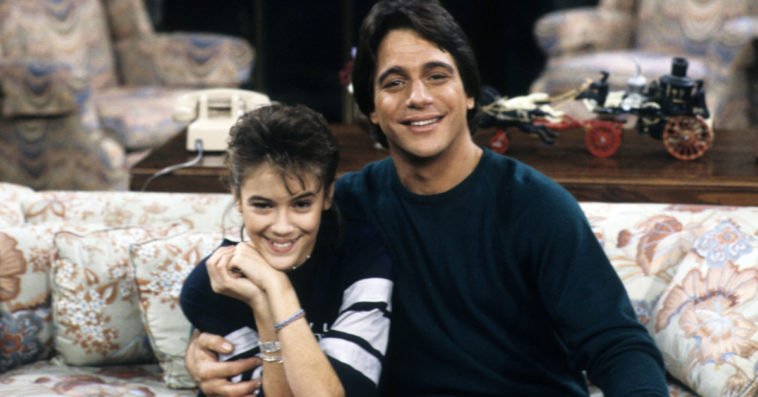 A sequel to ABC’s family sitcom Who’s the Boss? is in the works at Sony Pictures Television, and original cast members Tony Danza and Alyssa Milano are set to reprise their iconic roles as father-daughter duo Tony and Samantha Micelli.

The original series, which ran for eight seasons on ABC from 1984 to 1992, centered on Danza’s Tony, a former major league baseball player who moved to Fairfield, Connecticut, to work as a live-in housekeeper for a divorced advertising executive Angela Robinson Bower, played Judith Light.

Averaging more than 33 million live viewers per episode during its original run, Who’s the Boss? was a huge success in the U.S. and international syndication. Created by Martin Cohan and Blake Hunter, the Emmy- and Golden Globe-winning series was praised by critics and fans alike for its progressive depiction of a modern family in the ‘80s with a reversal of gender roles and stereotypes.

Set three decades after the events of the original series, the sequel will focus on the father-daughter relationship between Tony and Samantha, who is now a single mother, living in the house the original series was set in. The new series will explore generational differences, as well as opposing world views and parenting styles within the dynamic of a modern family in 2020.

Both Danza and Milano took to social media to confirm the return of the series and express how excited they are to continue the story of their characters almost 30 years after the parent series ended.

Very excited to bring Who’s The Boss back to television! #whostheboss

🚨ANNOUNCEMENT🚨 I AM SO EXCITED! #WhosTheBoss is coming back!!! I’ve wanted to share this for so long and now I can! 😭 We feel the time is right to tell the story of where these amazing characters are today. Can’t wait to share their stories with you. So happy.

Light and Danny Pintauro ― who played as her son Jonathan Bower on the original show ― are reportedly supportive of the follow-up series. Though both of them are not part of the sequel’s initial cast, the people behind the project are said to be looking for creative ways to reunite them with Danza and Milano. Original main cast member Katherine Helmond, who played the role of Mona Robinson, passed away last year of complications from Alzheimer’s. She was 89.

Aside from reprising their roles, both Danza and Milano will also serve as executive producers on the sequel, along with Embassy Communications’ Norman Lear, ACT III Productions’ Brent Miller, and Farah Films’ Dan Farah, who brought the updated take of the series to Sony.

No network has been announced yet for the new show, but it will eventually be shopped to buyers with the opportunity to also license the 196 episodes of the original series.