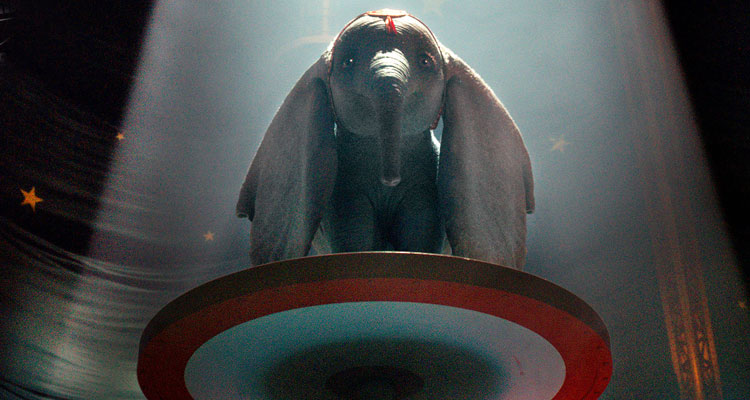 Most folks have asked the same question when they heard that Tim Burton was directing the new Dumbo movie; how on earth will Johnny Depp play a flying elephant?

The pair is known for their collaborations, which in truth, have suffered from diminishing returns lately.

Thankfully Burton has decided to expand his circle (or at least return to some of his other favorites) for the re-imagining of Disney’s 1941 animated movie, with Colin Farrell and Danny DeVito amongst those in the leading roles.

For those of you who aren’t aware of Dumbo, it is the story of a magical elephant who seemingly unites everyone around him.

In Burton’s version, Farrell will play Holt Farrier, a former horseman who is a single father to two children and works in a circus. Frank Reynolds, sorry I mean Danny DeVito, stars as the circus’ owner.

The trailer shows Holt with his kids, Milly (Nico Parker) and Joe (Finley Hobbins), meeting Dumbo for the first time. It also shows the infamous elephant soaring through the circus’ amazed audience.

The classic film’s Oscar-nominated song, Baby Mine, makes a return in the trailer via a new version sung by Norwegian singer-songwriter Aurora.

Michael Keaton also stars in what could be one of the best movies of next year. He plays V.A. Vandevere, the owner of a rival attraction called Dreamland, whose interest is peaked by the flying elephant. Keaton really strives in these types of roles, where he gets to play the antagonist, so we cannot wait to see him in this role.

Dumbo hits theatres in March 2019, but you can see the first trailer above.