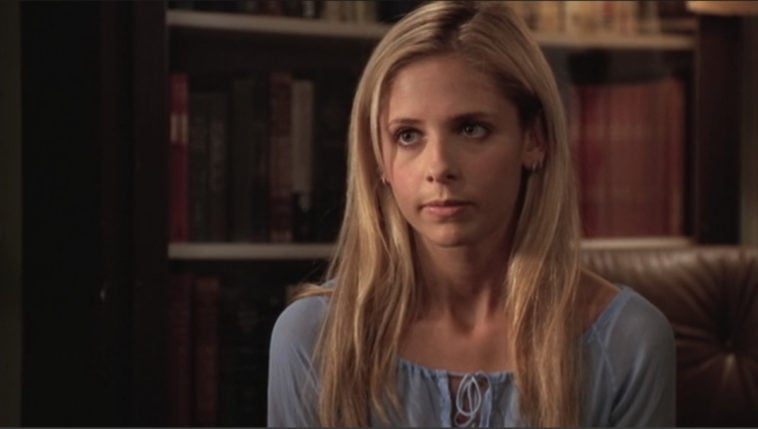 Have you ever given someone a gift and when their reaction upon receiving is not what you expected at all? That’s how TV bosses must feel now, after announcing that Buffy the Vampire Slayer is getting a reboot. But many fans have reacted negatively, as the idea of anybody but the original cast taking on the blood drinkers is just too much to deal with.

As the old saying goes, “some things are best left alone”, and the show, which was formerly fronted by Sarah Michelle Gellar, may be one of those things.

The key complaint among many of the fans is that they wanted a revival of the original show and not a reboot. The likes of Charmed and Roswell got their reboots, with mixed reactions and Buffy fans don’t want their memories of the original tarnished.

The Joss Whedon created show started in 1997 and finished up in 2003. Whedon will return as an executive producer for the series, and it will be written by Agents Of SHIELD writer Monica Owusu-Breen.

The Hollywood Reporter has stated that an unnamed black actor is in line for the lead role in the reboot, which will be placed in the modern world.

It’s not yet clear if any of the stars of the original series will be returning.

Update 7/27/18: It turns out that the upcoming Buffy series will actually be a sequel or spinoff, and not a reboot.

'Reboot' had better be code for 'a sequel starring a whole new character, set after the activation of the slayers'.

You're still not forgiven for what happened to Anya.

You know what would be better than a Buffy reboot? A new show with new characters about the Slayers who got activated around the world at the end of the show, with cameos from original cast members. #Buffy #buffyreboot

My thoughts on the #BuffyReboot:

Why are they racebending Buffy when they can make a brand new, kick-ass, black slayer character?

I'm all for inclusivity (duh, I'm brown) but I don't want it if it's done lazily by reusing characters. Do POC not deserve their OWN characters?

I'd rather see a continuation from after the hell mouth closed. A new slayer awakening, new storylines and characters.. Leave the Original Buffy Series as is..it doesn't need a reboot. #buffyreboot