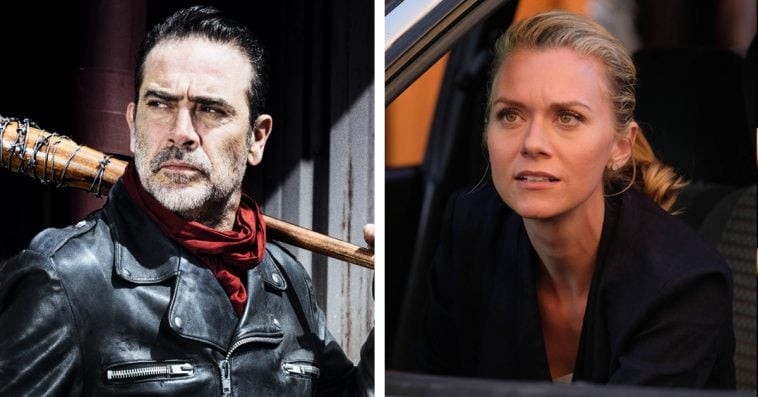 Jeffrey Dean Morgan and Hilarie Burton have finally tied the knot after over a decade of being together.

Morgan and Burton took to social media on Monday to announce that they legally got married over the weekend. A rep for Morgan confirmed to People that the Walking Dead actor and the One Tree Hill alumna wed on Saturday in New York.

In a lengthy Instagram post announcing their wedding, Burton, 37, took time to clarify the status of her relationship with Morgan. “We’ve lived as husband and wife for a decade. We’ve built a family, and a farm and found our community. For years, publications have reported that we got married in 2014 or 2015 and that I’ve been married and divorced before. All untrue,” wrote Burton, alongside a gorgeous grayscale picture of her and Morgan taken by photographer Sasithon Pooviriyakul. “But WE knew our truth. So it felt silly to try and correct anything.”

Burton, who shares 9-year-old son Gus and 19-month-old daughter George with Morgan, went on to explain why it took them 10 years before they decided to officially become husband and wife. “From the moment I met @jeffreydeanmorgan, he was my husband,” Burton wrote. “Rather than make vows right out of the gate, we lived them. For over ten years. The good times and the bad.”

Burton ended her post gushing over the wedding ceremony itself. “Standing up there with our children at our sides – celebrating all that has been – was bliss,” she shared. “I love you Jeffrey. I love our intimate group of friends and family who joined us. … It was private and magical and everything I dreamed.”

Morgan, for his part, kept his wedding announcement short and sweet. “I’d say words… but there aren’t any. Mrs Morgan…. I love you. Thank you for making me the luckiest man in the world. Xojd,” the 53-year-old actor captioned a stunning photo of him and his wife.

In a follow-up post featuring a picture of the newlyweds with their children, Morgan revealed that the intimate wedding ceremony was officiated by his Supernatural co-star Jensen Ackles and The Walking Dead co-star Norman Reedus.

Burton’s One Tree Hill co-star Sophia Bush was also present at the wedding.

Morgan can be currently seen in Season 10 of AMC’s The Walking Dead. Burton, meanwhile, last starred in the 2019 Lifetime original movie A Christmas Wish.