CES 2020 — like so much of its tech, the big tents of this circus are all folded up and put away. We saw lots of folding screens, lots of smart home appliances, and a whole lot of AI, but when we finally sat down and took a breather, these were the products, announcements, and moments that kept on coming back to us. Here’s the tech we’re most excited to get our hands on this year! 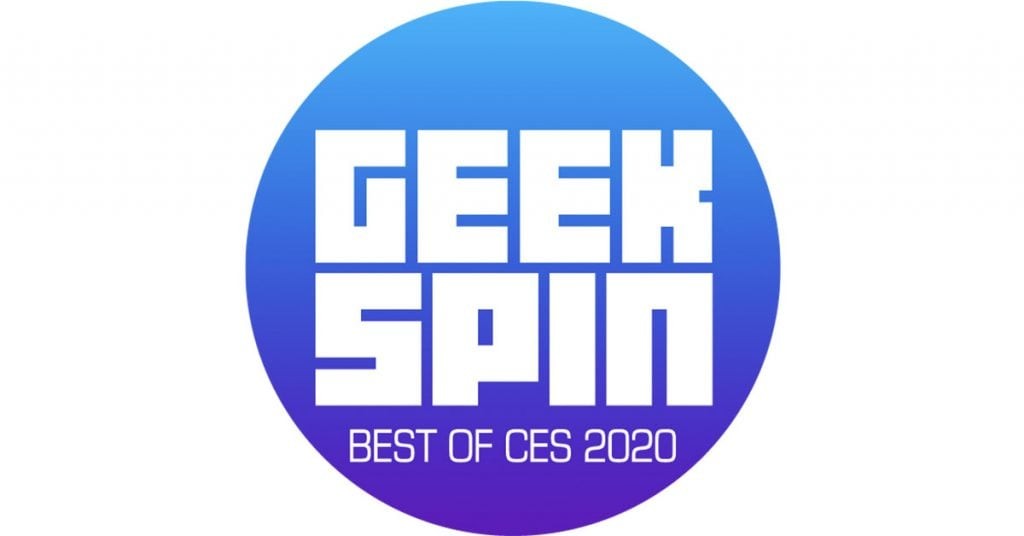 Folding displays — not just for smartphones! We’re not sure how many people will find use for a folding PC like the Lenovo ThinkPad X1 Fold, but sometimes, CES is about just showing us what’s possible. After years of development, the ThinkPad X1 Fold is official and on track to be released this year. Its 13.3″ OLED screen can be folded down the middle, allowing it to shift from laptop with a second screen instead of a keyboard to a plain old tablet to a plain old laptop with the use of a magnetic keyboard. Not even the Yoga can claim to be that flexible!

Every CES, another connected home fixture gets normalized. This year, it was for sure the digital frame display — lots of TVs in fancy frames out there, but we like the more modest, practical 21.5″ cloud-connected Lenovo Smart Frame. The Smart Frame can either cycle through one of your digital photo albums or be a true digital piece of art, displaying artwork from a library Lenovo draws from. You get an arty piece of tech at a much more palatable price of $400.

Is future cyberpunk a thing? I think it is now. One of the many things at CES thrown in our collective laps with no assurance that we’ll ever see it in stores, we don’t even know how Panasonic’s Ultracompact VR Goggles work, or if you could use them without being tethered to a PC. All we know is that they look sweet, and sometimes, that’s enough.

Sometimes, life imitates art. In other words, James Cameron made an Avatar car with Mercedes-Benz. Like any car inspired by Avatar would have to be, the concept car is supposed to be carbon neutral and electric, and there’s also something about connecting with the car emotionally to control it instead of using a steering wheel. I cannot wait for those sequels to get here.

Can a ball be your best friend? Welcome to the new decade. Ballie manages to be cute despite just be a little yellow ball, which is achievement enough. Add on the abilities to work as a digital assistant and automatically record family moments, and you’ve got the greatest robotic ball since Sphero.

It’s 2020, and no one in tech has given serious thought to the problem of being stranded without a toilet paper roll until now. Ponder that. I know a great place where you can do that pondering, too.

Alright, alright, maybe you do want that digital picture frame to be a TV. Have to admit, it’s still a technical marvel that any company can make a 55″ or larger TV no thicker than a couple smartphones with a completely flat back! The LG GX Gallery Series 4K TVs were the new hotness is artsy TVs this year, and they support all the good Dolby tech, plus the Hollywood-sanctioned Filmmaker Mode.

Are laptops as exciting to talk about these days? Maybe, maybe not. But, if you’re going to buy a new one in 2020, for us the choice is looking clear — with razor-thin bezels, premium materials like CNC machined aluminum or woven glass fiber, and top-of-the-line specs, the Dell XPS 13 looks like as much of a sure thing as it has the past few years.

A good gaming monitor needs two things beyond what’s expected of the usual monitor — a super high refresh rate to support the most fast-twitch gamers in the world and compatibility with GPU tech that makes sure the display and the GPU don’t get out of sync. 240 Hz will certainly cover the former, and compatibility with Nvidia G-Sync and AMD FreeSync cover the latter.

It’s easy to make fun of the glut of smart home products out there, but a smart faucet truly makes sense — it does when you think about how much water is wasted in the average sink, anyway. U by Moen can be controlled by gesture or voice to dispense exact amounts of water at exact temperatures, preventing overuse of water when doing the dishes or using water in recipes. It’s a simple improvement, but one that could make a real impact on water bills and the environment.

It’s 2020, and yes, plugging in and properly configuring a soundbar can still be a massive headache. Roku TV Ready is a new certification you’ll be seeing (especially on those TCL Roku TVs), which among other things guarantees you’ll be able to optimize your soundbar for use with your TV with just the press of a button.

Can a pork siu mai taste as good as the real thing? Well, it can if it’s made by a chef in Vegas, anyway. But, we think it won’t take a master chef to work magic with Impossible Foods’ pork, the company’s first new faux-meat product since its originally foray into beef. We came, we tasted, and we think it’s got potential!

Good news: all your smart home products make your life a lot easier. Bad news: your router has had about enough of it. Wi-Fi 6 is the next-gen Wi-Fi standard that can handle the explosion of connected devices in the home, and a new Wi-Fi standard is in want of a new router — kinda like Comcast’s xFi Advanced Gateway. 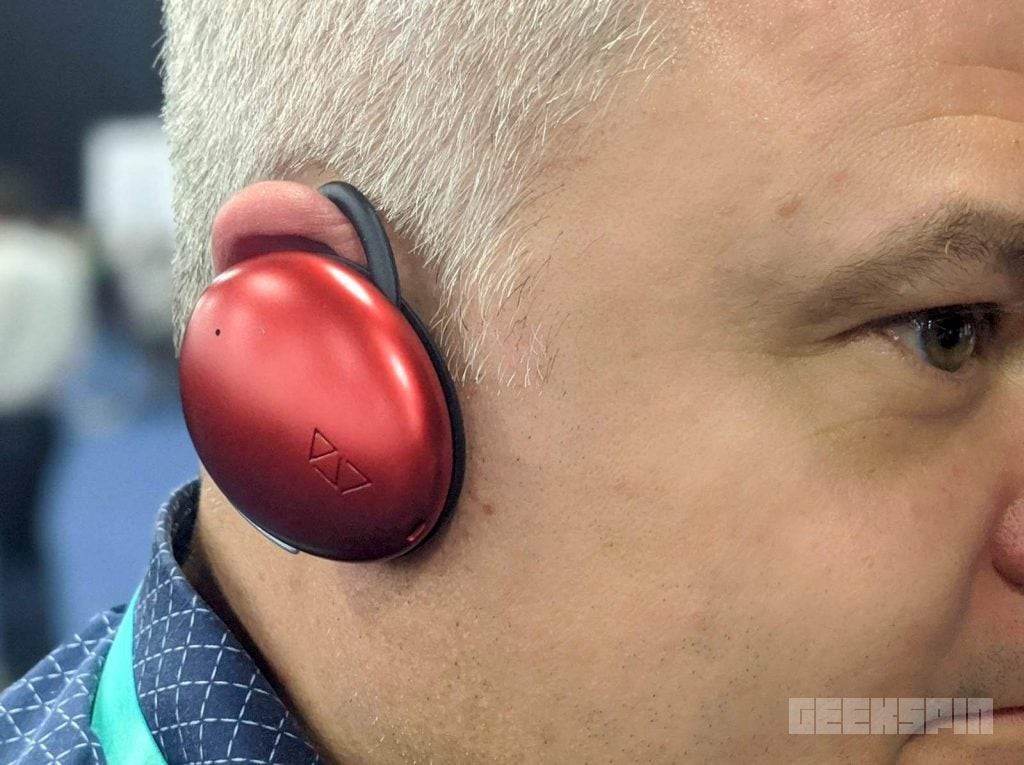 The most ambitious real-time and translation tool will finally be on the market in April. The Waverly Labs AmbassadorWaverly Labs Ambassador comprises a pair of ear cups to be used by two different people who speak different languages. Using a single smartphone, Ambassador will interpret in real-time, with each person hearing the other in their native language. With support for 20 languages and 42 dialects at launch, it’s the best attempt yet at getting past the language barrier.

Give Intel credit: they’ve tried modular computing without success before, but that’s not stopping them from getting back on that horse. The Intel NUC (next unit of computing) Ghost Canyon is tiny by gaming desktop standards at just 5 liters of volume, with most of that volume taken up by the GPU. The draw here? CPU modules that can be swapped in and out, making the PC extremely easy to upgrade.

The solution to range anxiety in electric car drivers? Build more charging stations! But, that takes a lot of money and time, and requires you to wait for a while at a specific spot. So, SparkCharge decided they’d take the power to you — they make portable charging stations that drivers can take with them, and they’re also working with roadside assistance operators to get those stations to drivers whose batteries have died on them.

Lora Dicarlo first made waves at CES last year after being controversially banned from the show. A year later, they’re back, and the other “wellness” toy companies should be grateful, because thanks to them, pleasure devices were huge at the show and officially allowed to exhibit. In any case, their latest product Baci, is a micro robotic device designed to mimic the sensations of oral pleasure.