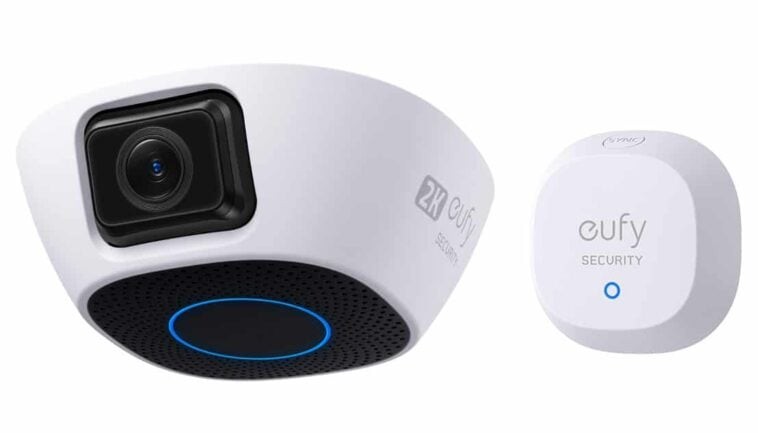 The eufy Security Garage-Control Cam is both a garage door controller and a security camera that can be monitored using the accompanying app. The camera can be set up to be controlled with voice commands, too.

The cameras work by using machine learning algorithms to recognize humans and vehicles and sending notifications to the user accordingly. That leads to object detection and recognition that eufy says is 99% accurate. And, here’s a feature that would be welcomed by any of us — the device can send an alert when the camera senses that the garage door has been left open. Beats wondering whether or not you did for an hour while you walk through Target! The camera can also be set up with geofencing detection, so it’ll trigger whenever someone enters a specific area.

The camera can stream high-definition video to the app, so you can check in on the place whenever you need to. Standard stuff there, but what’s really nice is that you can check that stream and store up to 32 GB of video (on a local SD card, rather than on cloud servers) without a subscription or monthly fee.

So, what’s the difference between regular and plus? Slightly better video quality and the ability to control two garage doors, rather than just one. They’re priced at $99 and $129 respectively. Both are expected to launch in the US and Canada by March with other regions to follow.