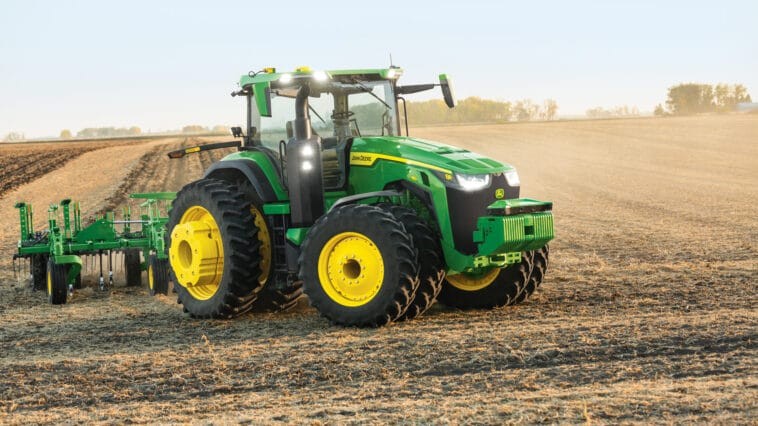 John Deere has been planting the seeds for decades, and finally, it’s time to harvest — the company’s first fully autonomous tractor is ready to hit farms this year, and it’s a potential life-changer for farmers everywhere.

While the idea of a fully autonomous tractor has existed long before autonomous driving entered the zeitgeist, John Deere only began to get close to making it a reality in the last few years — as with autonomous cars, thanks to the emergence of more sophisticated machine learning algorithms that can be used to teach software to recognize objects and react accordingly.

The hardware, arguably, was the easy part — the tractor itself is John Deere’s 8R model, an existing model that, in a Tesla-like approach, has been touted as autonomous-ready since its release thanks to camera rigs on the front and rear that give it a 360-degree view of its surroundings. While it’s been possible for a farmer to sit in an 8R tractor and let it do its thing, it’ll now be possible for the tractor to operate independently, allowing the farmer to be off doing one of the many, many other things they need to be doing. 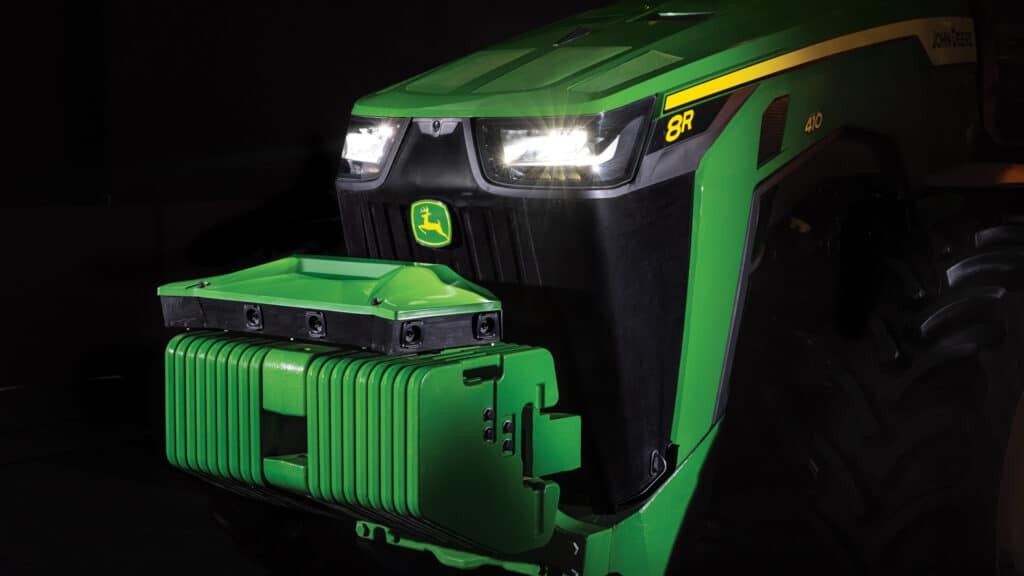 Certainly the software part was hard, although the challenges of making the machine learning algorithms work were a little different than the challenges we’re used to hearing about when it comes to autonomous driving. Machine learning for autonomous driving depends on pictures — show a piece of software thousands, millions of pictures of cars, and it’s going to be able to tell a car from not a car the vast majority of the time. And, there’s no shortage of images of cars (or pedestrians, or cyclists) in all sorts of different contexts and backgrounds, giving autonomous driving software the flexibility to work in a variety of places and conditions.

Pictures of the random obstacles and mishaps that can appear on farms? Unsurprisingly, there’s a lot fewer of those pictures available, and that led to a more protracted development process for John Deere’s driving software. But, it was the last piece of the puzzle — we chatted with John Deere’s director of emerging technologies, Julian Sanchez, who told us that obstacle detection had finally gotten to where it needed to be for the company to flip the switch on fully autonomous. After the farmer finishes the initial setup, using geofencing and other features to give the tractor its path through the farm, they can (in theory) leave it alone completely.

It won’t quite work out that way, and John Deere is aware of that. Obstacles that the tractor can’t recognize will appear, and the farmer will have to be notified and fix the problem. But, that’s a problem that John Deere and the farmer can live with — after all, if an autonomous tractor suddenly stops in the middle of a field, there won’t be a line of tractors waiting behind it filled with fist-shaking farmers. The tractor can sit idle while the farmer figures out what the problem is and removes whatever is impeding the tractor’s progress. As long as the farmer opts into data sharing, it’ll be a learning experience — another data point to improve the machine learning algorithm.

The tech is cool, but it’ll be more fascinating to see how this changes the world of farming. And interestingly enough, these driverless tractors will be rolling out to do a very specific job at first. Sanchez talked to us a little about tillage, and why it’s such a vexing problem for farmers. Tillage is when soil is turned over and loosened up, and is an important part of keeping the farmland fertile. Problem is, the best time to do it is fall, when harvest season is clearly still the priority. Like everyone else, farming has a labor shortage, and one that predates the pandemic. Sanchez told us that John Deere constantly talks to farmers who tell them that they are not able to till as well as they’d like, it at all, because what few workers they’ve found need to be put to work actually harvesting crops. For some farmers, getting an autonomous tractor might not even be so much a money saver as a way to cover a need that is going unmet.

Farmers will be able to check John Deere’s work, too. While the cameras are equipped to record video and tell whether or not the tillage is being done properly, farmers can also watch a live feed on the companion app to make sure the tractor is satisfying their own standards. It’s not something that would necessarily need constant attention, though, freeing up farmers to go handle other business. 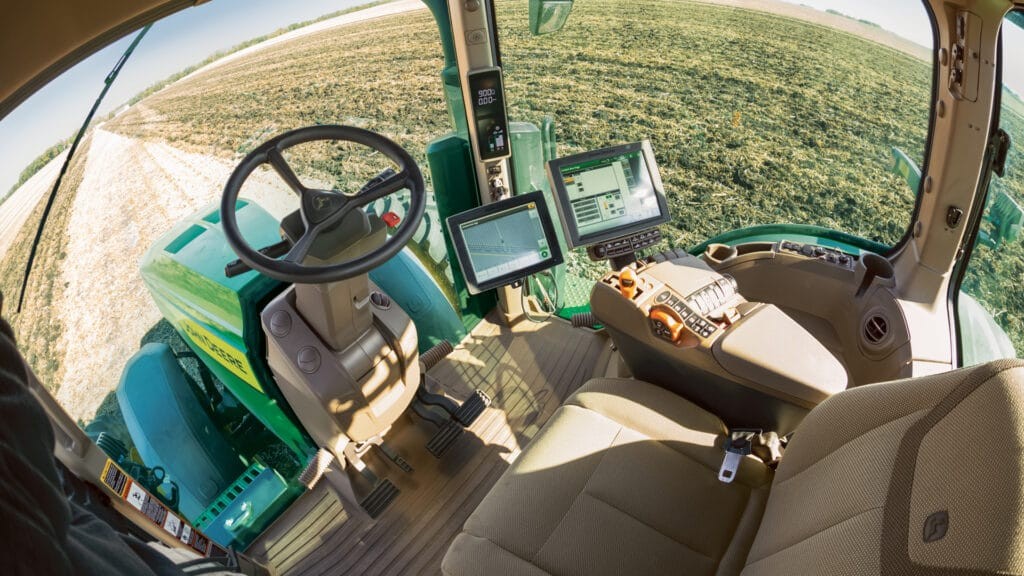 While driverless tractors are far different than driverless cars, they have one big thing in common — the potential to remake our relationship with vehicles. We’ve heard lots of stories about a driverless future where no one owns cars, with fleet companies sending them out on request. While John Deere hasn’t nailed down exactly how they’ll bring their fully autonomous system to market, Sanchez confirmed that a subscription model like this is being considered. where farmers don’t necessarily own their tractors.

That fits in with what John Deere is already doing for farmers. They’ve been providing software-as-a-service products to farmers for a while now, giving farmers an easy-to-use dashboard that manages data and gives them insights about their crops. The tractor fits right in to that — as long as the farmer consents, the tractor is basically one big data harvester, and that’s going to potentially give John Deere an incredible overview of agriculture in the United States and beyond.

But, farmers will have their say, too — Sanchez told us part of the reason John Deere hasn’t nailed down a release strategy is that they’re still talking to farmers and hearing how they’d like to access and use autonomous tractors. It’s a much smaller group than the crowd that would use autonomous cars (just about everyone), so they’ll have a lot more power in those discussions — and they might have thoughts about who owns the tractor. We should find out where that leaves this autonomous tractor before too long — John Deere plans to roll out the 8R with the fully autonomous system activated this fall.