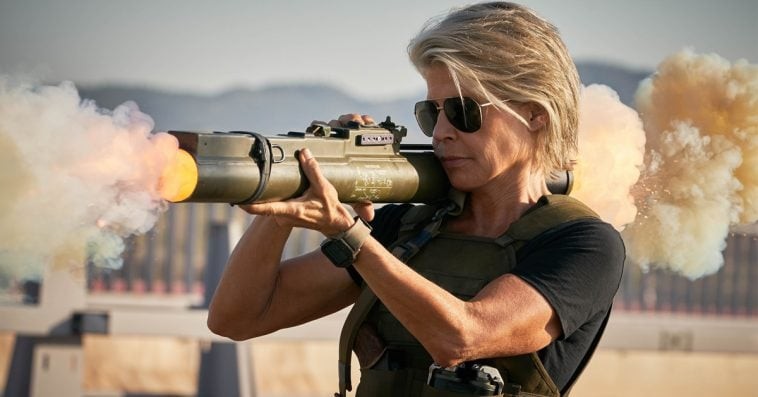 Linda Hamilton is not very keen in reprising her role as Sarah Connor in potential future installments of the Terminator franchise.

Hamilton last played Sarah in 2019’s Terminator: Dark Fate. The sixth installment in the series, Dark Fate is the best-reviewed Terminator movie in almost three decades. Though it has an impressive 70 percent critic rating and an 82 percent audience score on Rotten Tomatoes, the Tim Miller-directed film bombed at the box office, big time. Against a budget of $185 million, Dark Fate only grossed a total of $261 million worldwide.

Apparently, the movie’s underwhelming box-office performance is one of the reasons why Hamilton is now less interested in playing her iconic Terminator role again.

“I don’t know,” the Golden Globe-nominated actress told The Hollywood Reporter when asked if she’s at least optimistic about potentially playing Sarah again. “I would really appreciate maybe a smaller version, where so many millions are not at stake. Today’s audience is just so unpredictable. I can’t tell you how many laymen just go, ‘Well, people don’t go to the movies anymore.’ That’s not Hollywood analysis; that just comes out of almost everybody’s mouth. It should definitely not be such a high-risk financial venture, but I would be quite happy to never return. “

“So no, I am not hopeful, because I would really love to be done,” reiterated the 63-year-old actress, before making it clear that she’s not completely closing the door on a comeback. “But if there were something new that really spoke to me, I am a logical person, and I will always consider viable changes.”

Dark Fate was intended as the first in a new trilogy of Terminator films. It’s unclear, however, whether the sequels are still moving forward after Dark Fate flopped at the box office.