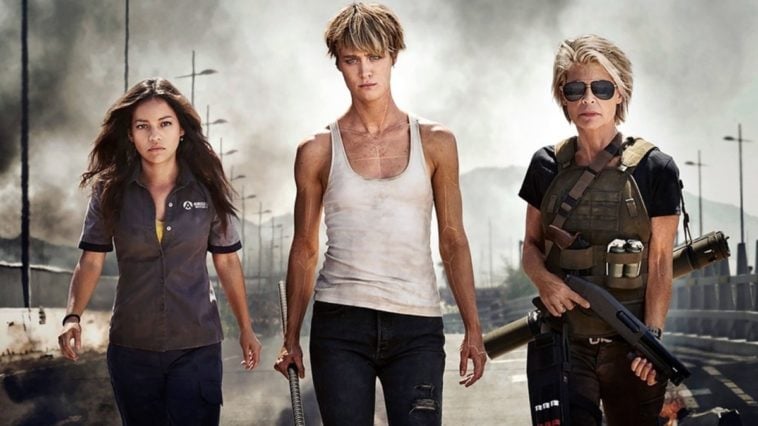 Paramount Pictures has recently released a photo to promote the latest Terminator film. Ever since James Camron left the series, the beloved franchise has failed to live up to fans’ expectations. Nevertheless, instead of the studio putting an end to the franchise, they’ve decided to double down and produce yet another Terminator flick.

According to Paramount’s newly released picture, this upcoming addition, which has yet to be officially named, will revolve around an all-female cast of lead characters.

Nerdist is reporting Natalia Reyes will play the role of Dani Ramos, Linda Hamilton will be returning to play Sarah Connor, and the lead role of Terminator will be filled by Mackenzie Davis. The report goes on to suggest Arnold Schwarzenegger – as well as Gabriel Luna and Diego Boneta – will return to fill ‘undisclosed’ roles.

Deadpool director Tim Miller will be tasked with turning the franchise around, however, he’ll be aided by the creator James Cameron who will serve as the film’s executive producer.

Generally speaking, movie critics showered Tim Miller with high praise for his work on Deadpool. Perhaps the duo of Miller and Cameron is exactly what the struggling franchise needs in order to be restored to its former glory.

The new film will hit theaters on November 22th – just in time for the upcoming holiday season.