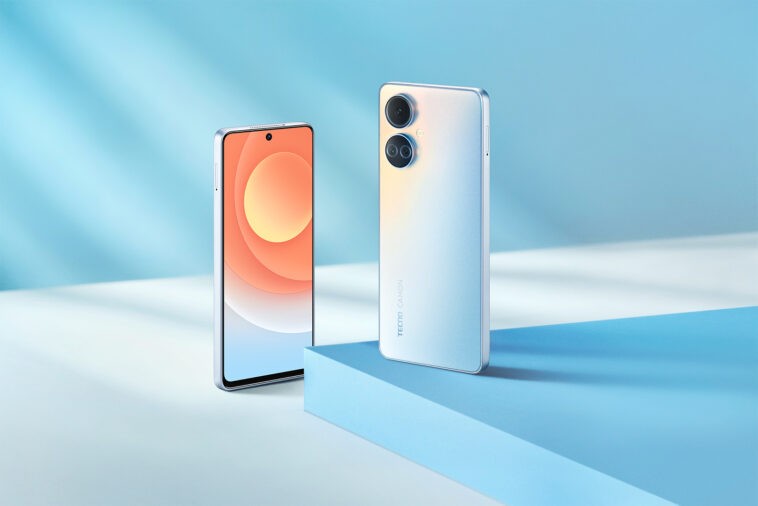 TECNO recently unveiled the CAMON 19 Series, their latest premium line of photography-optimized phones, with an emphasis on excelling at low-light photos, all without breaking the bank.

To that effect, the main focus of the CAMON smartphone is its camera. The CAMON 19 Pro model, in particular, features a 64MP Bright Night Portrait camera and supporting software that is “setting new standards” when it comes to taking pictures when lighting conditions are subpar.

Aside from the main 64MP camera, the CAMON 19 Pro also uses a 50MP camera that has a 2x optical zoom function.

As for its display, the CAMON 19 series features a 0.98mm screen bezel, purported to be one of the slimmest bezels in the market yet. This smartphone is framed into a 6.8-inch display with a wide color gamut, a 120Hz refresh rate, and automatic blue light management. The screen comes coated in a “diamond-like coating of 200 million crystals” that not only helps in preventing smudges but also renders the smartphone a smooth and sleek texture.

The CAMON 19 series is one step above the CAMON 18 series as a result of its choice of CPUs. The lineup of models in the series is all powered by the MediaTek Helio G96 chipset. This specific CPU is a worthy competitor to the Qualcomm Snapdragon 732G, although it loses quite a few points when it comes to energy efficiency.

Battery spec-wise, all models come with a typical 5,000 mAh battery featuring a 33W Flash Charge option. That’s nothing fancy, we reckon, since it is a given for most modern smartphones in the market.

The CAMON 19 Series will soon be available this month (June). Regions that will roll out the new models include Africa, Latin America, the Middle East, Southeast Asia, and Southern Asia.