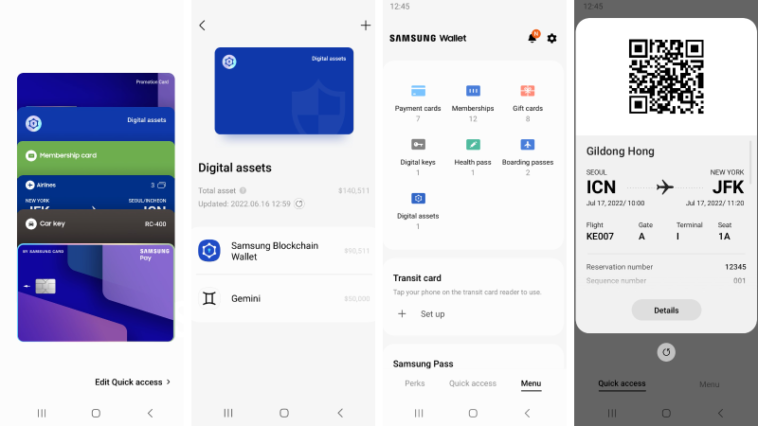 For reference, Samsung Pass stores passwords and verifies user identities using biometric data for things such as apps and services, while Samsung SmartThings is used to control IoT smart home devices, and Samsung Blockchain Wallet holds crypto. Samsung Wallet conveniently brings together all of these platforms.

Most importantly perhaps, is that Samsung Wallet uses Samsung Knox as one of its main security and protection layers. This is very critical to the continued use of security-sensitive applications such as the (aforementioned) Samsung Pass. Samsung Pass also works for digital automobile keys, particularly on select BMW, Genesis, and Hyundai car models.

In fact, Samsung Wallet is slated to add even more supported car models on the platform in the near future, so look out for additional automaker partnerships for the platform as it starts rolling out new updates.

In addition to combining already available Samsung ecosystem services, Samsung Wallet is also planning to add more features that would further enhance its convenience as an all-in-one platform. Later this year, for example, it will begin supporting official IDs, such as driver’s licenses and student IDs. Other important documentation as of late, such as proof of COVID-19 vaccination, will also be securely stored in a Galaxy user’s Samsung Wallet.

Samsung Wallet is now available in at least six countries— France, Germany, Italy, Spain, the United Kingdom, and the United States. To access the platform, simply open any of the Samsung apps that you previously used. The interface will then provide the steps needed for your Galaxy device to migrate into the Samsung Wallet system.