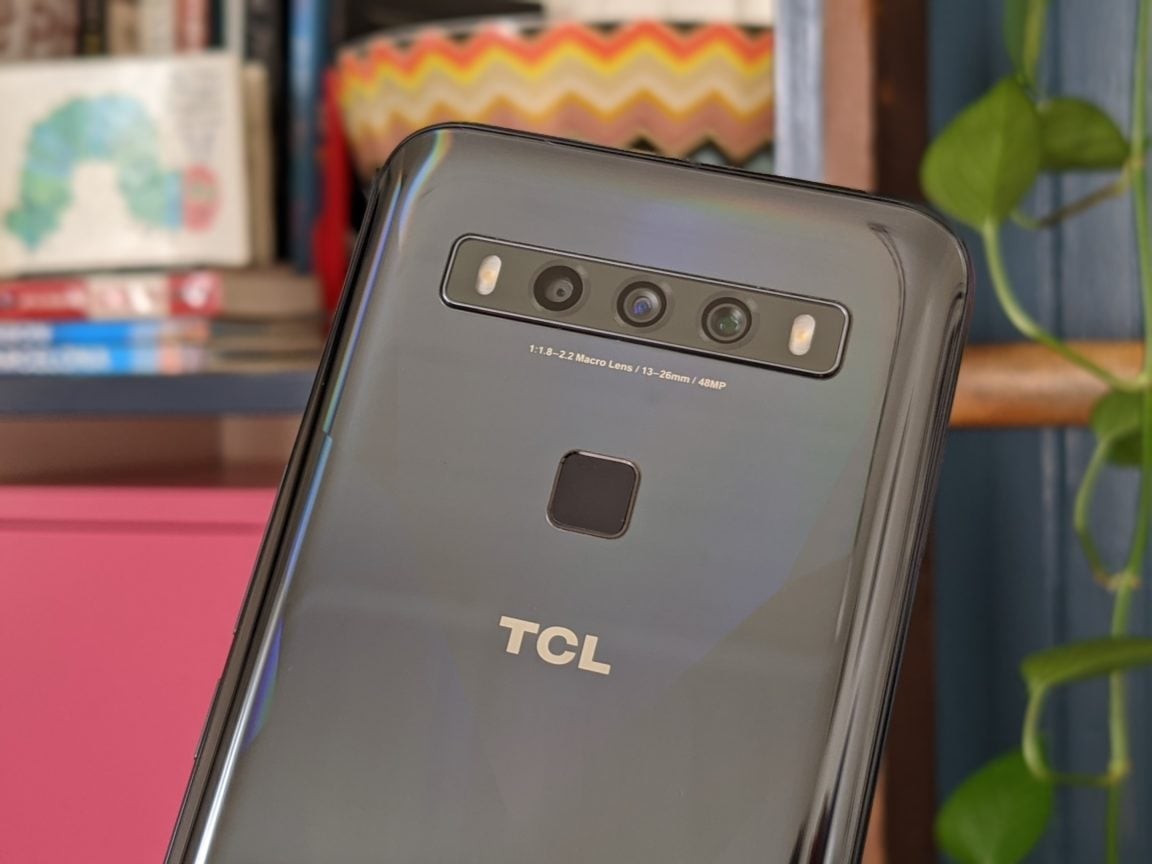 By now, you’ve probably heard of TCL’s popular TVs. But did you know TCL also makes phones? The Chinese giant, which also sells handsets under the Alcatel brand, even manufactured  BlackBerry phones for a while. After launching the TCL Plex abroad in 2019, the company announced a trio of handsets destined for the US market during CES, and released two of them — the $250 TCL 10L and $450 10 Pro — in May.

Today, I’m taking a look at the third model, the awkwardly named TCL 10 5G UW, a $400 phone that’s exclusive to Verizon, and is currently the cheapest mmWave 5G handset in the US. It’s basically a TCL 10L with a 5G-capable Snapdragon 765G and a few other tweaks for $150 more. Obviously, it’s affordable, but is it any good? What do you give up at this price, if anything? Let’s dig in and find out.

The TCL 10 5G UW is very similar in design to the TCL 10L. At 163.6 x 76.5 x 9.4mm, it’s about 1mm larger in every dimension, and the button and port layout is different. It’s also heavier, coming in at 210g. While this phone’s frame is made of plastic, it doesn’t look or feel cheap, thanks to a glass back with a cool faceted 3D pattern. Diamond Gray is the only color option, but it almost looks blue from some angles.

The 10 5G lacks the 10L’s programmable smart key and drops the fourth (depth-sensing) camera, but retains the horizontal shooter layout flanked by an LED flash on each end. This consists of a 48MP f/1.8 0.8-micron main sensor, 8MP f/2.2 1.12-micron 118-degree ultrawide, and 5MP f/2.2 1.12-micron macro lens with AF. Other than the improved macro, these cameras appear to be identical to the 10L’s. 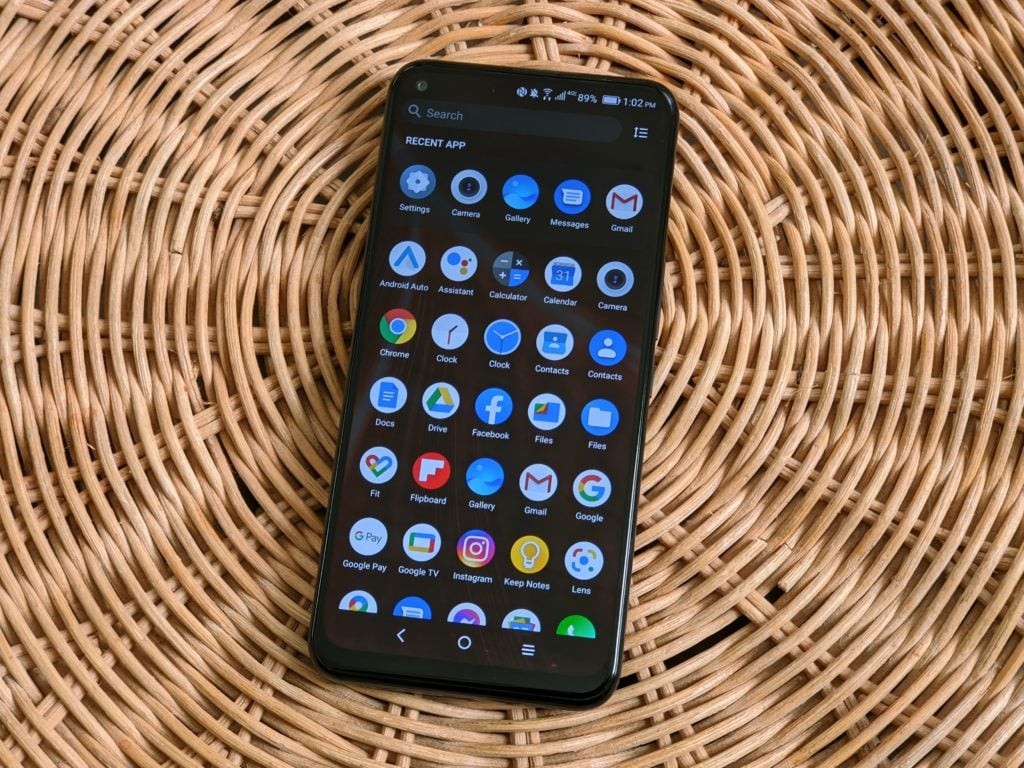 Like the 10L, the 10 5G features a square-ish capacitive fingerprint sensor in the back, plus TCL’s logo and Verizon’s silly tramp stamp. Along the bottom edge, you’ll find a mono speaker, primary mic, and USB Type-C connector. The right side is home to the power/lock key and volume rocker, and the SIM/microSD tray is located on the left. On top, there’s a headphone jack and secondary mic. 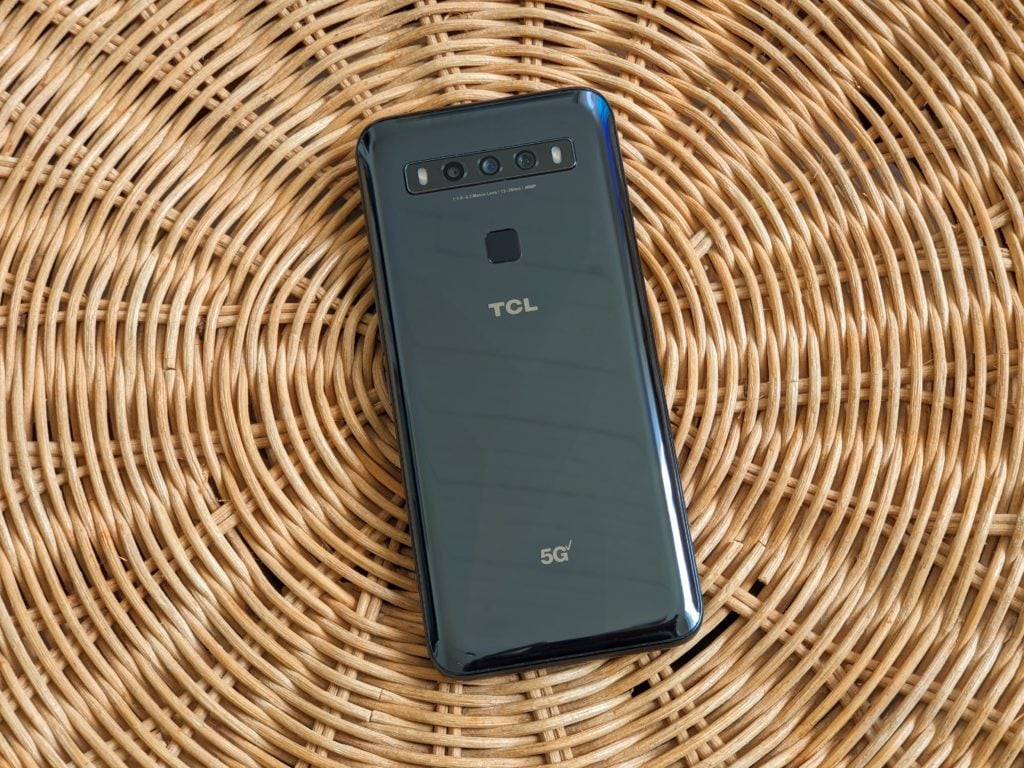 Other specs include LTE, WiFi ac, Bluetooth 5.0 LE (with Super Bluetooth), NFC, dual-band A-GPS / GLONASS / Galileo, and the standard array of sensors. The 10 5G drops the 10L’s FM radio — in case that’s important to you. Instead, you get 5G in both regular sub-6GHz (which Verizon just launched alongside the iPhone 12 series) and speedy mmWave flavors. This makes the 10 5G pretty future proof.

I’ve been using the TCL 10 5G UW for a few days, and here’s my takeaway. Despite being a big handset with a plastic frame, it feels well made and comfortable in hand. The design is unique enough to make the 10 5G interesting without being over the top. And while the rear-mounted capacitive fingerprint sensor and noticeable chin betray this phone’s affordable price, TCL’s done a great job here.

The 10 5G’s display is beautiful — especially for an IPS panel. It really shows off TCL’s TV expertise, and includes features like visual enhancement and standard dynamic range to HDR conversion via the company’s NXTVISION and a chip from Pixelworks. Colors are vivid, viewing angles are decent, and contrast is high. The only issue is brightness, with the screen getting washed out in direct sunlight.

Imaging isn’t one of the 10 5G’s strengths. Now don’t get me wrong — these shooters aren’t terrible, but I was expecting to see an improvement over the 10L, especially with the updated processor. While daylight pictures are pretty nice, low-light performance is underwhelming — this despite the 48MP 0.8-micron main sensor “binning” (combining) four pixels into one to output 12MP images with 1.6-micron pixels.

Night mode (which is missing from the 10L) helps a lot, but makes already obvious lens flares even worse. In addition, the 10 5G’s main camera often struggles to focus properly in the dark. Zooming is acceptable up to 2-3x in daylight, but photos quickly get messy beyond this. The ultrawide is generally fine, but struggles in the dark. The macro shooter is the only major update here, thanks to more pixels and AF. 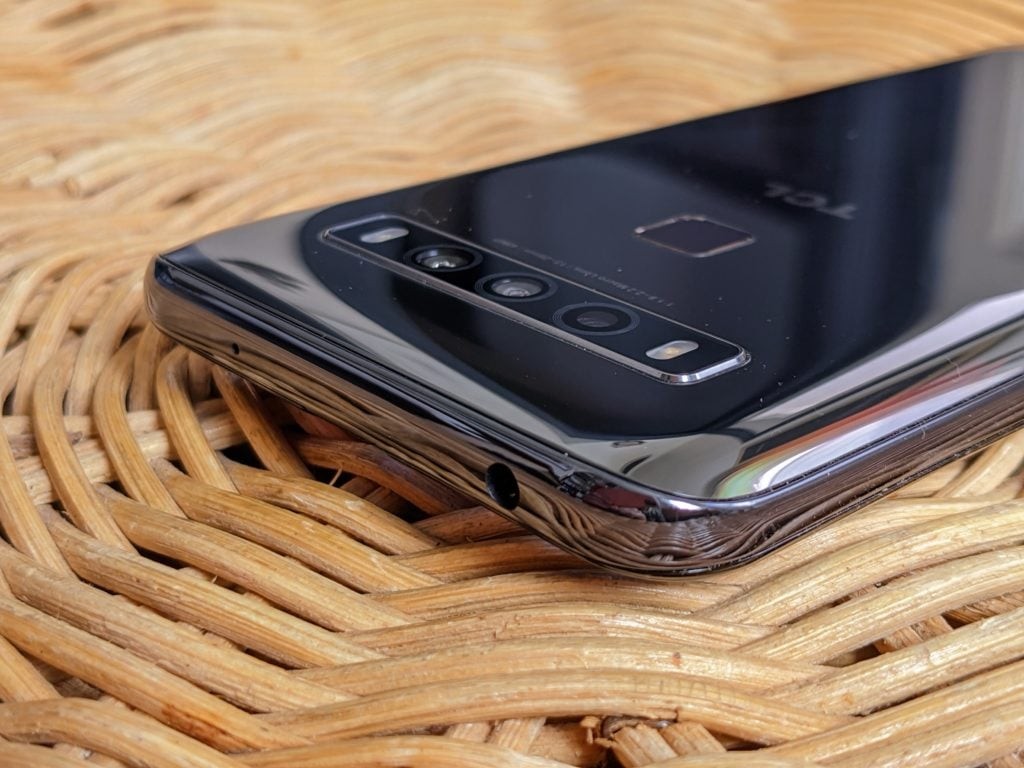 On the audio front, the 10 5G’s mono speaker is somewhat disappointing. It sounds rather thin and doesn’t get very loud. Thankfully, the headphone jack delivers excellent audio with enough power to drive a wide variety of headphones and earbuds. As a bonus, the 10 5G features Super Bluetooth, which lets you play the same sound stream on up to four Bluetooth audio devices simultaneously.

Verizon just rolled out sub-6GHz and mmWave 5G service here in San Francisco, so I was eager to try it out. Despite being in a coverage area according to Verizon’s online map (Potrero Hill), I didn’t see any sub-6GHz 5G (band n5, 850MHz), but I did find mmWave 5G nearby (Mission Bay). And wow, it’s fast! Then again, mmWave 5G only really works outdoors, within line-of-sight (750 feet) of a cell site. 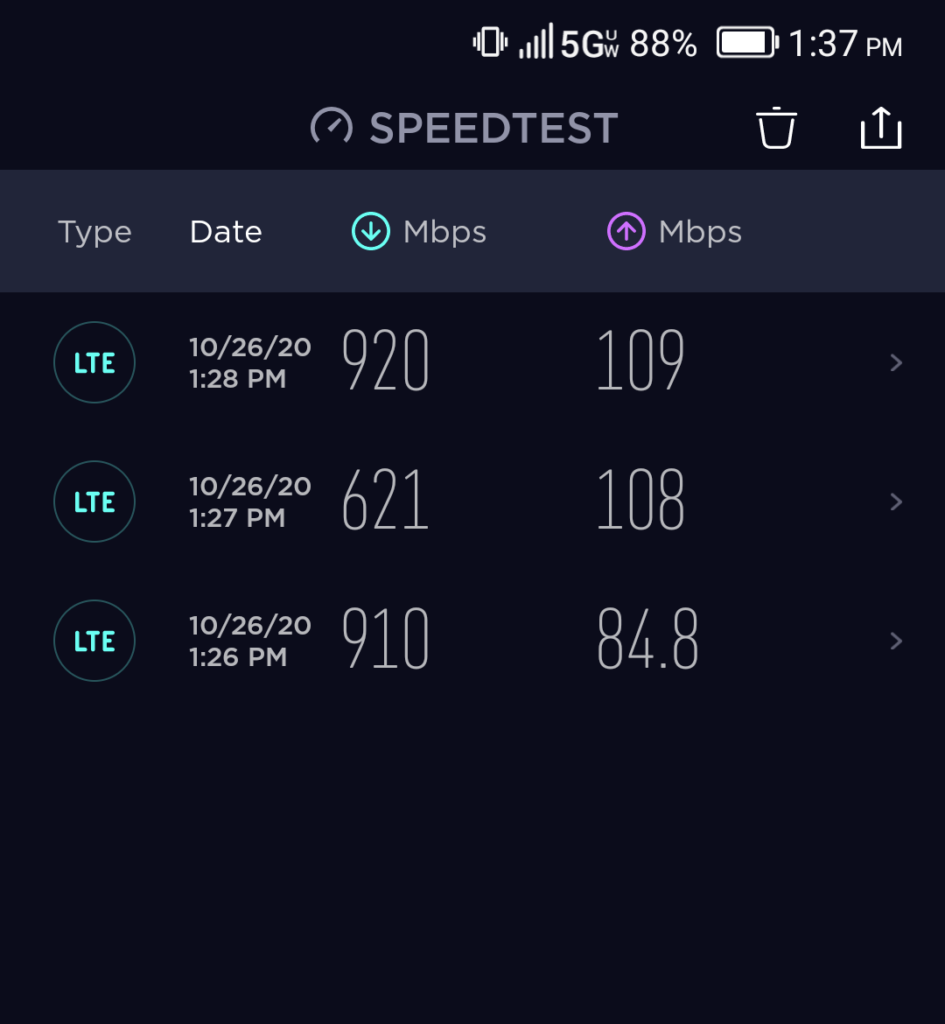 As for overall performance, the 10 5G never let me down. It definitely feels more responsive than the 10L, and handled everything I threw at it without hiccups. The Snapdragon 765G is known for being almost as quick as Qualcomm’s flagship Snapdragon 865 for day-to-day tasks, so that’s no surprise. Even gaming performance is pretty solid on the 10 5G, and will satisfy all but the most hard-core gamers.

Battery life is also strong. That 4500mAh cell keeps on going, and I’m confident most folks won’t have any issue using the 10 5G for an entire day or more. I spent most of my time using this phone on Verizon’s 4G LTE network, but I expect sub-6GHz 5G battery life to be similar (based on my experience with AT&T and T-Mobile’s sub-6GHz 5G). mmWave 5G is definitely more power hungry, but you won’t be using it often. 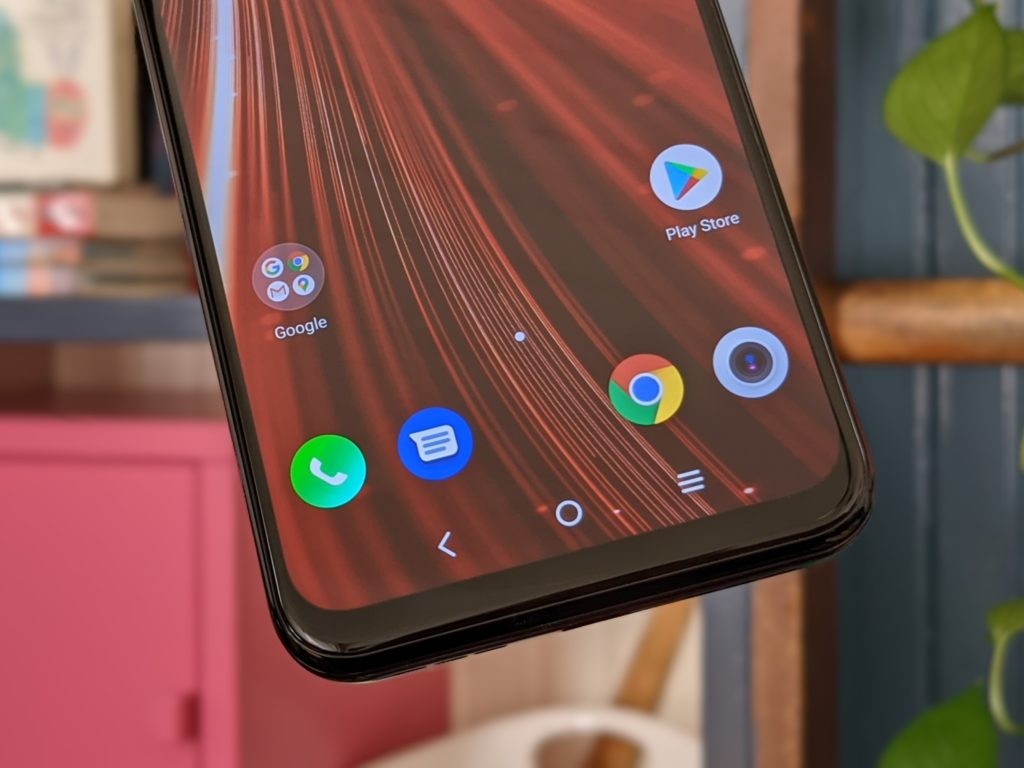 The 10 5G runs a lightly customized build of Android 10. It’s almost stock and reasonably lightweight. Google Discover is included in the launcher, along with multiple sorting options in the app tray, and the settings menu relocates battery and notifications settings in something called “Smart Manager”. Everything else is pretty much where you’d expect. The 10 5G also supports basic face unlock, which is helpful.

I have one big gripe, though, and that’s with the boatload of apps that come preinstalled on the 10 5G. This includes Apple Music, Disney+, Netflix, Pluto TV, Uber Eats, a bunch of Yahoo! apps, several games, and Verizon’s usual in-house bloatware. Nobody needs your crappy messaging app, Verizon! Unfortunately, many of these apps can’t even be uninstalled, and have to be disabled — it’s just egregious.

The $400 TCL 10 5G UW clearly delivers fantastic value in a 5G handset. It offers a gorgeous display, blazing 5G speeds (where available), solid performance and battery life, and reasonably clean software (with quarterly security updates) — in a package that doesn’t look or feel cheap. While that’s impressive, the 10 5G’s middling camera setup and lackluster mono speaker don’t live up to the rest of the phone.

What makes this phone harder to recommend is the Verizon exclusive. I’d love to see an unlocked model for $400, because people need more options in this challenging economy. Also, Google’s Pixel 4a 5G costs just a Benjamin more ($500) and is a vastly superior handset, thanks to an OLED screen, outstanding shooters, and stereo speakers. Verizon even sells a mmWave 5G-capable version ($600).

In the end, if you‘re a Verizon customer, want an affordable handset with mmWave 5G, and don’t mind underwhelming cameras, nothing can touch the 10 5G. On AT&T, consider the $450 Moto One 5G, and on T-Mobile, check out the $400 REVVL 5G. Anything else with 5G will cost you $500 or more. Which begs the ultimate question. Do you really need 5G? That’s your call, but I’m on board.