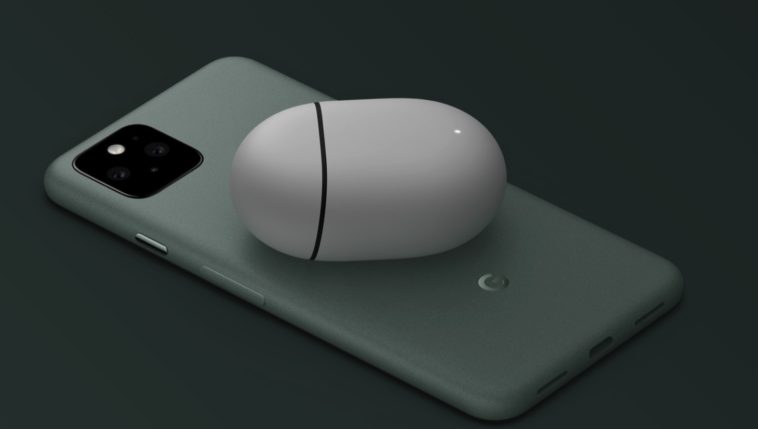 Google has just launched not just one but two new Pixel phones, the newly updated Pixel 4a 5G and the company’s newest flagship, the Pixel 5.

We had our time with the Pixel 4a and it proved to be a highly capable phone that produced stunning photos and provided a great experience overall. Now, Google has not only added 5G but updated both the phone’s hardware and software to be even better than what it was.

The Pixel 4a 5G now sports a larger 6.2-inch Full HD+ OLED display and is powered the more powerful Snapdragon 765G. The cameras also get an upgrade by switching to a dual-camera setup composed of a 12-megapixel dial pixel man and a 16-megapixel ultrawide. It also carries a bigger 3885mAh battery.

The Pixel 5, as mentioned earlier, is the company’s flagship phone that’s meant to rival phones like Samsung’s S20 and the newest iPhones. It houses a 6-inch Full HD+ OLED Smooth Display and is also 5G-ready. Google also improved its hardware by making it water-resistant and capable of wireless charging, two features not available on both variants of the Pixel 4a. For power, it carries a 4,080 mAh battery.

Google says that both the Pixel 4a 5G and Pixel 5 carry “all-day batteries” that promise up to 48 hours when Extreme Battery Saver is on.

Internally, it carries the same Snapdragon 765G as the Pixel 4a 5G but is instead matched with 8GB of RAM. It retains the same 128GB of storage as seen on its siblings. Interestingly enough, it also carries the dual-camera setup and features that are present on the Pixel 4a 5G.

Pixel phones are famous for producing high-quality images with their cameras and these two additions are no different. Both feature Google’s Super Res Zoom technology which allows for sharp details even when zoomed in. There’s also Cinematic Pan for smooth video capture, Night Sight for Portrait Mode, and Portrait Light. 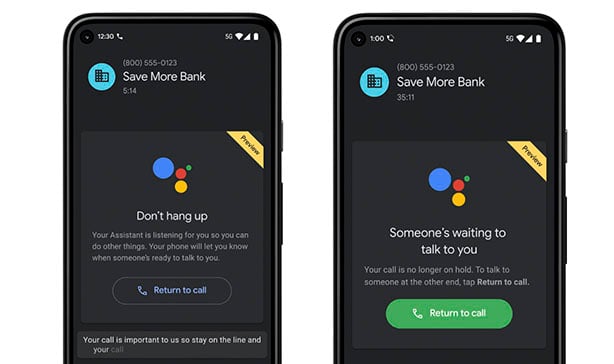 These two new phones also introduce Google’s Hold for Me feature. Albeit just a preview, the Hold for Me feature will instruct Google Assistant to take your place in waiting while on hold. Once ready, Google Assitant will notify the user that there’s already someone on the line that they can talk to. Additional features include HD screen sharing in Google Duo and Duo Family HD mode which will be available later on.

Google says purchasing the Pixel 4a 5G or the Pixel 4 will come with three months of Stadia, YouTube premium, Google One with 100GB of storage, Google Play Pass, and Gold/Silver Status on Play Points.

For those who would rather opt to get the device through a carrier, Verizon will offer pre-orders for the Pixel 4a 5G and the Pixel 5 starting October 29th, The company will be offering customers up to $550 when purchasing the Pixel 4 through a trade-in and new line application to either the Play More, Do More, or Get More Unlimited plans. Trade-in and upgrade will get you $350 while purchasing a Pixel 5 and port-in a new line will grant customers a $250 Verizon eGift Card.

AT&T has yet to announce its pricing and promos but has confirmed that both devices will be arriving in stores this fall. It will be announcing availability soon.