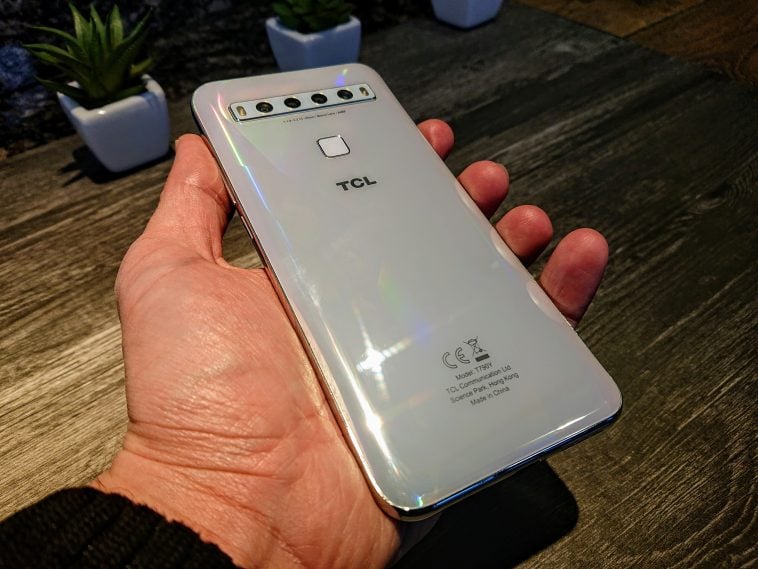 Today at CES 2020, BlackBerry manufacturer TCL gave us a glimpse of their lineup of phones for the upcoming year. Their new offerings included the TCL 10 Pro, TCL 10L and the company’s first-ever 5G smartphone, the TCL 10 5G. These models are slated to release this year — with the 10 Pro and 10L both coming to the U.S. and Canada, but no confirmation on the 10 5G yet. The company plans to announce more details about all three phones at Mobile World Congress next month, but they have said they plan to price all three phones below $500.

The company’s first 5G phone, the TCL 10 5G will be powered by the recently announced Qualcomm Snapdragon 7-Series 5G system-on-chip and it follows the success of the company’s 5G CPE device in 2019. We don’t know too many more specifics yet, but just from looking at the phone, we’re seeing four cameras on the back, rounded edges on the displays, and a cool crystal-like design back on the 10 5G that pops with color when light shines on it.

If you have strong feelings about notches, the TCL 10 Pro has a camera cutout top center, while the 10L and 10 5G have camera cutouts on the top left — the camera looks like a part of the top row of icons, helping it to blend in a little better. All three just have one camera on the front. And, as of now, only the 10 Pro lacks a fingerprint sensor — TCL reps present weren’t sure why the decision was made to leave it off just that model. 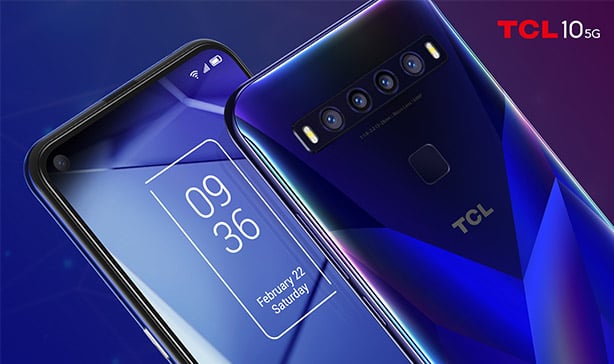 TCL will be featuring its new edge AMOLED display on the TCL 10 Pro. Created in cooperation with TCL Communication’s sister company, TCL CSOT, the new edge display promises a “richer multimedia experience”. TCL CSOT is the company behind the creation of award-winning display panels on TCL televisions and collaborates with TCL Communications on their smartphones, and they help to supply TCL smartphones with high-end displays while allowing TCL to keep their phones more affordable. 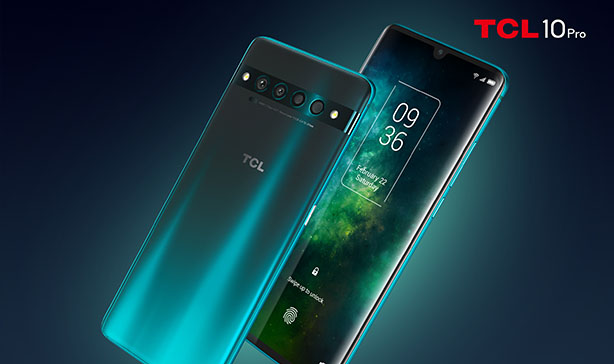 The new lineup of TCL phones will include smartphone features such as quad-rear cameras and TCL’s NXTVISION visual technology. This is a proprietary technology that offers advanced display optimization and camera technology.

Kevin Wang, CEO of TCL Industrial Holdings, says that the release of these phones will be an “important focal point for the larger TCL ecosystem moving forward”. We can most likely infer that we’ll see more devices that will interact and interconnect with each other from TCL this year. 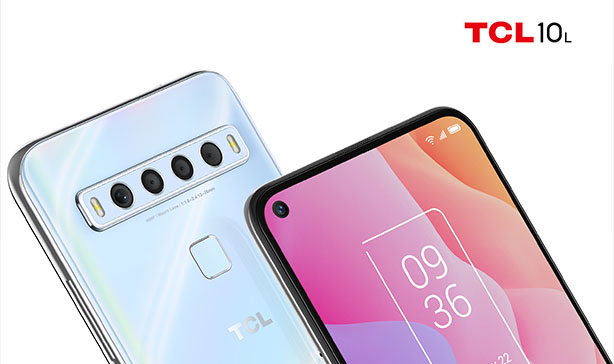 The official launch date of the TCL 10L, 10 Pro, and 10 5G is February 20th, during this year’s Mobile World Congress in Barcelona, Spain.