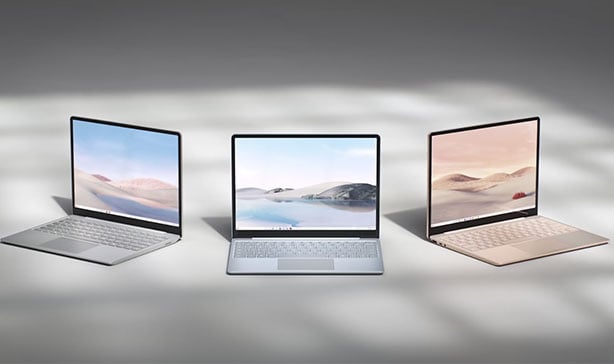 Costing just $549, the Surface Laptop Go is significantly more affordable than its siblings, beaten only by Surface’s tablet offering, the Surface Go 2. It’s a smaller device housing a 12.4-inch PixelSense touch display with a 1535×1024 resolution and a 3:2 aspect ratio.

Microsoft says this is their lightest Surface laptop yet. Weighing in at just 2.45 pounds, it even beats out Apple’s MacBook Air. The device sports a full-size Surface keyboard with 1.3mm of travel for accuracy and comfort. It’s paired with a large precision trackpad. 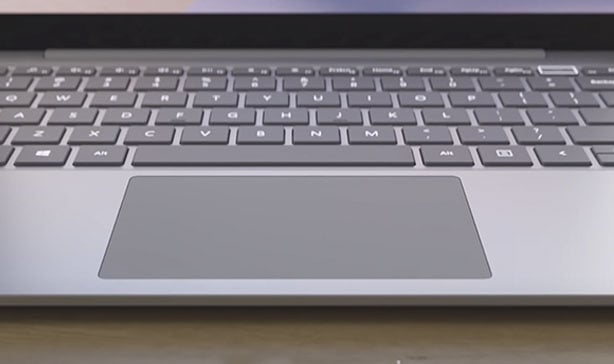 Powering the device is a 10th Generation Intel Quad-Core processor paired with up to 16GB of RAM and up to 256GB of internal storage. It runs on Windows 10 S as its OS. This is basically a more condensed version of Windows 10 which leans towards being more app-centric.

Interestingly, the onboard 720 HD webcam isn’t Windows Hello-enabled. Microsoft, instead, integrated a fingerprint reader into the device’s power button. The device is also equipped with USB-C, USB-A, a 3.5mm audio jack, and a Surface Connect charging port.

Lastly, the Surface Laptop Go boasts of an “all-day battery” which can last up to 13 hours. Equipped with fast charging tech, Microsoft says the device can charge up to 80% in just one hour.

READ  A disc-less Xbox One S is coming in May 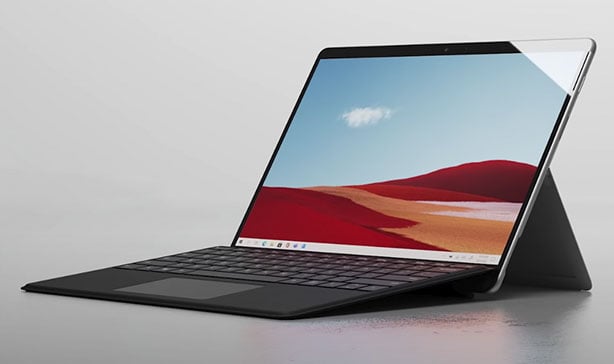 As mentioned earlier, an updated model of the Surface Pro X was also launched alongside the Surface Laptop Go. It receives an internal upgrade that switches out the old processor for the faster Microsoft SQ2 custom processor. Microsoft promises increased performance and longer battery life in this refresh.

The SQ2, having been developed alongside Qualcomm, enables the AI features and intelligent camera experiences like Microsoft’s Eye Contact. The new Surface Pro X now also comes with gigabit LTE for faster connections. 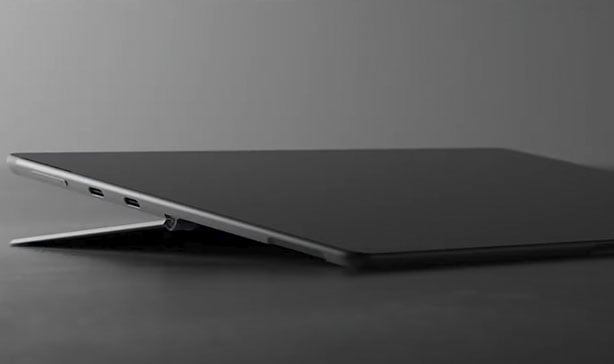 The device’s battery has also received an upgrade claiming to last up to 15 hours. All of these features are wrapped up in a new design that Microsoft claims is the thinnest ever for a Surface Pro. It also now comes in a platinum color option. 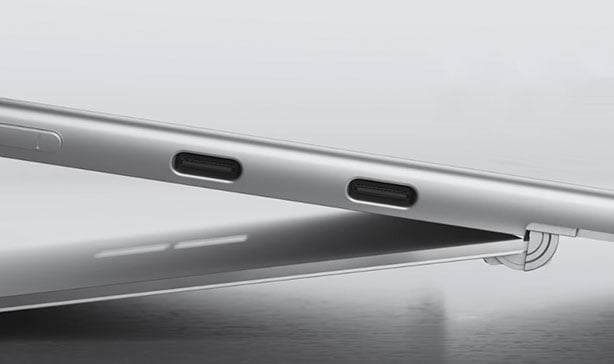