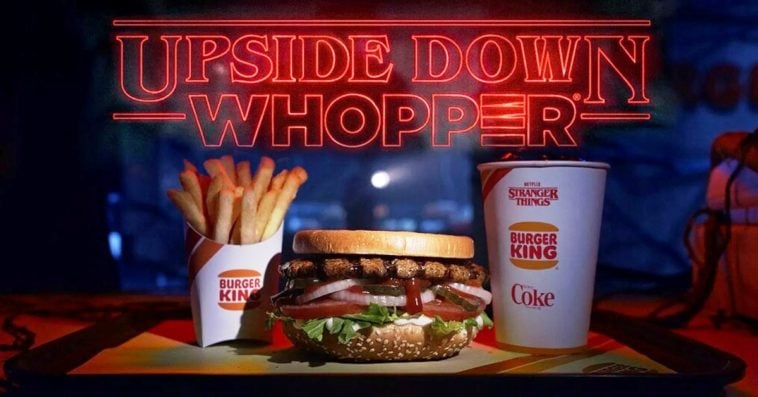 Burger King is going to sell Upside Down Whoppers starting June 21st as part of the promotion for the highly anticipated third season of Stranger Things, which will premiere on July 4th on Netflix.

Named after the show’s Upside Down parallel dimension that houses various monsters, the Upside Down Whopper is literally what it sounds like: a Whopper served upside down. But it comes in nostalgic retro packaging, echoing Burger King’s design aesthetics in the 1980s. The fries and the drink that come with an order of an Upside Down Whopper meal are also packaged in the same way.

Unfortunately for avid Stranger Things fans, the limited-edition Upside Down Whopper will only be available in 11 locations, a reference to the show’s protagonist Eleven, played by Millie Bobby Brown. As confirmed by Burger King’s Twitter account, those 11 locations are:

In addition to Upside Down Whoppers, participating stores will also have limited-edition T-shirts, pins, Burger King crowns, and ketchup packets all inspired by Stranger Things. 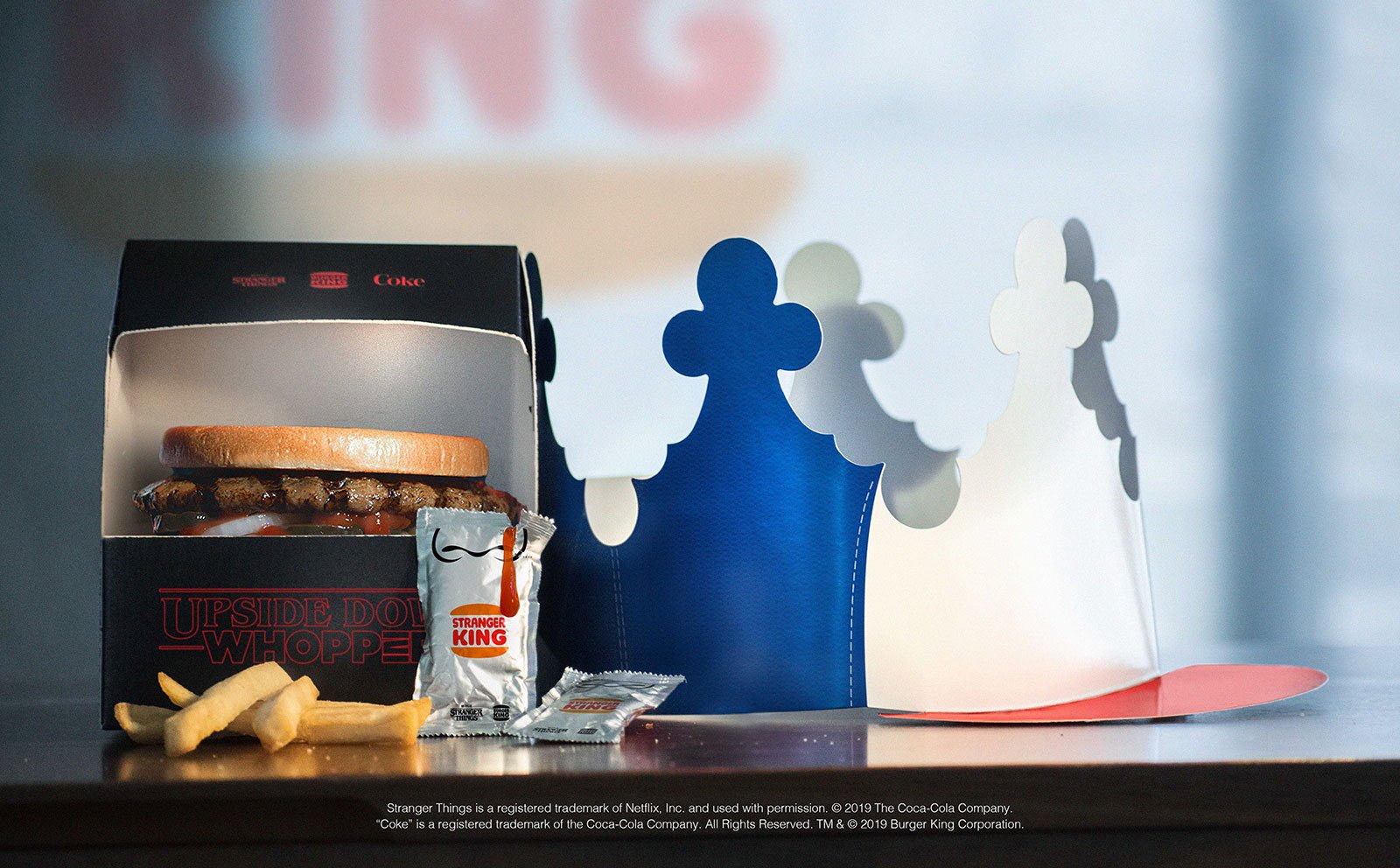 For fans who live outside the abovementioned cities, Burger King has created the $5 Hopper Meal. Named after David Harbour’s Stranger Thing character Sheriff Jim Hopper, the affordable meal can be ordered now until June 20th via DoorDash using the code “STRANGER”. Those who do so will be treated to exclusive content from the show’s upcoming third season.

In a partnership with Coke, Burger King also lets customers scan their drink cups using the restaurant’s app to be entered for one of 100,000 prizes awarded daily.

Additionally, the fast food chain is also giving away a Stranger Things VIP experience via an instant-win game.