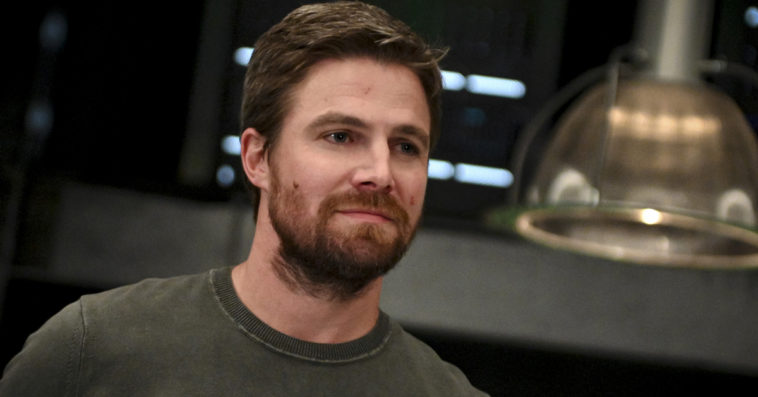 In a recorded interview for Michael Rosenbaum’s Inside of You podcast on October 20th, Amell said he tested positive for the novel coronavirus two weeks prior and was now cleared to go back to film his new Starz series Heels after weeks of quarantine. The 39-year-old actor pointed out that he went into isolation when he first felt symptoms of COVID-19 because another person working on the set of the wrestling drama had previously contracted the virus.

Amell said he’s “always been really good about mask wearing [and] about social distancing,” so he’s not sure where he could have gotten it.” The actor “never ran a fever,” but he woke up one day feeling “the strangest thing.” His right ear was plugged and he was hot and cold.

“For two nights, I was up every couple of hours vacillating between freezing cold and boiling hot,” he shared. “And I would be freezing cold because I sweat through all my stuff. So, I get up, dry off, change my clothes, get back into bed, warm up, and then start sweating again, and the cycle would just [on] repeat.”

The Ontario native said he also experienced dizziness similar to vertigo when he rose into a standing position too fast, and lost his appetite that resulted in him losing 15 lbs. over three weeks. But he had already gone back to the gym prior to the interview and is hoping to get back to looking like he “can bodyslam James Harrison on our cast who’s 285 lbs.”

Amell noted that he’s “never worried about the lethal aspect” of getting sick from COVID-19, but is anxious about “letting hundreds of people down” if he got the virus.

“When it happened, when I got the positive test, for me it became, ‘Holy f—! I just destroyed this show because I’m No. 1 on the call sheet and I work every day, more or less,” said Amell, referring to Heels. “I’m in my head going, ‘S—! They’re going to have to shut down the production. We’re not yet done with the first block of two episodes. Did I just ruin this?’”

Fortunately, Amell’s COVID-19 diagnosis didn’t ruin the show’s production. After shutting down for just one day, the show started to shoot scenes that don’t involve Amell’s character, allowing the actor to recover. “What they were able to do is mind-boggling, quite frankly,” said the actor. “It just goes to show that they were prepared for it, but not everyone has the luxury of taking two weeks off.”

At one point during the interview, Amell urged everyone to continue being safe and smart about the virus. “I have actively, actively, actively tried to avoid contracting this virus. And guess what? I f–king got it anyway, so be smart,” he said. “If you’re being smart, stay smart. And if you’re not, you’re just dragging this s–t on longer for everybody else.”

From Community’s Michael Waldron, Heels stars Amell as Jack, who plays the villain role ― the “heel” ― of the family-owned Duffy Wrestling Association productions. The eight-episode season 1 of the series doesn’t have a release date yet.