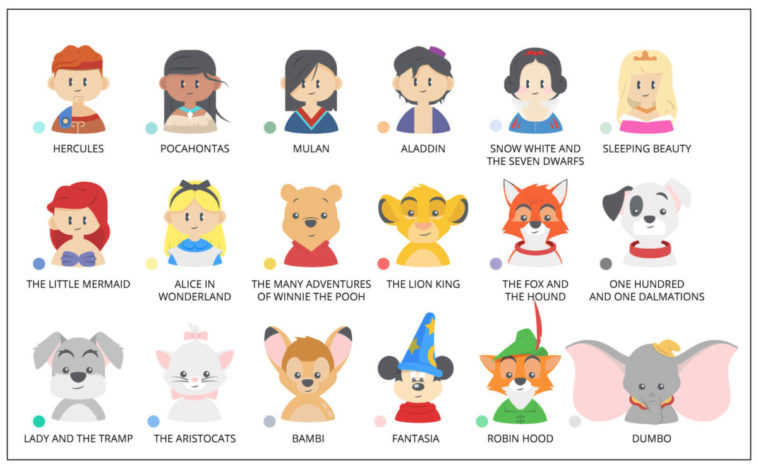 Many would agree that Disney’s awe-inspiring films are as American as apple pie and baseball. But when it comes to ranking ‘the best of the best’ – consensus runs dry. To solve the issue, CableTV.com did an exhaustive study to find out which movie was most preferred by the citizens of the various states.

Unsurprisingly, the study found that a vast majority of Americans favor Disney films led by an animal protagonist. Of Disney’s animal-related lineup, Lion King is the most popular in the US, favored by 17 of our 50 states, notes the study.

In Vermont, where 71 percent of all households own a pet, 101 Dalmatians holds the title. In New York and Alaska, however, it’s Dumbo and Bambi, respectively.

According to the study, they conclude that Dumbo is a favorite in the state of New York because he’s associated with the famous ’New York Elephant Walk’ that once symbolized the yearly arrival of The Ringling Bros. On the other hand, they suggest that Alaska’s vast wilderness leaves many citizens with an affinity for Bambi.

Other noteworthy findings from the study involve Hawaii, Utah, and New Mexico. Mulan – currently being made into a live-action version – is most often preferred by Hawaiian residents – 57% of whom have Asian ancestry.

And while citizens of New Mexico unanimously agreed that Alice in Wonderland is the best Disney classic, the citizens of Utah have an unsettled debate that results in a fourteen-way tie.