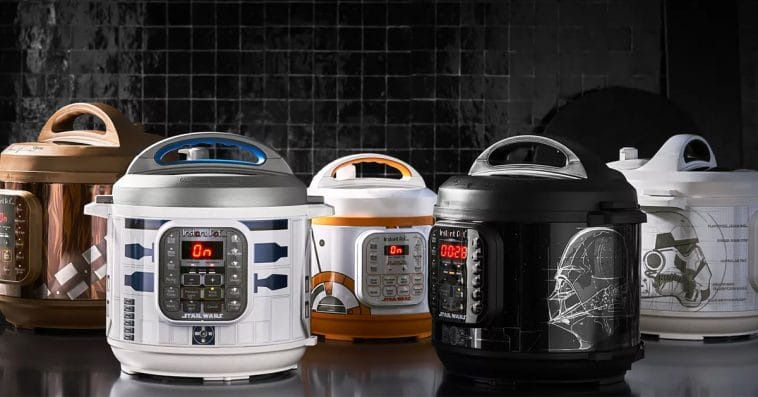 If you think your room is already crammed with too much Star Wars stuff, then it’s probably about time to bring your obsession with the galaxy far, far away to your kitchen. Williams Sonoma has just unveiled its line of Star Wars Instant Pots, and by the looks of it, any of these appliances would make a perfect first item for your Star Wars kitchenware collection.

Williams Sonoma’s line of Star Wars Instant Pots consists of five special-edition pressure cookers inspired by BB-8, R2-D2, stormtroopers, Darth Vader, and Chewbacca. Though different in sizes, each of these “high-performance all-in-one machines” features seven cooking functions and 14 smart programs that can “expertly handle everything from pressure cooking, sautéing and slow-cooking to making yogurt.” They are also equipped with an advanced microprocessor that “speeds up cooking duration by two to six times while using 70% less energy than average.” 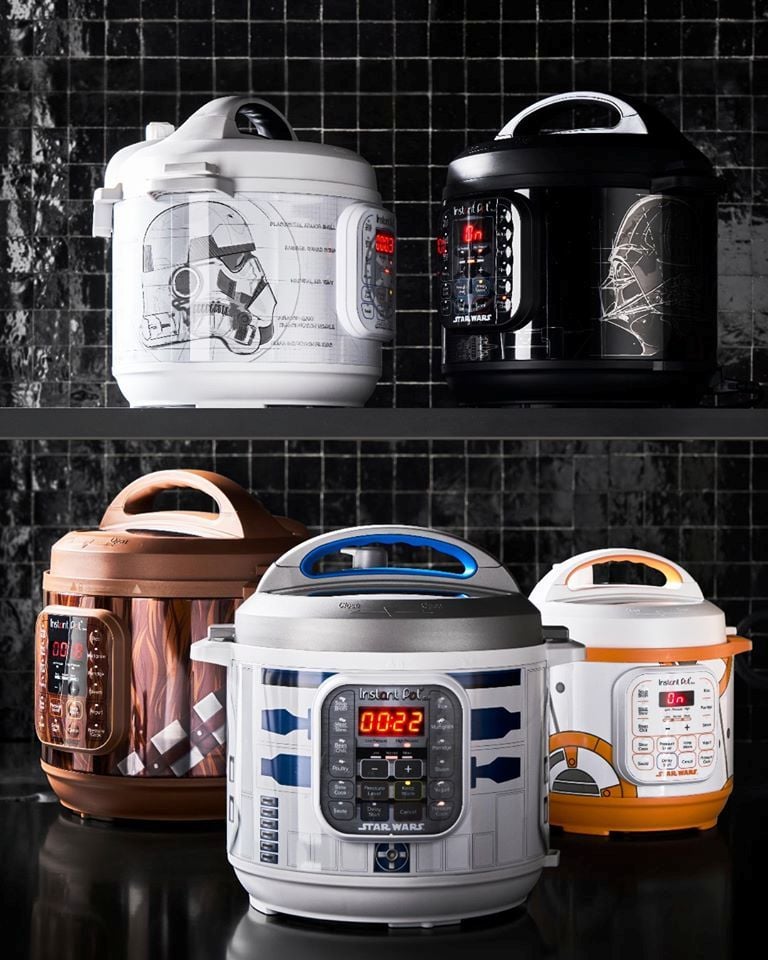 The smallest pot in the collection is the Instant Pot Duo Mini three-quart pressure cooker ($79.95) that looks like BB-8.

Three of the pots, meanwhile, are Instant Pot Duo six-quart pressure cookers. This includes the black Darth Vader model ($99.95), which comes decorated with the character’s visage on the side and the Death Star on the back.

The two other six-quart pressure cookers are a tribute to the stormtroopers and Luke Skywalker’s loyal droid, R2-D2. Featuring a blueprint of the stormtroopers’ iconic helmet and a rendering of the Death Star, the Stormtrooper-themed pot ($99.95) is the most elegant-looking item in the collection. The R2-D2-decorated pot ($99.95), on the other hand, ridiculously looks like the real deal.

Last but not least is the Chewbacca-inspired Instant Pot Duo eight-quart pressure cooker ($119.95). The largest pot in the collection, the appliance has a brown exterior finish that is reminiscent of the beloved wookie’s shaggy brown hair.

The entire collection is now available on the Williams Sonoma website.