A canvas experience designed for adult builders, LEGO Art enables grownups to destress after a long day and self-express themselves through “painting” their very own portrait of pop culture icons using LEGO tiles and a special canvas with small interlinking base plates.

Each LEGO Art set can be built in a number of different ways, so if you want to make and display all versions of each set, you’ll have to buy multiple boxes of the same set. In some cases, canvases can also be connected to each other, allowing builders to create one larger portrait.

The LEGO Art collection is currently comprised of four sets based on film, TV, and music. Geared toward helping adult builders relax and recharge, each set also comes with added soundtracks including music and celeb interviews to help them get in the right “frame” of mind and inspire the best creative builds. Once done, each canvas can easily be displayed in your home, office, art studio or anywhere you’d like using the new hanging element included in each set.

Below are the four sets in the collection:

As seen in the first photo, this set can be built in four different versions featuring different color variations. 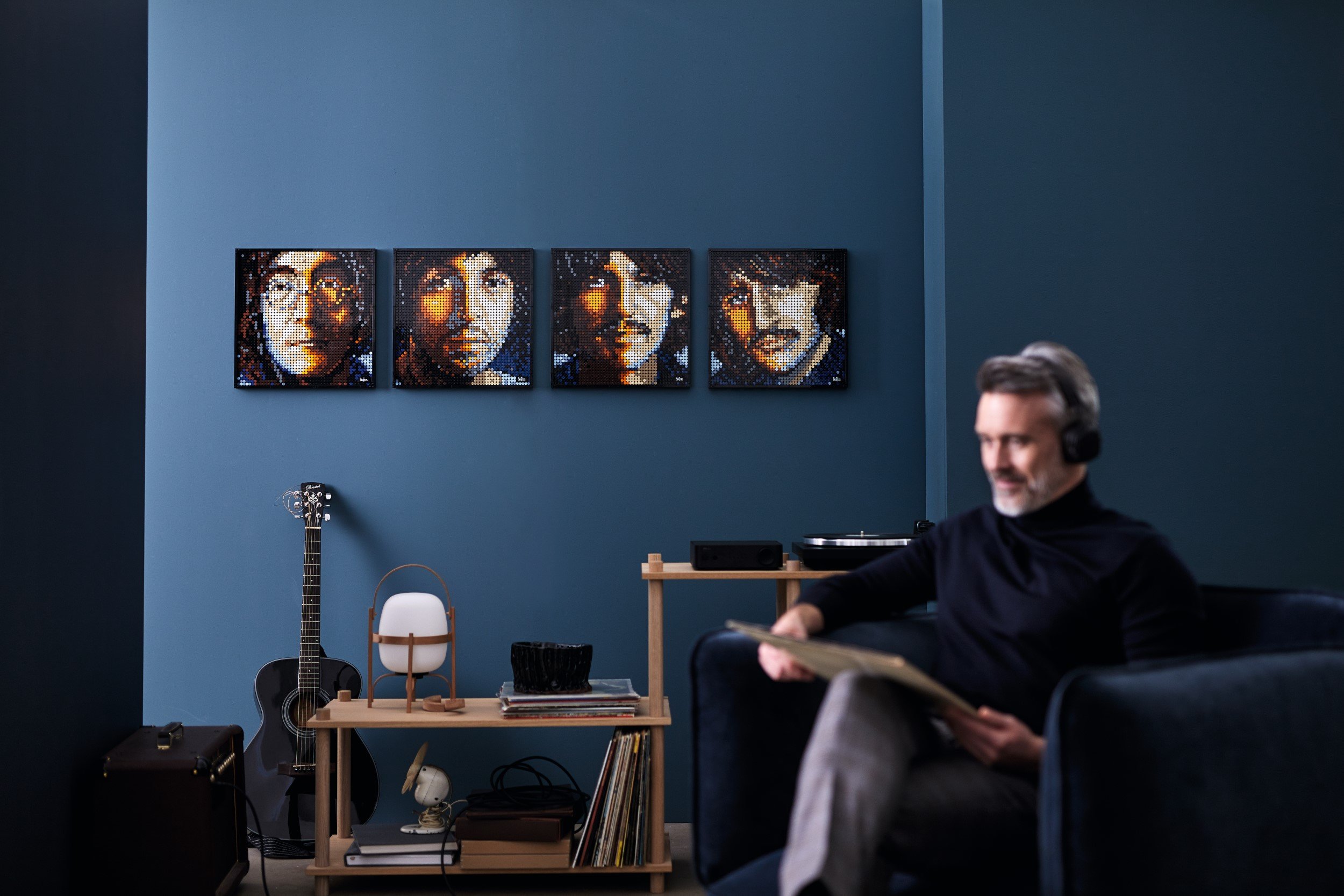 Like the Marilyn Monroe set, this set can also be built in four different versions: John Lennon, Paul McCartney, Ringo Starr, and George Harrison. But as mentioned above, each set can only create one portrait, so if you want to immortalize the entire band in your own living room, you’ll have to buy four boxes of The Beatles set.

As seen in the first picture, this set can be built in three different versions, with each one featuring a specific model of Iron Man’s armor. The second photo, meanwhile, reveals that three units of this set can be interconnected to create a larger portrait of Iron Man about to project a repulsion blast.

This set can be built in three ways: Darth Maul, Darth Vader, and Kylo Ren with his mask on. Three units of this set can also be put together to build a vertical and larger portrait of Darth Vader wielding his iconic red lightsaber.

All four LEGO Art sets will be available from LEGO retail stores and LEGO.com starting September 1st. The entire collection, except for LEGO Marvel Studios Iron Man set, will also hit other retailers across the country on the same date.