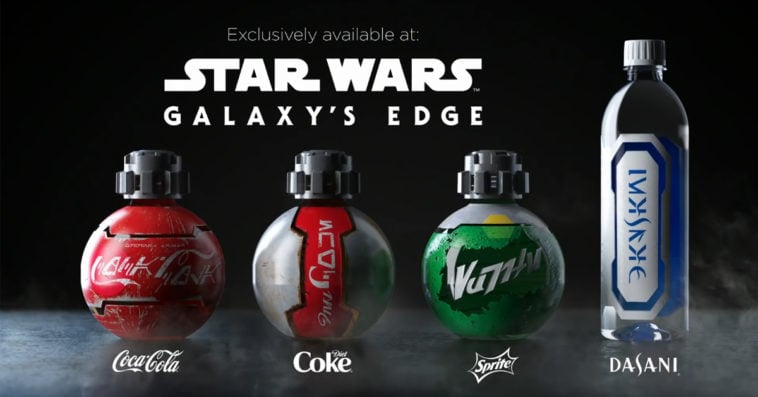 The Coca-Cola Company is teaming up with Disney Parks & Resorts to bring specially designed Coca-Cola, Diet Coke, Sprite and Dasani to the much-awaited Star Wars-themed land, Galaxy’s Edge. As seen in the photo above and in the video below, the custom bottles drop the traditional look of the Coke products for something that fit authentically within the Star Wars universe.

The bottles for Coca-Cola, Diet Coke, and Sprite are spherical in shape, very much like the skittish but loyal astromech BB-8. Meanwhile, the container for Dasani is taller and shares the same color palette with the iconic droid R2-D2. Though the bottles still have brand names on them, the labels are written in Aurebesh — one of the fictional languages used in the epic space opera franchise.

“It’s unlike any Coke product you’ve seen before,” Scott Trowbridge, creative portfolio executive at Walt Disney Imagineering, told CNN Business. “The graphics, the shape of the bottle itself, the cap, all that stuff is very unique to the world and the design language of Star Wars.”

In a blog entry published on the Disney Parks website, Trowbridge pointed out that it was Disney who reached out to Coca-Cola for the collaboration, noting that Disney has a long history with the beverage company dating back to the opening of Disneyland Park and the Refreshment Corner on Main Street, U.S.A. in 1955.

In an interview with CNN Business, Coca-Cola’s vice president of strategic partnership marketing Susan Propp said that the chance to collaborate with Disney for Star Wars: Galaxy’s Edge was too much of a “fabulous opportunity” to pass up. 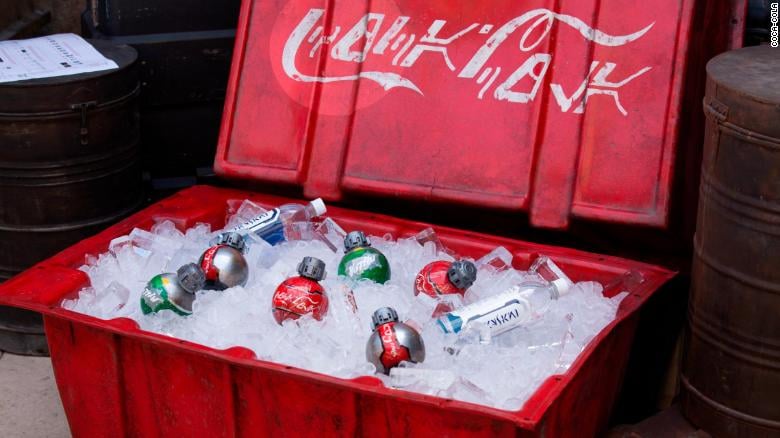 “So many of us at Coca-Cola are just huge Star Wars fans,” Propp added. “We were very passionate about partnering with Disney to create and deliver some type of one of a kind experience for Star Wars fans at Galaxy’s Edge.”

Because the Galaxy’s Edge Coca-Cola bottles will only be available for purchase in the land, Propp believes that these products would serve as souvenirs and even collector’s items for park-goers. “I think guests will probably drink one to stay hydrated or enjoy it in the land and then probably throw one in their backpack and take it home,” she said.